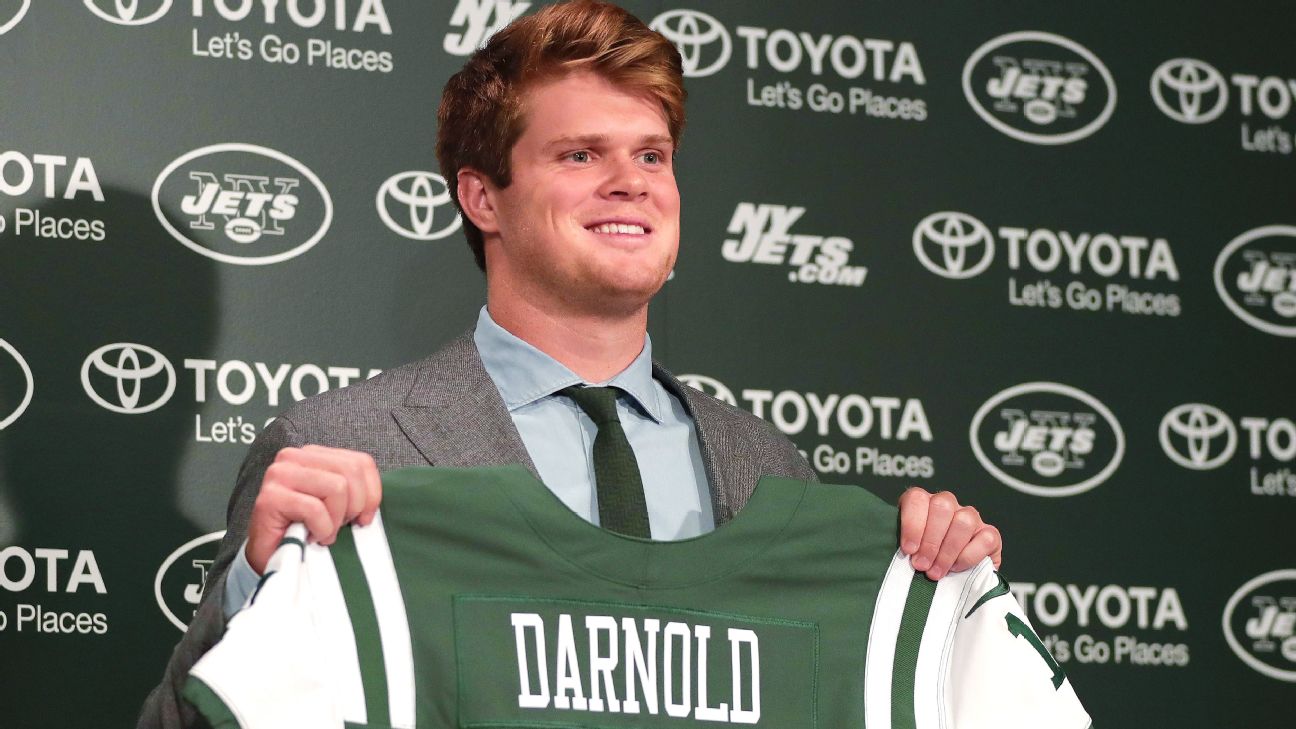 FLORHAM PARK, N.J. -- The New York Jets hailed Sam Darnold as a franchise-altering player when they drafted him third overall in April. Now if they could only get him on the field.

The Jets opened training camp Friday without the rookie quarterback, who is engaged in a contract dispute that no one saw coming.

Rookie contracts are supposed to be layups, but the two sides have sharp differences on certain clauses and language in what will be a four-year, $30.2 million deal, fully guaranteed. Darnold is expected to compete against incumbent Josh McCown and veteran Teddy Bridgewater for the starting job, so a prolonged contract dispute could have serious ramifications.

"I've played, I've coached, I've scouted -- it's part of the business," coach Todd Bowles said after practice. "It's just another day in the office. There's no animosity. It's just the business part. When he comes in, we'll get him caught up to speed and get him ready to go.

"I'm not frustrated," Bowles continued. "I'm a coach. People get hurt, people go down, people get suspended and there are contract situations. That has nothing to do with the team. I worry about the team."

Sources said Darnold's agent is seeking a contract with no offsets, which would allow him to receive his Jets salary and get paid by another team if he gets cut by the Jets at some point. It's called "double dipping." The Jets want an offset because it would provide some financial protection.

They've never done a rookie contract without an offset clause, and they don't want to create a precedent.

The Jets' case is bolstered by the fact that the quarterback drafted ahead of Darnold (Baker Mayfield) and the first quarterback picked after him (Josh Allen) both have contracts that include offsets. In fact, Allen and Darnold have the same agent, Jimmy Sexton of CAA. There may be other sticking points as well, such as how the money is paid out over the course of the contract.

The Jets have a lot riding on Darnold. They traded three second-round picks to move up three spots, and they were ecstatic when the former USC star fell to them. After the draft, CEO Christopher Johnson said "[people] are going to look back 20 years from now and say this is the moment the Jets shifted into a new gear, that they became a great team."

With only two quarterbacks in camp, McCown and Bridgewater split the reps -- a workload that will be difficult to maintain. If the dispute lasts a few days, they may have to add another arm.