Smith denies being paid to play for NC State 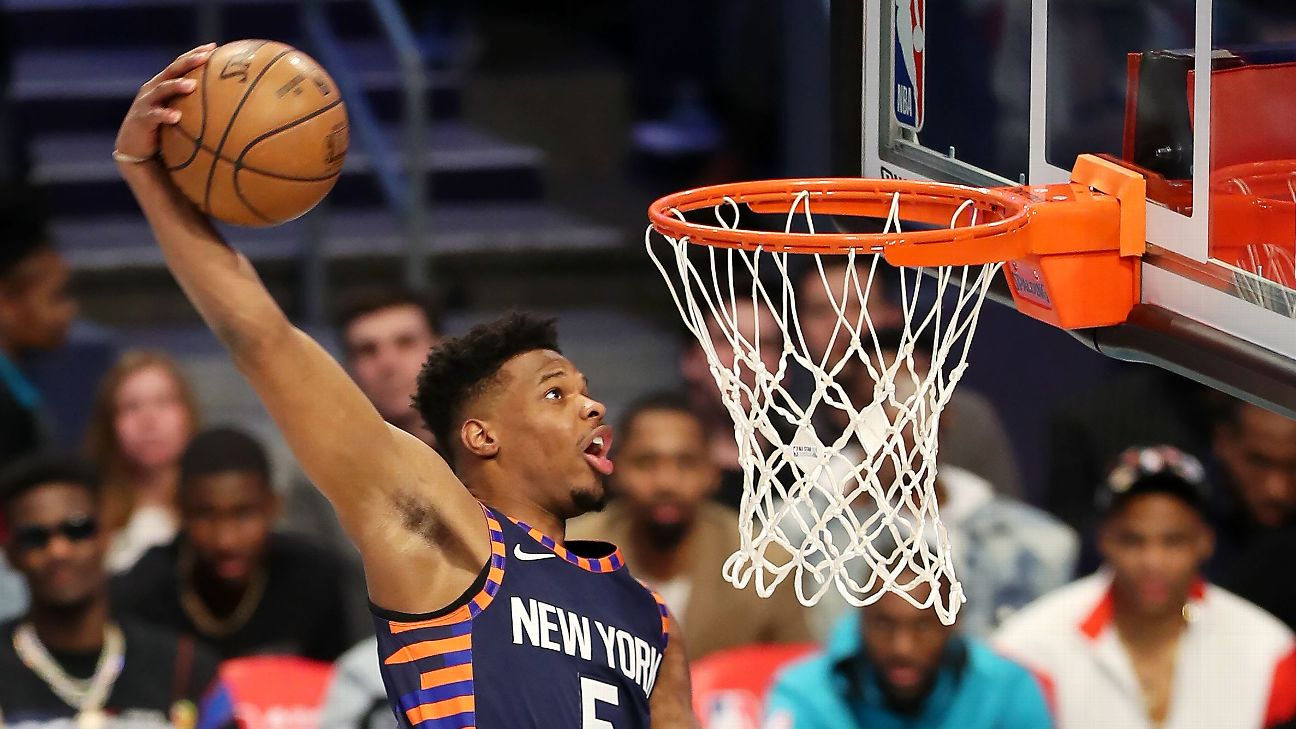 New York Knicks guard Dennis Smith Jr. told NC State officials that neither he nor his family was ever paid by Adidas or anyone else to ensure that he played for the Wolfpack for one season.

Smith, the ACC freshman of the year in 2016-17 and the No. 9 pick in the 2017 NBA draft, told NC State officials that he didn't know former Adidas consultant T.J. Gassnola, whom the NCAA has accused of providing $40,000 from Adidas to former Wolfpack assistant Orlando Early to give to Smith's family in October 2015.

Smith told NC State officials that he wasn't aware of the payment Gassnola allegedly made or any payments from Early or former Wolfpack coach Mark Gottfried, who is now coaching at Cal State Northridge.

NC State received a notice of allegations from the NCAA in July, in which the Wolfpack were charged with two Level I violations, the most serious, including a failure-to-monitor charge against Gottfried. The NCAA said Smith was ineligible while competing in 32 games for the Wolfpack during the 2016-17 season.

The allegations regarding Smith's recruitment were revealed in a federal indictment and criminal trial in New York last year. Gassnola testified during the October trial that he made two payments to people close to Smith.

The second payment came in the fall of 2015, after Early reached out to Gassnola to say there were issues surrounding Smith, who had committed earlier in the fall.

According to a memorandum summarizing the interview, which was obtained by ESPN from the university on Wednesday, Smith told the NC State officials "if he had accepted money he would not have been driving his grandmother's car."

The Associated Press and The News & Observer of Raleigh, North Carolina, first obtained the memo.

Smith also said he "knew how to help himself financially." Doyle asked what he meant, and Smith told them that he received exclusive shoes and gear from Adidas, which sponsored his grassroots team, and that he sold the shoes and apparel to family and friends. Smith said he sold "Yeezy's for like $300." Smith initially said he didn't sell the gear until after he turned pro, but later admitted that he'd been doing it since high school.

NC State officials also asked Smith why he chose to play for the Wolfpack.

Smith also denied that he ever wavered in his commitment to the Wolfpack.

ESPN reported in March that court filings in the federal criminal case linked Gottfried to direct payments to Smith's family.

According to a disclosure from federal prosecutors, Early's attorney said his client disclosed that Gottfried on two occasions gave him envelopes -- containing what Early believed was cash -- to deliver to Smith's trainer, Shawn Farmer, to ensure Smith signed with the Wolfpack in 2015.