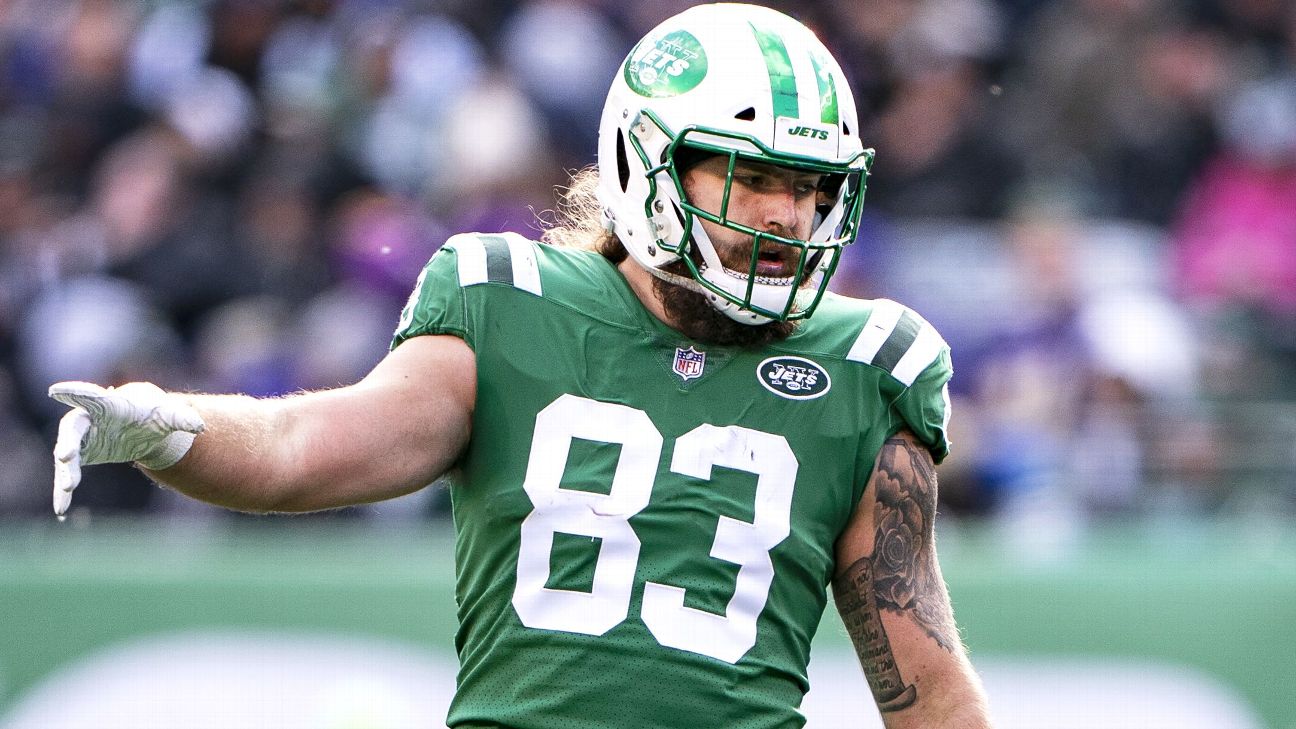 FLORHAM PARK, N.J. -- The New York Jets lost their top blocking tight end this week because of a freak accident in the weight room, typifying their awful season.

While working out Wednesday after practice, Eric Tomlinson dropped a weight on his foot, lacerated two toes and required surgery, a source told ESPN.

The Jets didn't announce the nature of Tomlinson's injury, but they placed him on injured reserve Thursday. Needing an extra tight end for the season finale against the New England Patriots, they re-signed Clive Walford, who was on their preseason roster.

Tomlinson was one of the few regulars on offense who made it through the first 15 games without getting injured. Left tackle Kelvin Beachum and right guard Brian Winters are the only starters to play in every game.

It has been that kind of year for the Jets (4-11), who likely will fire coach Todd Bowles after the season.

Tomlinson, 26, was used primarily as a blocker, but he started 12 games and played 33 percent of the offensive snaps. He finished with eight catches for 72 yards. He also was a valuable contributor on special teams.