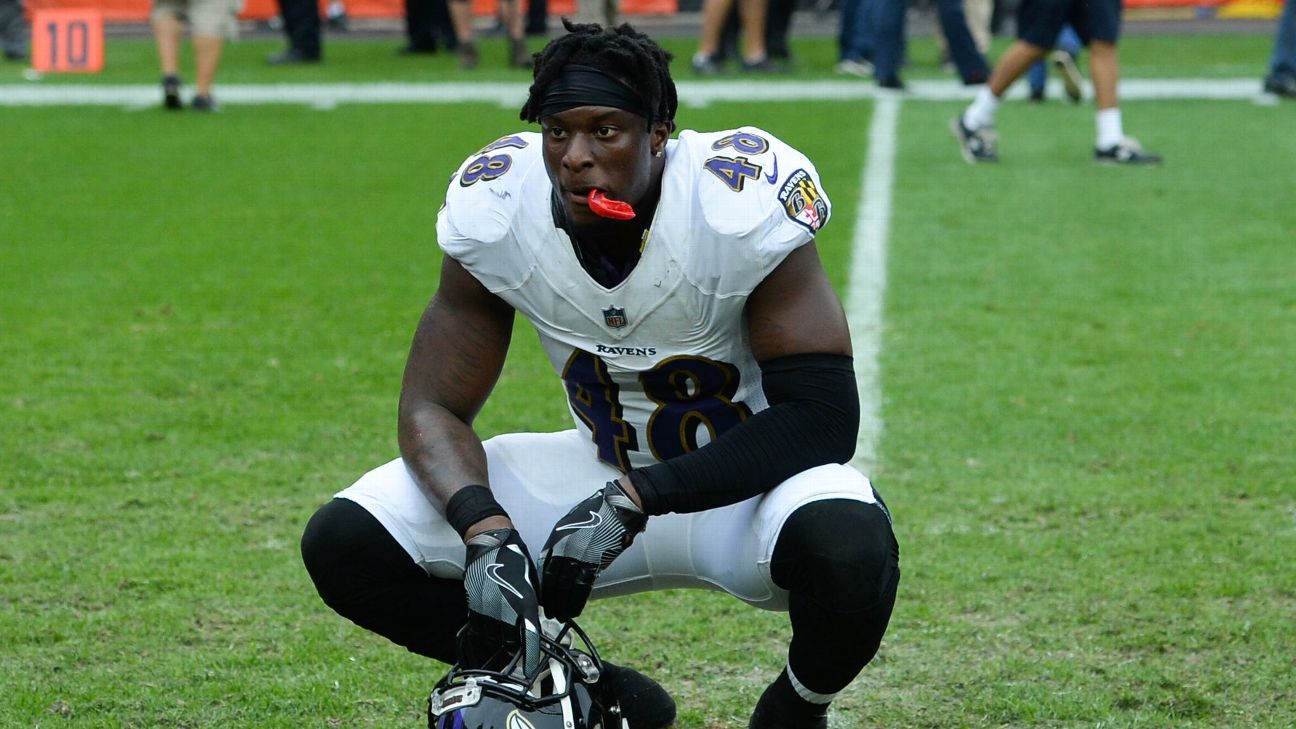 The Jets have a crowded linebacker room after re-signing Neville Hewitt and James Burgess Jr. They already had C.J. Mosley and Avery Williamson under contract, along with second-year linebacker Blake Cashman. The latter three are recovering from season-ending surgeries, so adding insurance was important.

But the Onwuasor addition will intensify the speculation about Williamson as a possible cap casualty. He's due to count $8.5 million on the cap as he enters the final year of his contract, with none of his $6.5 million salary guaranteed.

Onwuasor was the biggest disappointment on last year's defense for the Ravens. He flopped in trying to replace Pro Bowl middle linebacker C.J. Mosley and fell behind Josh Bynes and L.J. Fort on the depth chart at inside linebacker.

Once seen as a promising young talent, Onwuasor, who turns 28 on Aug. 22, led the Ravens with 11 special-teams tackles as an undrafted rookie in 2016 before earning more playing time. He started in 2017 and 2018 at weakside linebacker, totaling 142 tackles, 6.5 sacks and three forced fumbles.

After Mosley signed with the Jets in free agency, Onwuasor started the first five games in 2019 and struggled to stop the run. He was sidelined for two games with an ankle injury and never regained his starting job.

Affectionately known as "Peanut," Onwuasor is at his best when he's playing fast and violent. But he has to improve his play recognition and his ability to read and react to blocks.

NFL Network first reported the deal between Onwuasor and the Jets.