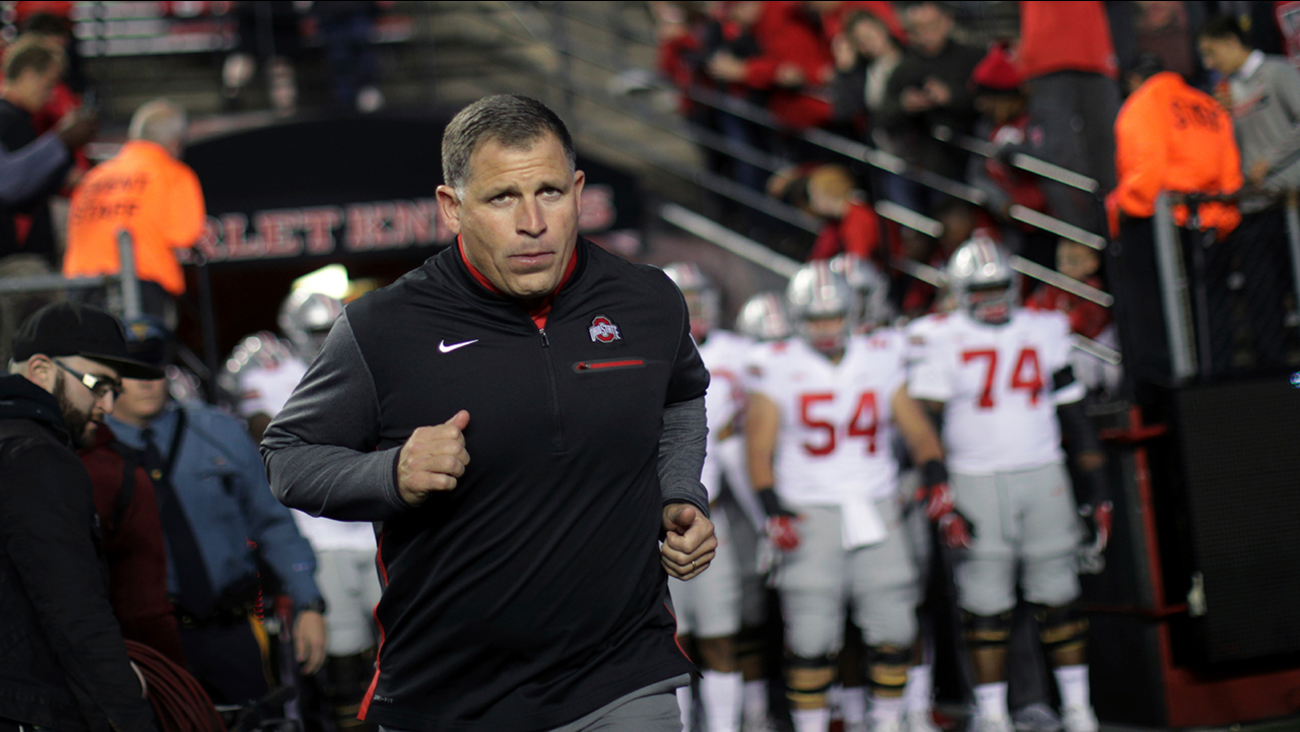 The person spoke Sunday on condition of anonymity because none of the negotiations were intended to be made public until a deal was reached.

The school and Schiano were close to an agreement earlier Sunday, but the deal fell apart after widespread backlash that included a protest on campus and complaints on social media from fans, state representatives and gubernatorial candidates.

Their complaints stemmed from Schiano's background as an assistant at Penn State during Jerry Sandusky's tenure as the Nittany Lions' defensive coordinator. Sandusky is serving 30 to 60 years in prison for his conviction on 45 counts of sexual abuse.

Court documents released last year of a deposition in a case related to the Sandusky scandal suggested Schiano might have been aware of Sandusky's sexual abuse against children, though Schiano says he had no knowledge of what was happening at the time.

Faison was one of at least three state representatives who went on Twitter or issued statements to criticize the possibility of Tennessee hiring Schiano. Republican gubernatorial candidates Mae Beavers, Diane Black, Beth Harwell and Bill Lee also relayed their objections to a Schiano hire.

State Rep. Eddie Smith tweeted that "a Greg Schiano hire would be anathema to all that our University and our community stand for."

Schiano tweeted in 2016 that he never saw abuse or had any reason to suspect it while working at Penn State. He worked for late head coach Joe Paterno from 1990-95, starting as a graduate assistant and then as defensive backs coach.

Ohio State coach Urban Meyer said Tennessee had been in contact with Schiano and spoke out on his behalf Sunday during a conference call previewing the Buckeyes' Big Ten championship game with Wisconsin.

"Greg's been a close friend for 20-plus years," Meyer said. "He's an elite person, elite father, elite husband, and that carries over to how he handles his players. Excellent coach, excellent person."

That didn't stop Tennessee fans from voicing their displeasure with Tennessee's decision to consider Schiano for the Volunteers' coaching vacancy.

About 100 people gathered on Tennessee's campus to protest a potential Schiano hire, with many of them holding signs with various messages such as "Schia-NO."

At a rock on campus where students often paint various messages, the words "Schiano covered up child rape at Penn State," appeared Sunday.

"The accusations that he knew what was going on at Penn State, whether that's true or not, we don't need that kind of drama going on right now," said Shai Simpson, a Knoxville resident who participated in the protest. "We need something that's going to bring us back up right now."

New England Patriots coach Bill Belichick expressed his support for Schiano on Sunday after the Patriots' victory over the Miami Dolphins. Belichick's son Stephen played for Schiano at Rutgers.

Belichick called Schiano "one of the very best coaches, I think, in our profession." Belichick cited the loyalty that NFL players from Rutgers have toward their alma mater.

"I think the relationship that he has with his kids, with his players, and how well prepared his players are (when they) come into this league is exceptional," Belichick said.

Tennessee (4-8, 0-8 SEC) fired coach Butch Jones two weeks ago and ended its season Saturday with a 42-24 loss to Vanderbilt. This year marked the first time Tennessee lost as many as eight games in a single season and the first time the Vols had ever finished winless in SEC play.
Report a correction or typo
Related topics:
sportssportscollege football
Copyright © 2020 by The Associated Press. All Rights Reserved.
More Videos
From CNN Newsource affiliates
TOP STORIES