'The Bogeyman' is back: What Luis Severino expects from himself in his 2019 debut 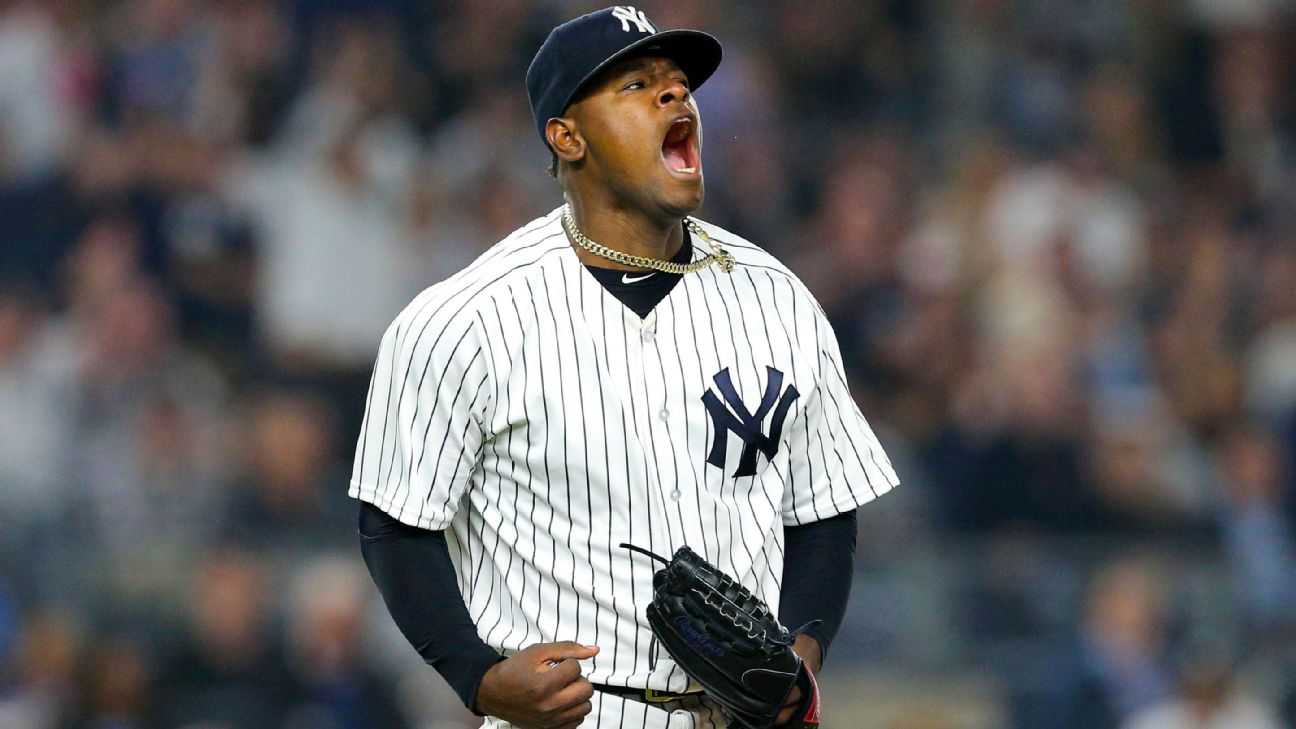 NEW YORK -- Where there was once a Sandman, there now might be a Bogeyman.
At least that's what teammateDomingo GermancallsNew York Yankeesace Luis Severino: "The Bogeyman." Batters, said German, take pause just hearing his name. His stuff can haunt you. And you underestimate him at your peril.

"Remember the way it was when Pedro [Martinez] was going to pitch? Everyone would be tense because Pedro was on the mound. Severino can be like that," said German, who has gone 18-4 with a 4.09 ERA while Severino has been sidelined this season. "He's so strong. He hates losing and loves to compete. He has all the potential to come back strong and be huge for us heading into the playoffs."

As for Severino, he was amused by the comparison. After all, Martinez was his childhood hero and is now a mentor at times.

"It feels good to be thought of that way," Severino said, "and even more coming from a teammate, and especially someone like German who has done a tremendous job with us this year in my absence."

German knows the comparison shouldn't be made lightly. Their Dominican countryman -- and three-time Cy Young winner -- embodied the qualities every pitcher aspires to have: fearlessness and confidence, power and control.

And that's exactly what Severino will be looking for in himself against the Los Angeles Angels on Tuesday, the first time he faces major league hitters since Oct. 8, 2018, a rough night in which he gave up six runs in three innings in a 16-1 loss to the Boston Red Sox in Game 3 of the American League Division Series.

It's been a long road to recovery for Severino, which began when he felt a dull ache in his right shoulder before what was supposed to be his spring training debut on March 5. To make matters worse, his return from rotator cuff inflammation was complicated when he was diagnosed in April with an injured lat muscle.

So the first thing Severino will be looking for Tuesday? Pitching without pain.

"This is the first time I have ever had an injury so that thought is always there. You do have that doubt in your head, 'Will it bother me again?'" he said. "But I haven't felt any pain at all and I hope it's the same on Tuesday -- that I feel nothing. But those thoughts only happen in the first couple of pitches, whether it will hurt or it won't hurt. After that, you are focused on the game, you have all that adrenaline and you forget about that."

If pain isn't an issue, the next step for Severino is to show a glimpse of the brilliant pitcher he was through 18 starts in 2018, when he posted a 1.98 ERA. Although he finished another All-Star campaign with a 19-8 record and a 3.39 ERA in 32 starts, earning his second straight top-10 finish in the Cy Young voting, Severino struggled in the second half. His inability to locate his fastball down the stretch led to hitters feasting on pitches over the plate.

Since his debut in 2015, Severino's fastball has been his most overpowering pitch deep into games, thanks to his lethal combination of hard throwing and movement. But Severino believes establishing his breaking pitches early, especially his slider, will be key to making his fastball effective on Tuesday and beyond.

Severino's velocity has long afforded him a greater margin of error. In his last couple of rehab starts his fastball speed reached 97-98 mph, but he knows reestablishing his command will take time -- and time is most certainly running out, with barely two weeks left in the regular season.

"In my last [rehab] start everything was good except I didn't have full command of my fastball. That's what I'm going to look for. If my secondary pitches are there and my fastball is there, I know I'll be fine," he said. "I have high expectations of myself. We are in the final stretch. I have three outings to try to get the best out of me. By the time the postseason starts, I want to be ready."

For the first time this season, Severino will not be dreading a Yankees homestand.

"It has been difficult for me to just watch. Funny enough, it's been a little more comfortable when the team has been on the road," Severino said. "When we're in New York and I go to a game, and I see the guys competing there, it makes me want to get on the mound. But my family has been a great support. I've also gotten to spend time with my daughters, too. And they have helped me get away from thinking about that all the time."

Despite an injury-riddled season without their ace, the Yankees are on the verge of clinching their first AL East crown since 2012. Adding a healthy and fresh arm like Severino's could be a game-changer in October.

"[We're] getting back one of the best pitchers in the league. That's our trade deadline right there. Having an ace like that," outfielder Aaron Judge said after the Yankees finished a three-game series in Toronto, where Severino rejoined the team Friday. "A boost for us. A boost to our pitching staff, which has been carrying this team."

Said manager Aaron Boone: "No question we're excited to get him back. Feel like he's been in a pretty good place physically now for a couple of months and building really good momentum. Probably a chance to make three starts or so with us, hopefully allows him to continue to build up, continue to find that consistency. He could be a game-changer guy for us, there's no question."

The Yankees know it. Severino knows it. Anticipation in the Yankees clubhouse for the 25-year-old righty's first start of the season is high.

No one is more excited than The Bogeyman himself.

"For the last four, five months I have thought of this one day. What is it going to be like that day. I will try not to be too excited," Severino said. "It has been a long way back and it will be difficult not to be too excited. But I will try to block everything outside and focus on my catcher and hitting the mitt. If I try to do that, I will do a good job on the mound." 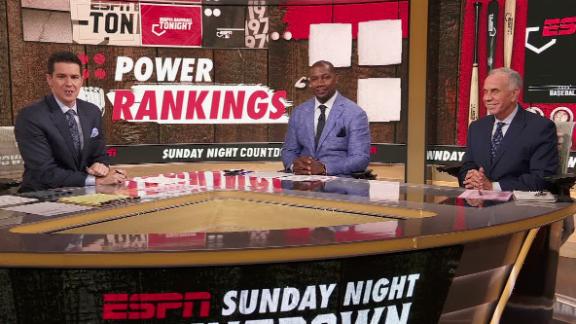