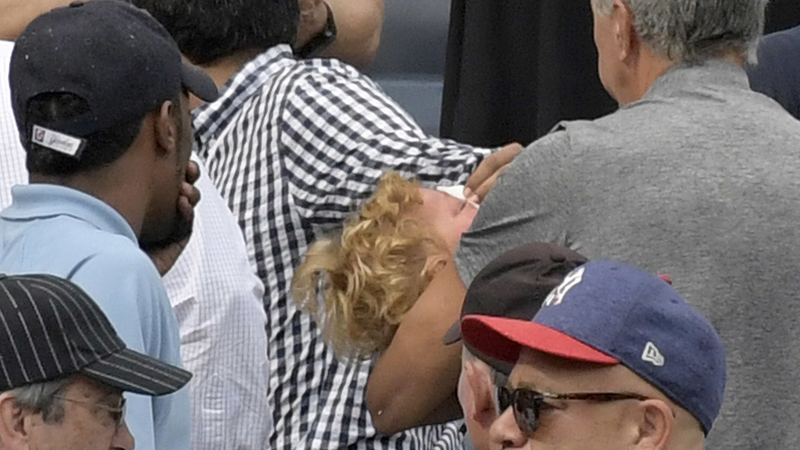 A 105 mile-an-hour foul ball went off the bat of Todd Frazier and hit the 2-year-old girl in the face during the game between the Yankees and the Minnesota Twins.

As the game was delayed for about four minutes, fans frantically waved for help and players were distraught, some with tears in their eyes.


Eyewitness News talked with the girl's father, as he was leaving the hospital Wednesday night.

"She's doing alright, just keep her in your thoughts," the victim's father said.

The moment of the impact had all of Yankee nation holding their breath.

"Look out. Oh my goodness," the game announcer said.

The toddler's grandparents took her to the game.

"You could see the concern on everyone in the ballpark," said Joe Girardi, Yankees Manager. "The players, the umpires, the fans and it's disturbing when it happens. And it's hard for a player when it happens."

Major League Baseball issued recommendations for protective netting almost two years ago, encouraging teams to have it in place between the ends of the dugouts closest to home plate.

The Mets extended the netting at CitiField this season, but Yankee Stadium remained as-is. The Yankees said last month they "are seriously exploring extending the netting" for next season.

Councilmember Rafael Espinal has introduced legislation to turn that recommendation into city law to protect fans.