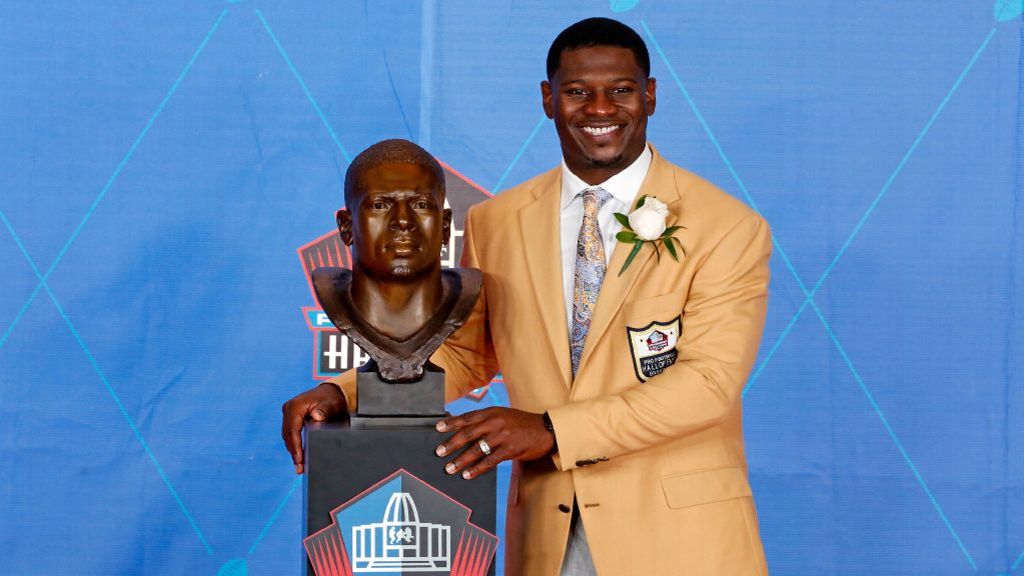 The Pro Football Hall of Fame held its annual enshrinement ceremony on Saturday in Canton, Ohio to induct the Class of 2017.

Tom Benson Hall of Fame Stadium was filled with both current and retired NFL players, coaches, wives and family members who were all there to support this year's seven inductees. While each honoree has every reason to be celebrated for earning a spot in the prestigious hall of fame, two inductees in particular -- LaDainian Tomlinson and Jerry Jones -- seemed to have an abundance of support from loved ones both at the event and on social media.

Tomlinson, former running back for the then-San Diego Chargers and the New York Jets, received shoutouts on Twitter from several of his former teammates.

The entire Dallas Cowboys football team was in the audience to support Jones, who has owned the team since 1989.