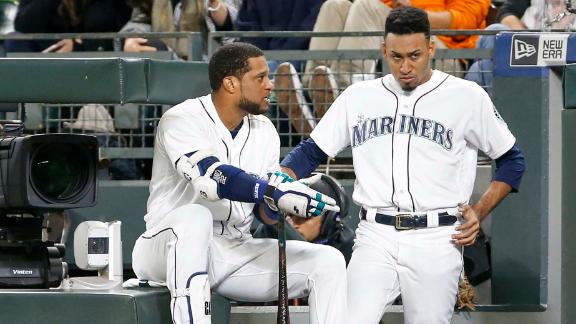 "This trade bolsters our player development system with the additions of Jarred Kelenic and Justin Dunn, while also providing immediate impact to our major league club in Jay Bruce, Anthony Swarzak and Gerson Bautista," Mariners GM Jerry Dipoto said in a statement on Monday. "We view Kelenic as a true 5-tool player with a very high ceiling. Dunn is another former first-round draft pick, who we think has a bright future on our pitching staff. Bruce and Swarzak both bring proven production in the field and a veteran presence in our clubhouse. Bautista has demonstrated an impressive high-velocity pitch mix."

The Mariners are also sending cash to the Mets to offset the money remaining on Cano's contract, but they did not announce how much.

Cano, 36, has five years, $120 million remaining on the 10-year, $240 million contract he signed with Seattle in December 2013, when current Mets general manager Brodie Van Wagenen served as his agent, along with Jay-Z's Roc Nation.

Cano was suspended for 80 games last season for violating baseball's joint drug policy. He hit .303 with 10 home runs and 50 RBIs in 80 games.

An eight-time All-Star at second base who starred for the New York Yankees from 2005 to 2013, Cano reportedly was happy to return to New York and waived his no-trade clause for the deal to be completed.

Seattle, which finished 89-73 this past season, has since decided to go into rebuilding mode. The Mariners have already traded ace James Paxton to the New York Yankees, catcherMike Zuninoto the Tampa Bay Rays and reliever Alex Colome to the Chicago White Sox, and Monday they sent All-Star infielder Jean Segura to the Philadelphia Phillies.

Dunn, a right-handed pitcher, was a first-rounder in 2016, and outfielder Kelenic was the sixth overall pick in 2018. Both players tweeted after they were informed of the trade.