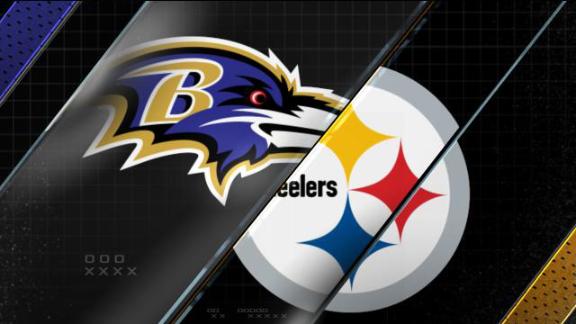 Polamalu has missed the last two games because of a knee injury but he practiced all week. The Steelers listed the 12th-year veteran as probable for the 8:15 p.m. ET game at Heinz Field on their final injury report of the week.

There had been questions about Polamalu's status for the Steelers' first playoff game since 2011 given his injury and how well Will Allen has played the last two games at strong safety.

Tomlin added to the uncertainty at the beginning of the week when he did not commit to starting Polamalu even if the eight-time Pro Bowler was healthy enough to play against the Ravens.

"I needed to see him prepare," Tomlin told the website. "Sometimes a guy is able to play at the 11th hour and they don't get the in-helmet preparation over the course of the work week. When you get to January football and the stakes are high, detail is going to define you. Not only him but us, and you need that in-helmet preparation to do it. He was able to practice this week, and so that made the decision easier."

The Steelers will be without running back Le'Veon Bell, who has been ruled out for their third game this season against the Ravens because of a hyperextended right knee.

Tomlin said the Steelers made the decision on Bell's status Friday to minimize distractions. Bell, who got hurt last Sunday night in a 27-17 win over the Cincinnati Bengals, did not practice all week.

"I said at the top of the week that I would do what was right, and I feel like I did that," Tomlin said of the decision not to play Bell against the Ravens. "It's not necessarily going to be a popular decision with him, but that's why we like him. That's why he is the player he is -- because he is a competitor."

Rookie Josh Harris starts in place of Bell, who finished second in the NFL with 1,361 rushing yards, with Dri Archer and Ben Tate also in the mix.

Weather could be an issue Saturday. Freezing rain made a mess of the roads in Pittsburgh and the surrounding areas Saturday morning. Motorists were advised to stay off the roads as salt trucks made the rounds throughout the area.

It is expected to warm up throughout the day, though the forecast calls for rain during the game.

Inside Edge: Ravens-Steelers
ESPN NFL Insider Mike Sando delivers stats to help you make a pick for Baltimore at Pittsburgh.