Vote: Are the Yankees still in the running for Bryce Harper? 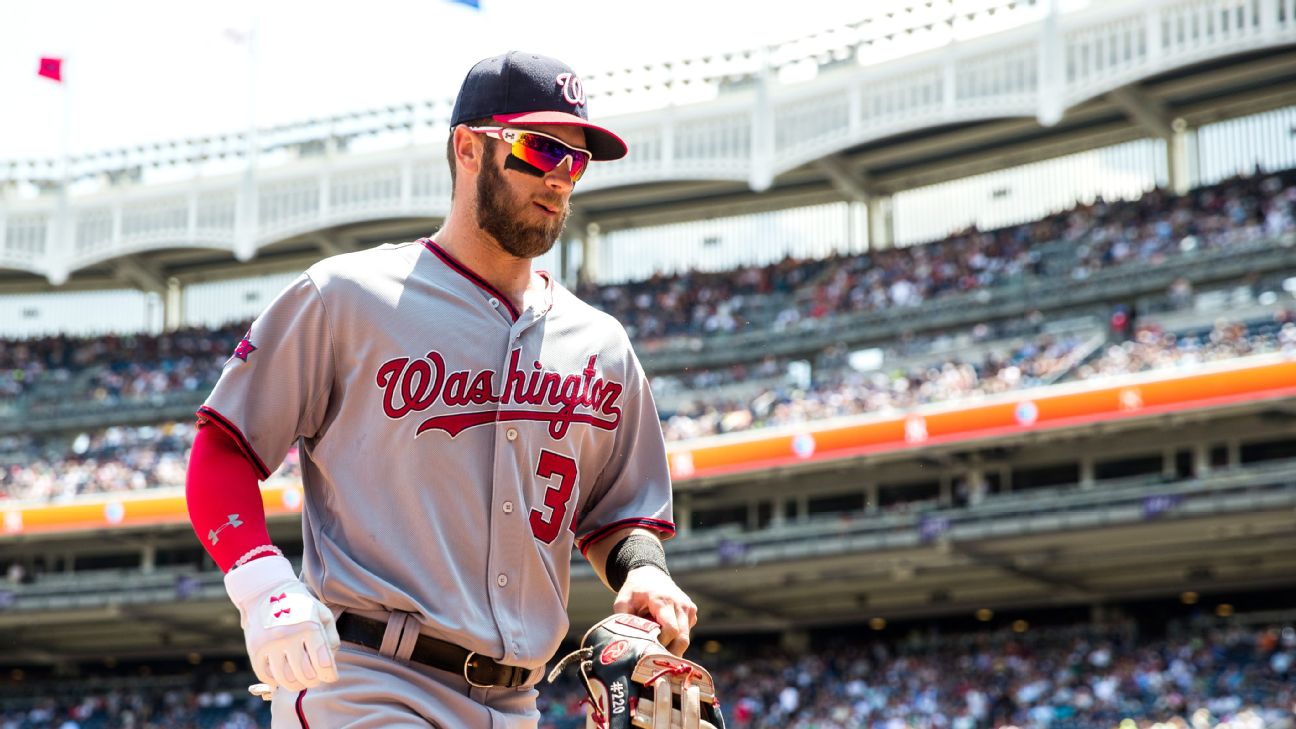 Washington Nationals superstar Bryce Harper enters a rare two-game set against the visiting New York Yankees with just a .236 batting average -- but he leads the majors in both home runs (13) and walks (41).

Will Harper, a free agent after this season, become baseball's first $400 million man? If so, he'll likely need to get as many big-market clubs to bid for him as possible. The Bombers have long been considered among his primary suitors, but with the offseason addition of Giancarlo Stanton, they have a crowded outfield -- and there's more help down on the farm. Still, Harper idolizes Mickey Mantle, and this could be a chance to roam center field at Yankee Stadium as the Hall of Famer once did.

Our Yankees and Nats beat writers, Coley Harvey and Eddie Matz, respectively, share their odds of a Bryce-Bronx marriage this winter. Read their takes, then take our poll below.

Coley Harvey: Bryce Harper might very well be a New York Yankee one day, but that day -- for now -- doesn't appear to be coming anytime soon.

Harper has long dreamed of patrolling the Yankees' outfield, and his bat, glove and arm could be a welcome addition. At present, though, there's an outfield logjam that includes the likes of fellow corner-outfield sluggers Aaron Judge and Giancarlo Stanton, in addition to players down on the farm. The organization has been grooming Clint Frazier (called up before Tuesday's game) and Estevan Florial in center, a position Harper might have to move to in New York. Florial, in fact, has been viewed internally as one of the Yankees' next breakout stars, albeit possibly another year or two away.

The cost of signing Harper is another consideration the Yankees will have to make. Such a signing will come just before New York begins truly considering how and if it'll start paying for the likes of Judge, Gary Sanchez and Luis Severino, young stars who could command their own share of coin as arbitration and free agency starts looming in the coming offseasons.

Of course, never say never. It wouldn't be all that surprising to see Harper in pinstripes in April. These are the Yankees, after all.

Current percentage that he's in the Bronx in 2019: 25 percent

Eddie Matz: When it comes to Bryce Harper's odds of signing with the Yankees, reading the tea leaves is only slightly less challenging than reading "War and Peace" -- in the original Russian.

At his presser early in spring training, Harper shut down the whole "wither Bryce" conversation by telling reporters that if they asked him about anything beyond the 2018 season, he'd "be walking right out the door."

In the absence of cold, hard facts, all we can do is guess. But we can certainly make that guess an educated one. Back in March, ESPN's own Jerry Crasnick polled a plethora of front-office folk on a number of hot-button topics, including where the former MVP will end up next season. Of the 38 execs who weighed in, only two and a half (there were some ties) predicted Harper would wind up in the Bronx. That works out to 6.6 percent, a number that no doubt would've been much higher before the Yankees reeled in big fish Giancarlo Stanton in the blockbuster trade of the offseason.

Because the Yankees are the Yankees, though (they're not called the Evil Empire for nothing), I'll give them the benefit of the doubt and round up a little bit.

Current percentage that he's in the Bronx in 2019: 10 percent 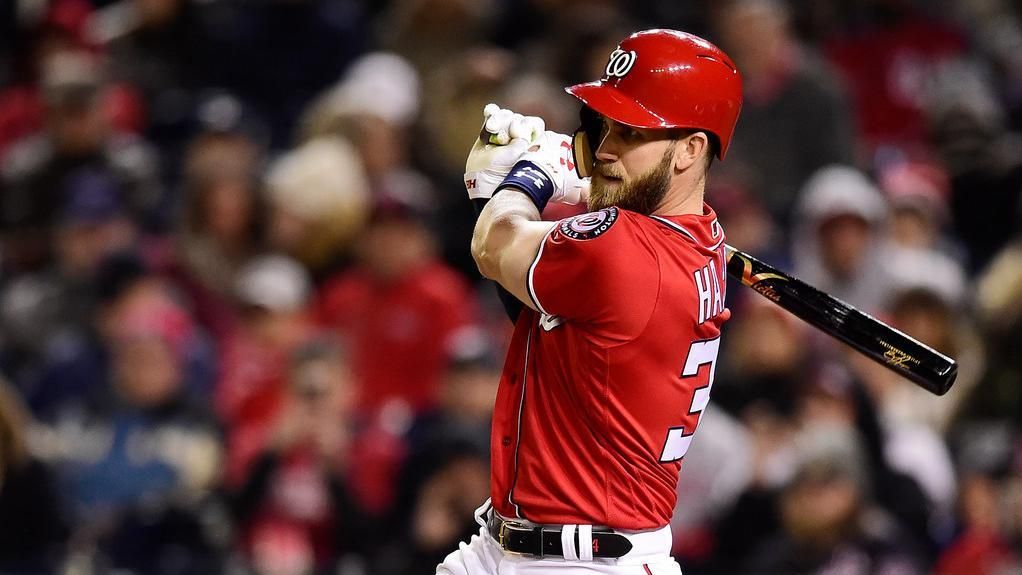