Where would the Yankees be without the New York Rockies? 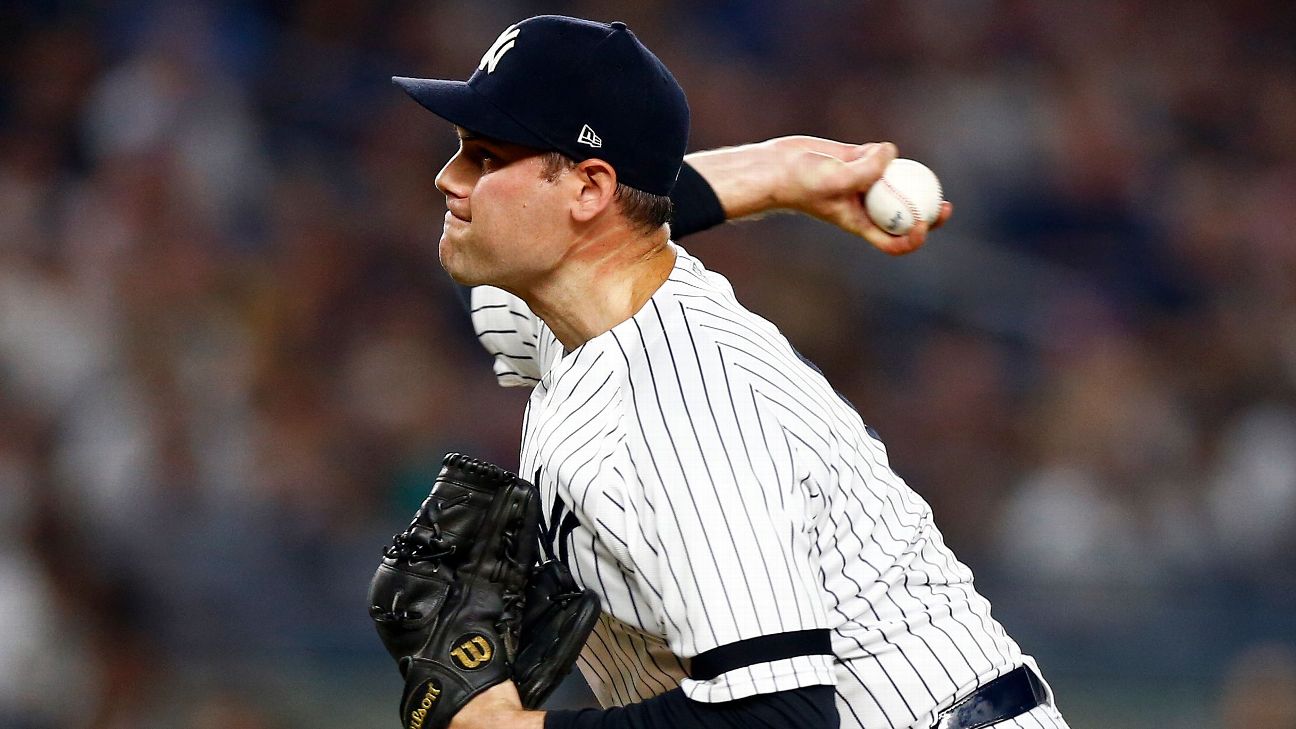 NEW YORK -- Maybe it's something in the low-altitude Bronx air. On the night the Colorado Rockies visited Yankee Stadium for the first time in four seasons, a trio of former Rockies showed up, showed out and proved why the New York Yankees felt it was smart to acquire all three of them earlier this year.

These weren't just "familiar people" to Ottavino and fellow Yankees DJ LeMahieu and Mike Tauchman, though. These were the folks who believed they could continue fielding a competitive team this season without each of their services.

So that's why Tauchman had to flash a smile when asked about going 3-for-4 with a double, two runs scored, a stolen base and a pivotal outfield assist in the victory. It's also why Ottavino wasn't shy about saying his three side-retiring (in order) strikeouts are helping him move in a more positive direction on the mound.

"While it was a cool thing to play against those guys, I had expectations of getting the job done, and going out and performing as if it was any other game," Tauchman said.

Collective performances such as these are making members of the Yankees' front office look so much more like geniuses than many of their league counterparts.

In LeMahieu's case, the story of the game was setting a career high in RBIs, and doing it against the team with which he notched his previous career-best mark. It's a mark he toppled with more than two months of this season left to play. He has 67 RBIs in 88 games this season

"DJ's done well against just about every team this year, and 'Otto' has, too," Tauchman said. "But it was great for them. I'm sure they were looking forward to playing the Rockies ... they were there a lot longer than I was."

When it came to letting Ottavino and LeMahieu leave, the Rockies' desire to go cheaper and younger outweighed retaining them. So in January, the former batting champion and multiple Gold Glove Award winner LeMahieu signed with the Yankees. Three days later, Ottavino, the right-hander whose pitches practically dance every bit of the 60 feet and 6 inches they travel, signed with them, too.

Two months later, as the Bronx Bombers broke camp and wrapped up spring training, Tauchman joined them. Traded for 25-year-old lefty Phillip Diehl, a former 27th-round Yankees draft pick who had been rocketing to relevance within the organization throughout the spring, Tauchman arrived in a move that confused more than a few fans. That's because trading Diehl wasn't the only surprise; the Yankees had been grooming super-utilityman Tyler Wade into a rather dependable outfielder, but suddenly another outfielder was being added to the fold.

Nights like Friday's are proof Brian Cashman and the men and women in the departments under him knew exactly what they were doing.

"Kudos goes to the office for going out and finding us another diamond in the rough," said Yankees bench coach Josh Bard, who managed Friday's game while Aaron Boone served a one-game suspension.

About Tauchman, Bard added: "He just creates a lot of run value."

Specifically, Bard was referencing Tauchman's ability to not only create runs -- scoring twice in the series opener -- but also his knack for saving runs in the field. Often platooned, Tauchman nevertheless entered the game with six defensive runs saved this season, according to FanGraphs. So despite just part-time play, that figure puts him among the 20 best outfielders in the big leagues within that metric, on par with the likes of Michael Brantley, Christian Yelich and Kevin Pillar.

In the second inning Friday, Tauchman had one of the most special defensive plays of the night, delivering a one-hop strike home from left field to nab speedy Garrett Hampson, who had tagged up at third, trying to score on a sacrifice fly.

According to Statcast, Tauchman's throw clocked 91.3 mph. Hampson, who is credited with having the seventh-fastest sprint speed in all of baseball, was tagged out just as he slid into the plate. Statcast also notes that Hampson averages a sprint speed of 30.0 feet per second, a measured speed that is considered "elite."

The outfield assist got Yankees starter J.A. Happ out of early trouble, as he escaped the inning down 2-0, when at least one more run could have scored. Happ, who finished after five innings, allowed only those two runs.

The 36-year-old pitcher, who himself has played for five teams, understands exactly what it's like for a player to want to play well when they face a former team.

"You try not to overthink it," Happ said. "You can get into a situation where sort of as a pitcher, you're maybe like, 'Oh, these guys know me so well from playing with them for so long.' But you sort of hope that once the game starts, you just kind of fall into the rhythm of the game.

"But yeah, there's a little something there, where, if you were somewhere for a while, sort of wanting to be like a 'Maybe you should've held on to me' kind of thing. Or whatever motivation works."

Tauchman wouldn't venture to say if he was motivated in this game by the trade, but Ottavino certainly went down that path for him.

"[Mike] played an unbelievable all-around game, against a team that didn't really give him a lot of chances, honestly," Ottavino said. "To come here and to put his best foot forward, I know meant a lot to him."

Along with Tauchman's success both at the plate and in the field, Ottavino's three-strikeout sixth inning, and LeMahieu's 2-for-5 line that included two RBIs -- one of which came when Tauchman scored from third, beating out a chopper in the infield -- a fourth former Rockie was in Yankees pinstripes Friday.

Reliever Tommy Kahnle warmed up late in the game, but he never entered. Unlike the other three, Kahnle didn't arrive to New York directly from Colorado. Prior to being traded to the Yankees in 2017 from the White Sox, Kahnle had been traded to Chicago from the Rockies in 2015. The player he was traded for, Yency Almonte, gave up four hits and three runs in two innings against the Yankees in Friday's opener. Tauchman's scamper home was the first of the three runs Almonte gave up. A batter later, LeMahieu scored when Aaron Judge hit a two-run home run to right.

As good as it might have felt for them to play against the Rockies, the Yankees' former mountain men contend they harbor no ill will toward their former employer.

"Obviously the Rockies drafted me, and I was able to make my debut there," Tauchman said. "So I have a lot of good memories there, but I'm really excited to be where I am right now, and with the group that we have and the goals that we have as a team. 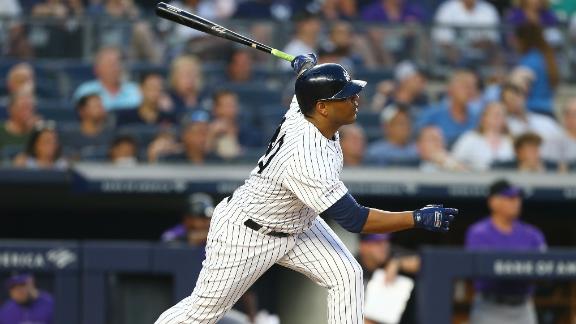