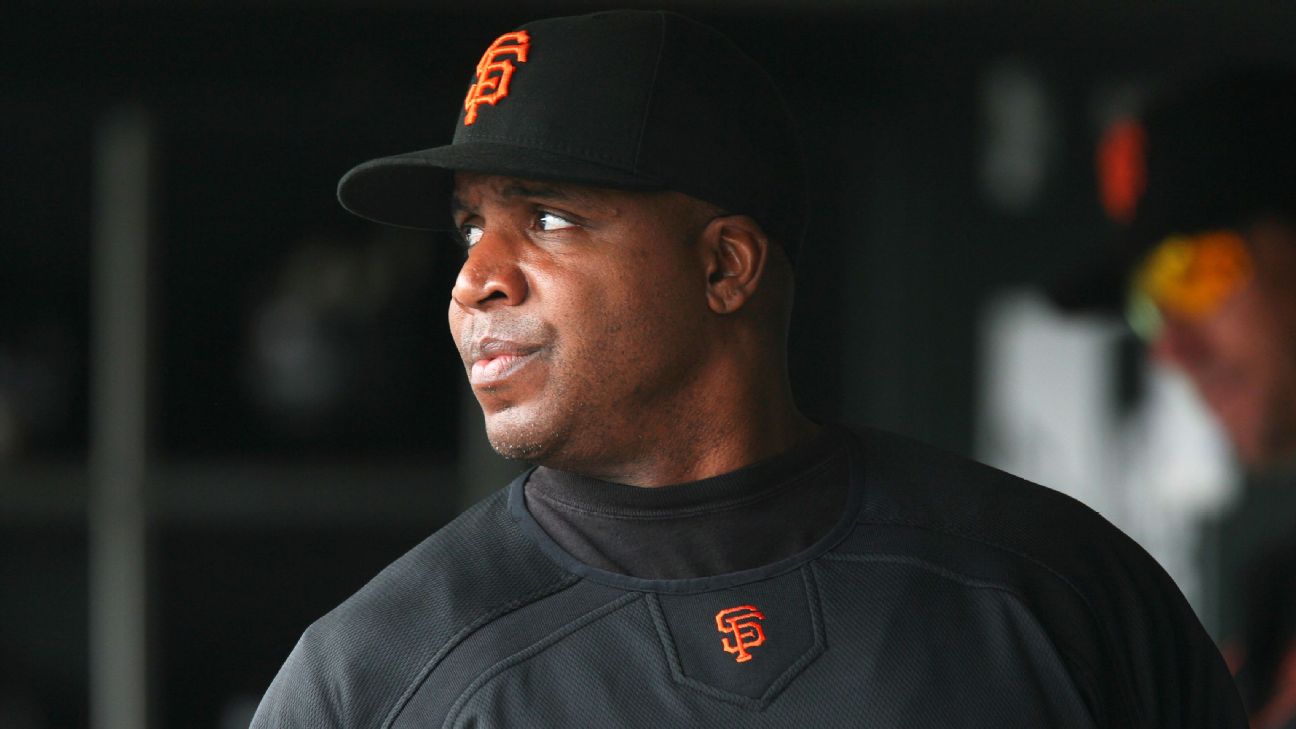 The slow, excruciating bleeding out of Barry Bonds' and Roger Clemens' candidacies for the National Baseball Hall of Fame continued Tuesday. It is the personification of death by paper cut. For three more years, Bonds and Clemens will see a majority of voters consider them worthy of induction into Cooperstown. And for three more years, arguably the greatest hitter ever to play baseball and the most decorated pitcher in the game's history will fall short of the 75 percent threshold for induction.

Saying that with such certitude goes beyond the 2019 vote in which their stalling out carried on in earnest. Bonds received 59.1 percent of the vote and Clemens 59.5 percent, both jumps of less than 3 percentage points. It was more the words of those who did not vote for them, however, that convinced me neither will be selected by the Baseball Writers' Association of America.

Ryan Thibodaux's invaluable Hall of Fame tracker collates every ballot made public by a writer, and this season it published the choices of 232 voters. About 60 of them did not vote for Bonds and Clemens. I wanted to know why, so I reached out to them.

It's an interesting group. Only 10 percent or so are full-time baseball writers. Plenty are retired. Some are general sports columnists. A handful are football writers. Others cover hockey, golf, college basketball. Another does digital marketing. One writes for the American Heart Association. Two, actually, are honored by the Hall of Fame for their baseball writing, and perhaps it's best to start with one of them.

Because Dan Shaughnessy, a longtime columnist at The Boston Globe and provocateur nonpareil -- behold the glory of his Mariano Rivera-only Hall ballot this year -- did a splendid job of encapsulating the moral conundrum Bonds and Clemens present. Nearly all of the 18 writers who responded to my questions presented some variation of what Shaughnessy said.

"In my view," he wrote in an email, "they used and therefore cheated. I don't buy 'they were already Hall of Fame players.' If you lead the Masters by 10 strokes and cheat on the 18th hole of the final day, you are DQ'd. You lose. Because of the cheating."

Shaughnessy was one of only three no-Bonds-or-Clemens voters who didn't answer my first question -- "Can you ever see yourself voting for Bonds and/or Clemens?" -- with a clear no. That's 15 of 18. That's 83 percent. To those voters, that is conviction. To others, it's intransigence.

Whatever one's perspective, it is almost assuredly a sign of failing candidacies. There were 425 voters this year. To reach 75 percent, a player needed support from 319. Clemens received 253 votes and Bonds 251. To make up that difference, Clemens would have needed support from more than 38 percent of those who did not vote for him. For Bonds, that number is 39 percent.

And while 18 voters is a small sample, the answers to my second question -- "What would change your vote?" -- did not offer any particularly realistic scenarios likely to unfold in the next three years. Mark Purdy, a longtime columnist at The San Jose Mercury News who covered Bonds for more than a decade, wrote in an email: "Basically, I'd like to somehow be able to get a true picture of the entire landscape during the so-called steroid era and see how Bonds and Clemens fit into that landscape."

That would indeed be wonderful, and perhaps as time goes on and the stigma of performance-enhancing drugs lessens, it will be more realistic. We're also 15 years post-BALCO, a dozen years separated from the Mitchell report and neither Bonds nor Clemens has come clean publicly about their alleged use. The notion of a wider understanding is perhaps decades away, and it leaves those who couldn't help but marvel at the accomplishments of Bonds and Clemens but couldn't stomach what helped fuel them straddling a moral limbo.

A number said they stumble when considering Rule 5 of the Hall's voting standards, the so-called character clause. "Every year I stop at the sentence that includes 'integrity, sportsmanship [and] character' and my decision on Bonds and Clemens and other players, Sammy Sosa being another, is made for me," Steve Simmons, a longtime columnist, wrote in an email. "I was close witness to Clemens' two best seasons in Toronto, two Cy Young seasons, and am well aware of his extraordinary talents. I can say quite honestly, also, that Barry Bonds is the best baseball player I've seen in my 32 years working at The Toronto Sun. That's what makes this so difficult -- I can't include either of them on a list in which integrity, sportsmanship and character are part of the process. I couldn't live with myself doing that."

Others believe Bonds, Clemens and others tainted with alleged PED use show up enough throughout the walls of the Hall to nullify any argument that it is a museum and should honor players whose performance warrants induction. "No effort is being made to ignore or forget that these guys played just because they cheated," wrote Dan Graziano, now an ESPN football writer, in an email. "What's being denied to them is a plaque in the one, very large, very special room downstairs where the game's all-time greats are honored with plaques. This is a totally separate part of the Hall of Fame from the rest of the museum and is reserved for those who are honored with selection. A decision not to vote for these guys is a decision to deny them that one high honor -- not to pretend none of this ever happened."

I understand all of their perspectives because I've considered them myself. Before I gave up my Hall of Fame vote last year -- in large part because I abhorred the Hall's use of Joe Morgan as a proxy to propagandize the exclusion of alleged PED users -- I was among those who voted for Bonds and Clemens. I disagree with Graziano's sentiment. I do think the walls of that room are empty without Bonds and Clemens. I do think as much as the story of baseball is told in other parts of the museum, those might as well be its phalanges. The plaques are the Hall's heart.

And that heart can be flawed without denigrating the museum. On the contrary, it humanizes it, illustrating that baseball is a sport with complicated people who make selfish decisions. It is in that way, and so many others, a mirror for life, and recognizing Bonds and Clemens for their incredible achievements on the field would not cheapen those of their contemporaries in the Hall but remind that it is a sanctum for the best and only the best.

Journalists who call upon transparency from institutions should at very least practice it themselves, so while my opinion diverges from those opposing Bonds and Clemens' inductions, I respect their willingness to stand up for what has become, at least among the electorate, a minority opinion. The general sentiment is captured well by Ross Newhan, the longtime Los Angeles Times baseball writer and, like Shaughnessy, a J.G. Taylor Spink Award winner honored by the Hall.

"Their use of chemicals to inflate body and performance was so far beyond circumstantial that it remains impossible to ignore," wrote Newhan, whose son, David, was an eight-year major leaguer. "Do I feel badly about this given their Hall of Fame-worthy performances before what we call the steroid era? No, I think they took those Hall of Fame-worthy performances and cheapened them to such an extent it is impossible to ignore and was totally unnecessary."

And in the end, it will be the undoing of Bonds and Clemens' candidacies, at least for the foreseeable future. Maybe someday the Hall stops seeing Bonds and Clemens as the latter-day Shoeless Joe Jackson and Pete Rose, two players whose performance clearly warrants induction and whose misdeeds prevent it from happening. All Barry Bonds and Roger Clemens have left is maybe. Because over the next three years, as pressure from various corners ramps up to get them in, there will be only slight movement, simply trickles of new votes. Conviction, intransigence, whatever you want to call it, will make sure of that.