Why Barry Bonds and Roger Clemens will get the Hall call

ESPN
By Jayson Stark
Barry Bonds and Roger Clemens. What a cute Hall of Fame induction day couple they're going to make. Feel free to imagine what that day will look like -- because guess what? Barry and the Rocket are going to get elected.

Sorry, I can't tell you what year. But what the 2017 vote totals told us was as clear as an undetectable steroid: This is happening.

Clemens has made it all the way up to 54.1 percent of the vote. Bonds was one vote behind him, at 53.8 percent. And you know what's lurking just over the horizon when Hall of Fame candidates start collecting more than half of all the votes cast? The chiseling of their plaques.

How do we know that's where this is heading? Here is how:

It's true that not everyone in history who cracked the 50 percent barrier got elected to the Hall of Fame by the writers. Since 1969, the first year of the modern voting system, seven players have actually failed to do that.

Here's that list: Gil Hodges, Enos Slaughter, Nellie Fox, Jim Bunning, Orlando Cepeda, Jack Morris and the latest addition, Lee Smith, who fell off the ballot after this year's vote in his 15th and final spin.

Slaughter, Fox, Bunning and Cepeda eventually got to Cooperstown, elected later by the Veterans Committee. Let's just say that doesn't look like a promising fallback position for Bonds and Clemens at the moment. But who knows how future permutations of the Veterans Committee will look back on this era? The world is changing really quickly.

But we don't need to think too deeply about the Veterans Committee right now because Bonds and Clemens fit into two way more promising categories.

Zero to 50 in five years

Pay attention because this is important. Most of the names on that list above don't bear much resemblance to the cases of Bonds and Clemens. Why? It took most of that list a lonnngggg time to get over the 50 percent threshold. Barry and Roger got there in their fifth lap around the track.

Here's why that's a big deal: In the past 40 years, 26 other players made it to 50 percent or beyond within their first five years on the ballot. Four of them -- Curt Schilling, Mike Mussina, Vladimir Guerrero and Trevor Hoffman -- are still in voting circulation, so we'll put them aside. Guess what the other 22 all had in common.

You've got it. All 22 of them got elected. By the Baseball Writers' Association.

Since the dawn of modern voting, the only man who fit this first-five-years description and didn't get elected was Hodges. And that goes back to such a different age that the first year he reached 50 percent (1971), voters were so stingy with their votes that they didn't elect the great Yogi Berra on the first ballot. As a result, to include Hodges in "modern" voting is a stretch.

But wait. There's one more reason Bonds and Clemens look like sure things.

Here's the other important tidbit to remember about these two guys. They're almost up to 55 percent, and they have five years' worth of elections remaining to pull in the extra 100 or so votes they need.

Why does that matter? History says that's plenty of time to find those votes.

In the era of "modern" voting, among players who aren't currently on the ballot, only one man with this many years to go has gotten as close to election as Bonds and Clemens are now without making it to the Hall. And that would be Hodges again.

Since Hodges dropped off the ballot after 1983, 23 other players have been this close with at least five elections remaining, and 22 of them were elected by the writers. The other was Bunning, who missed by four votes and then was voted in by the Veterans Committee.

(By the way, the reason this is a different list from the previous category is that until two elections ago, players spent 15 years on the ballot -- not 10. Just wanted to clear that up, in case of any confusion.)

Now, maybe Bonds and Clemens are such lightning-rod candidates that they belong in a category all their own. And maybe those 100 or so writers they need to win over are so dug in that they'll never, ever vote for these two.

But have we mentioned that the world is changing? Once upon a time, did you expect to see them both add 17 percent to their vote totals in just two years? Did you see once-staunch opponents writing columns about how they've completely changed their minds on how to handle those "PED guys"? Did you see the election of Bud Selig by the "Today's Game Era Committee" opening the floodgates for Bonds and Clemens to start piling up votes?

Well, all that has happened. Hasn't it? So you might want to make your Cooperstown hotel reservations for July 2018 or 2019 or 2020 right now -- because that Barry Bonds/Roger Clemens induction day is absolutely, positively guaranteed to be a baseball bash none of us will ever forget. 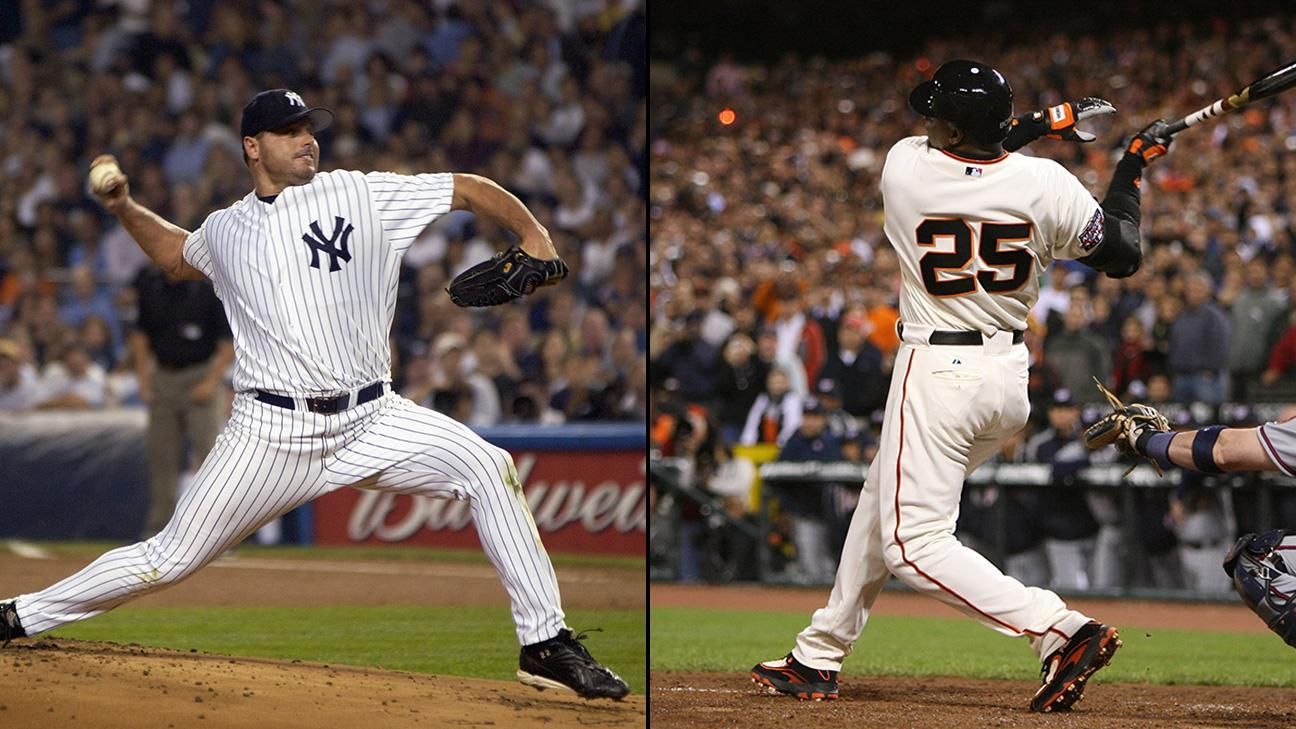 Is Hall of Fame call eventually coming for Bonds, Clemens?
Tim Kurkjian breaks down the Hall of Fame chances for Barry Bonds and Roger Clemens.