Will Miguel Andujar be the next Baby Bomber to win top rookie honors? 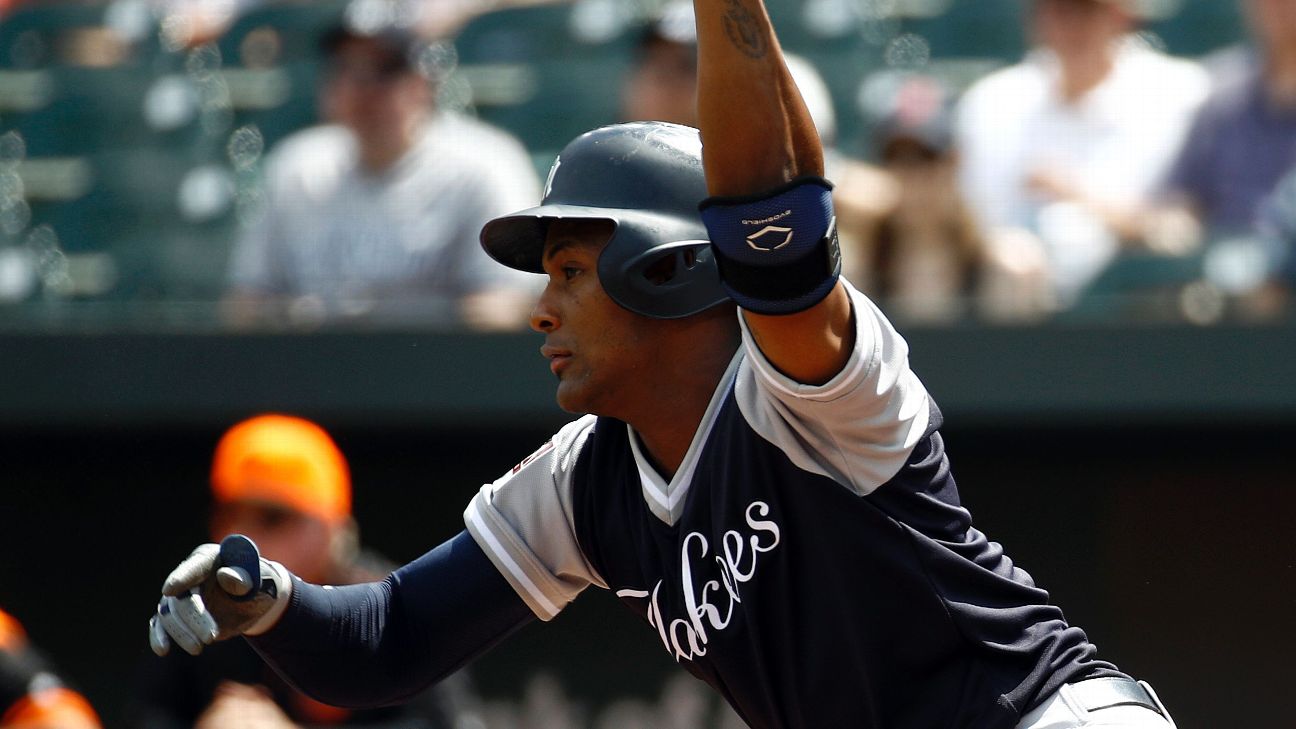 BALTIMORE -- With apologies to Gleyber Torres, it's time to end the American League Rookie of the Year race now.

Why? Because after five months of swinging the most consistent bat in the New York Yankees' lineup, it is Torres' teammate, Miguel Andujar, who has proven that he's the Baby Bomber who has earned the award. A four-hit performance in Saturday's doubleheader sweep of the Orioles was the latest example of why he deserves it.

Just don't try telling Andujar any of this.

"There are more important things right now overall," said the Dominican-born Yankees third baseman through an interpreter Saturday. "At the end of it all, if it happens, it happens. But we're trying to accomplish something bigger here than individual awards."

Naturally, a World Series ring is the ultimate prize. But there still is something to be said about the way the Yankees' young extra-base-hit machine has risen to national relevance in recent weeks, claiming the limelight from his fellow first-year player in pinstripes.

For most of the season, the league's Rookie of the Year chatter revolved around two players -- two-way pitching and hitting star Shohei Ohtani of the Los Angeles Angels, and Torres, the Yankees' electrifying second baseman who has been playing shortstop lately with Didi Gregoriusinjured.

After Ohtani missed a large chunk of June with an elbow injury that forced him to shut down his pitching duties for the season, Torres became the likely front-runner. But around the time Ohtani had returned to at least resume his offensive obligations, Torres hurt a hip, forcing him to go on the disabled list, too.

Since Torres came back one month ago, he hasn't been getting on base and getting around the bases at anywhere close to the same blistering clip that he did in May through June.

A healthy Andujar has been doing that.

"He's a special kind of talent, it looks like to me. Just with what he's been able to do and just what he's done since I've been here," said Yankees pitcher J.A. Happ, who was traded to New York on July 26. "That kind of production, it's been huge for us."

While Torres' average has dropped from .290 to .271 across the past four weeks alone (although it has climbed in recent days from being as low as .258), Andujar has seen his rise from .292 to .300 entering play Sunday night.

Since July 26, the same day Aaron Judge was lost to injury, joining catcher Gary Sanchez on the disabled list, Andujar has hit .315 with nine homers and 29 RBIs. As Judge and Sanchez have been on the mend, the 23-year-old third baseman has helped Giancarlo Stanton carry the Yankees' offense.

His production has been there beyond just the past few weeks, too. All season, he has delivered timely blow after timely blow. His 59 extra-base hits lead all rookies and ranks among the 20 best in all of baseball. That's one award-worthy statistic. Here are a few more: After Saturday's doubleheader, Andujar led all rookies in batting average (.300), doubles (36), RBIs (67), extra-base hits (59) and multihit games (43). He is also tied for first with 21 home runs after hitting one in the first of Saturday's two games.

"I know he can really hit," Yankees manager Aaron Boone said. "Hits can be a little bit fickle and day to day, but I know the quality of at-bat, the quality of the hitter. It's shown up on a really consistent basis for us all season long. And some more big ones [Saturday]."

Part of what most pleases Boone about Andujar is the infielder's ability to adjust to whatever opposing pitchers throw at him. In these late days in the season, opposing hurlers have acquired extensive scouting intel on the rookie. They have been able to find weaknesses within his swing, and attempted to exploit them. The problem for them, however, is that Andujar simply isn't letting them get the best of him.

"He's good at having a plan, but he's got a really good idea of what teams are doing to him, what pitchers are doing to him," Boone said. "He'll go up there and make certain adjustments, he'll hunt in certain situations and really do some damage.

"That's one of the things that's been impressive about him is that he's shown that adjustability all season long."

One metric of gauging the best is how they handle the best. Andujar's malleability both in his approach and throughout his swing is what makes him among the best hitters in the game; not just one of the best rookies.

The Yankees saw Andujar's potential in the spring, but even then, most would have thought Torres had the better shot at being the second straight Yankee to claim the Rookie of the Year award, after Judge took home the honors last year.

In March, it was the noticeable, booming thwack! of the sound of Andujar's bat that brought his teammates to attention. Regularly, it seemed, he was hitting home runs. Andujar hit four homers in spring training, in fact, with each wowing the Yankees who witnessed them.

"If we have a young guy like this that's able to start camp like this, start it on fire and kind of stake his claim that he wants to be in the big leagues, it's great for us," outfielder Aaron Hicks said to ESPN in March about Andujar. "He's proven that he wants it, and that's what we like to see."

Even if Andujar is truly team-focused right now, he's still playing like he wants something else, too: The Rookie of the Year award ideally could be the stepping stone en route to also winning a World Series ring.