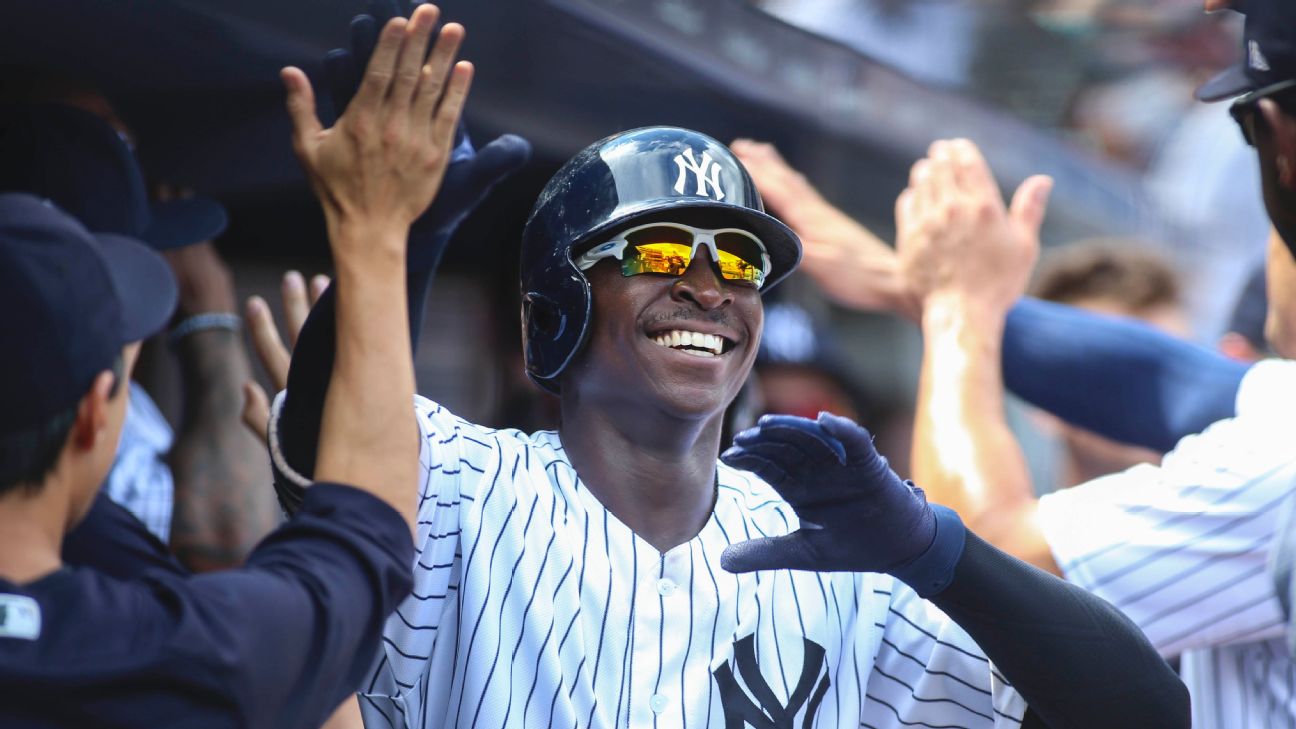 "Hopefully everything goes well and he bounces back from [Wednesday], and we'll just kind of continue to follow what the doctors are saying about it," Boone told reporters here after initially announcing the news during an interview with 98.7 ESPN New York. "But definitely a positive step."

Gregorius tore cartilage in his right wrist sliding into home with the winning run in Saturday's game against the Baltimore Orioles. Boone initially said he feared Gregorius would not return during the regular season and might miss some of the postseason.

Gregorius, however, got a cortisone shot Sunday andpredicted Monday that he would be back this week. He visited a doctor Wednesday to re-evaluate the injury.

"We are very optimistic with where's he at," Boone said.

Just after Boone addressed reporters in the Yankees' dugout, Gregorius threw and fielded ground balls from his position. It was the second straight day that he was in the infield during pregame. He caught grounders Tuesday without throwing them back.

In addition to his defensive work, Gregorius on Wednesday also hit in the interior batting cages, taking swings off a tee, taking soft toss and swinging at pitches from a coach, Boone said.

"Like I said, I don't think it was something too crazy to worry about," Gregorius said. "Everybody plays through everything. That's why you want to keep going and be out there for the team.

It's still unclear when Gregorius will be able to return to game action, although it is likely to happen before the American League wild-card game next Wednesday.

Entering Wednesday's games, the Yankees have a 2-game edge over the Oakland Athleticsfor home-field advantage for that game.

"Hopefully, [Gregorius returns] at some point this weekend. That would be ideal," Boone said. "But we'll just have to see how it all unfolds and how he's able to bounce back from the workload."

While Boone is encouraged by Gregorius' optimism, he's still a little more cautious with his.

"We're not out of the woods. We're still in the early stages of it," Boone said. "Certainly, since the first day, he's come in upbeat and optimistic, and that's been really good to see, and we'll continue to get pretty good news each day.

"But I temper it until we know we're out of the woods and he's able to go."