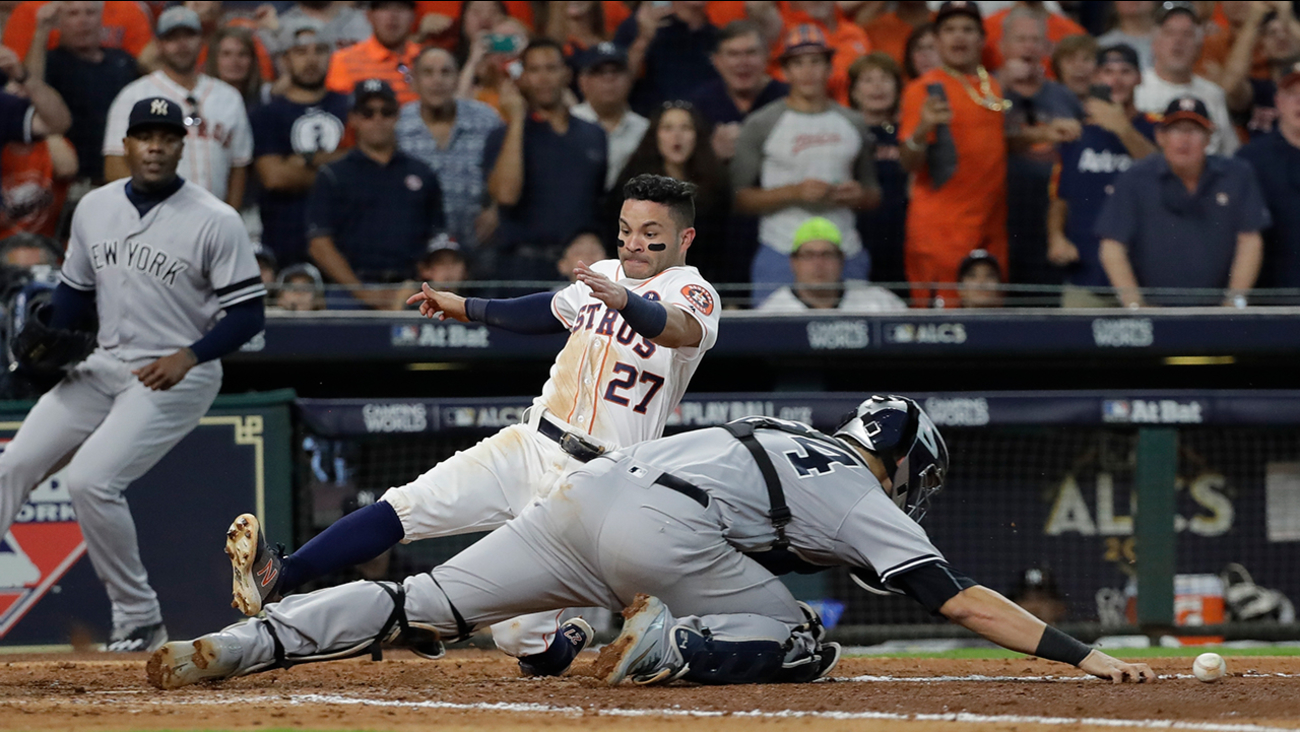 Astros: Charlie Morton is scheduled to pitch for Houston in Game 3. He allowed seven hits and two runs in 4 1/3 innings of Houston's 5-4 win over the Red Sox in Game 4 of the ALDS.
Report a correction or typo
Related topics:
sportshouston astrosbaseballnew york yankees
Copyright © 2021 by The Associated Press. All Rights Reserved.
TOP STORIES
CDC expected to backpedal on some masking guidelines
PD: Driver who hit Uber in deadly LI crash was speeding, had pot
5 unvaccinated NYPD officers hospitalized, 'some quite serious'
Simone Biles explains why she 'took a step back' from team finals
COVID Updates: US could see 4,000 deaths per day by Oct.
List of performers for NYC Homecoming Week concert, vaccines required
AccuWeather: Dry heat & sunny
Show More
Man stabbed in dispute outside Midtown Manhattan strip club
Funeral to be held in NYC for last Florida collapse victim
Arrest made in string of lewd incidents in NYC subway system
WATCH: Douglas F4D Skyray aircraft lifted by crane onto to Intrepid
Suspect sought in anti-Muslim attacks in Queens
More TOP STORIES News