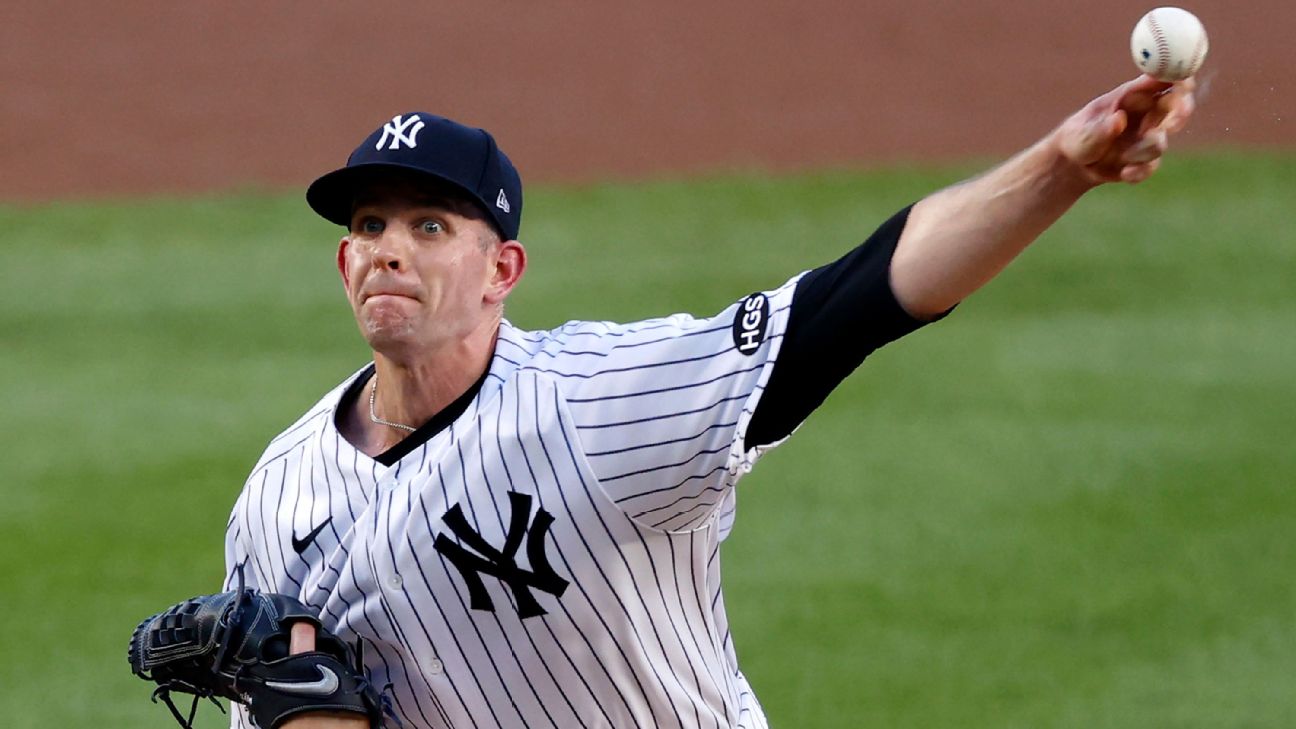 NEW YORK -- On another day of bad news for the banged-up Yankees, New York said left-hander James Paxton had a setback in his return from a strained left flexor tendon.

Manager Aaron Boone revealed the news as New York's homestand opener against Baltimore was postponed because of a forecast for rain and was rescheduled as part of a doubleheader Friday starting at 4:05 p.m.


Gerrit Coleand Masahiro Tanaka are scheduled to start Friday for the Yankees, who have lost 15 of their last 21 games and entered Thursday third in AL East at 22-21, just 1 1/2 games ahead of the Orioles (20-22) .

Paxton has not pitched since Aug. 20 and is running out of time to return. If the Yankees reach the playoffs and Paxton is unable to return as a starter, rookie Deivi Garcia likely would challenge left-handers J.A. Happ and Jordan Montgomery to follow Cole and Tanaka in the rotation. The 21-year-old right-hander debuted Aug. 30 and is 1-1 with a 3.06 ERA in three starts.