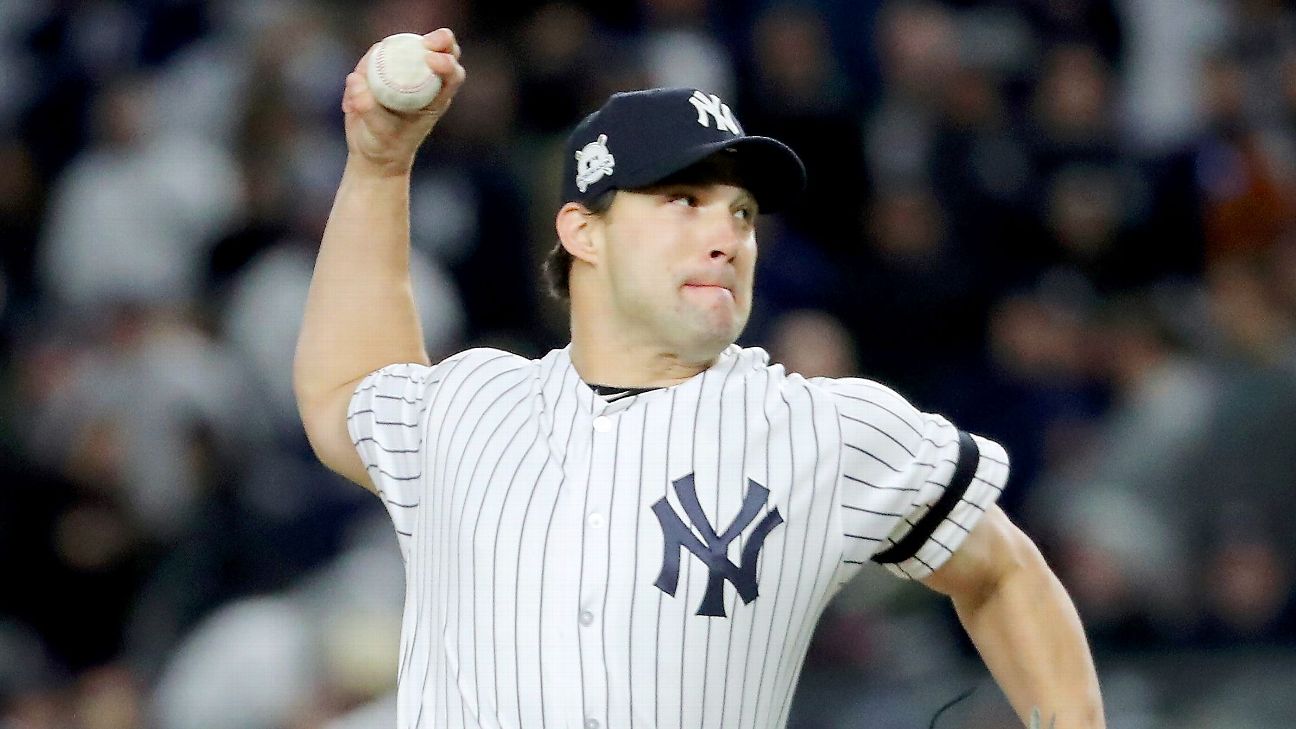 Kahnle is 1-0 with a 6.14 ERA in six appearances. With his velocity down this season, the right-hander has struck out nine and walked eight in 7 1/3 innings.

The move was made retroactive to Monday.

Before the Yankees hosted Miami, manager Aaron Boone said the club was awaiting results of an MRI but was optimistic a few days of rest will get Kahnle back on track.

To fill his spot, New York recalled right-hander Luis Cessa from Triple-A Scranton/Wilkes-Barre. Cessa was optioned to Triple-A on Sunday and penciled in to start for the RailRiders so he would stay stretched out enough to make an upcoming spot start for the Yankees. But for now, he'll be available in the New York bullpen.

"Just feel like Luis can be a weapon for us. He obviously can serve a lot of roles," Boone said. "It still doesn't entirely take him out of the conversation to make that start, you know, maybe eight, 10, 12 days from now depending on just how the next few days go."

In another injury update, Boone said top prospect Gleyber Torres would probably sit out Tuesday night at Scranton/Wilkes-Barre but return to the lineup Wednesday. The touted infielder, expected to be called up soon, left Monday night's game with stiffness in the middle of his back.

First baseman Greg Bird hit off a tee for the first time since March 27 surgery to repair a broken spur on the outside aspect of his right ankle. He expects to begin baseball activities on the field by the end of the week.

The Yankees projected Bird to return in six to eight weeks after the operation.