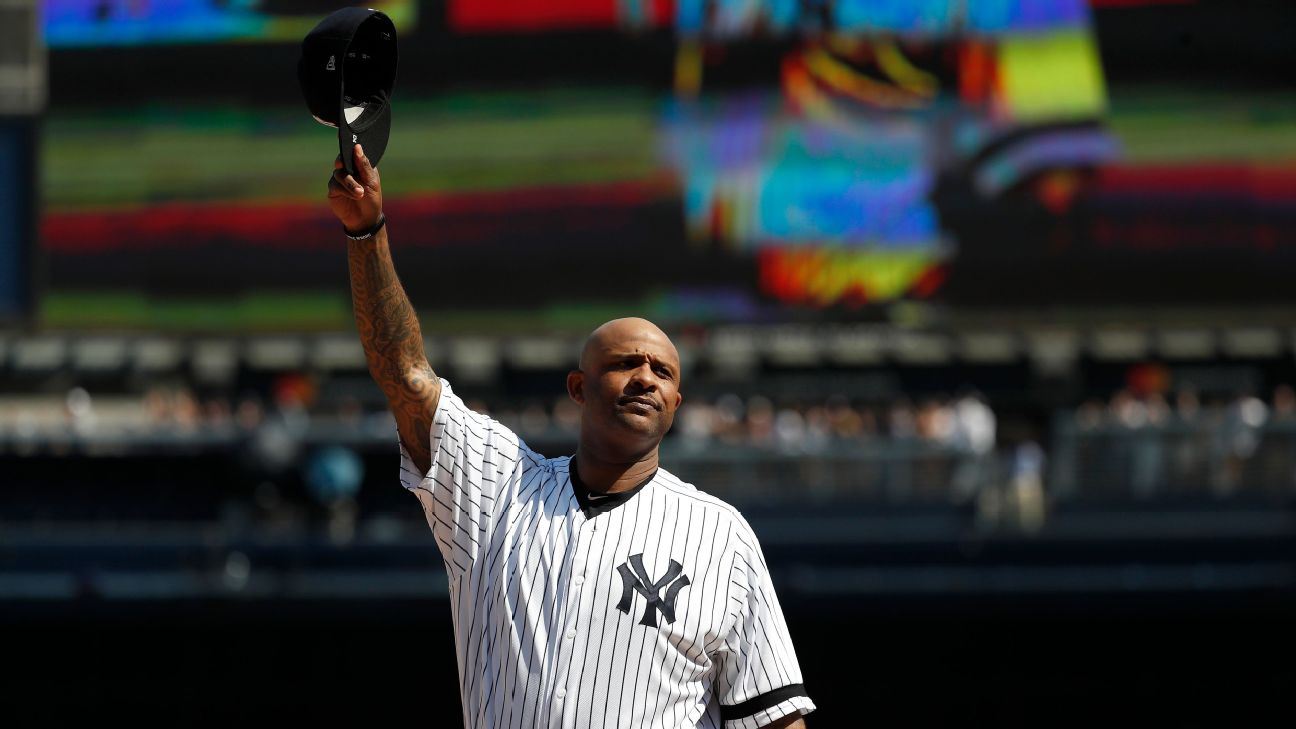 NEW YORK -- CC Sabathia wiped tears away with his hands and the top of his jersey. Honored at Yankee Stadium ahead of his retirement at season's end, his emotions came out as his wife, mother and children read tributes on a video broadcast on the center-field scoreboard.

"This is the first time I got emotional,'' Sabathia said after the New York Yankees' regular-season home finale Sunday against Toronto, an 8-3 victory.

True to his nature, the 39-year-old left-hander thanked the training and clubhouse staff by name. He watched retirement ceremonies for Mariano Rivera, Derek Jeter, Jorge Posada and Andy Pettitte, but this was different.

Sabathia was given a lap around the field in a golf cart, passing the bullpen that will be his home during the postseason.

He was presented with art portraying his accomplishments and a 10-day vacation to Japan, then spoke briefly and posed for photos with his family and the entire team. He threw out the ceremonial first pitch to his mom -- Margie was his first catcher.

He started crying during the video produced by Brandon Mihm, Brian Spector and Nick Tyrell of the Yankees staff, unable to contain himself when his family read the tribute letters. Sitting in the dugout, Brett Gardner told manager Aaron Boone he had to put on sunglasses to hide his tears.

"I was crying,'' Boone said. "I almost had to go down in the tunnel. I was about to lose it really, really bad.''

Sabathia envisions a future role with the Yankees, perhaps as an adviser or instructor.

"I just feel like I'm going to be here," he said earlier in the clubhouse, where gifts commemorating Sabathia's career were placed on the chair of every teammate. "I'm not going anywhere. I live here. I'll be at the Stadium."

Sabathia was drafted 20th overall by Cleveland in 1998 from Vallejo High School near San Francisco. Sabathia made his big league debut in 2001 and was 17-5 in his first season

"When I showed up, I didn't plan on playing this long," he said. "I'm from Vallejo. I'm from the inner city. I'm from the hood, so just making it was a big deal. So I never really thought past that first year."

Sabathia is 5-8 with a 4.99 ERA over 22 starts, a season interrupted by four trips to the injured list because of a chronically bad right knee that one day will require replacement surgery.

He has a 251-161 record with a 3.74 ERA and 3,091 strikeouts in a big league career that began in Cleveland in 2001 and included a brief stay in Milwaukee before he signed with the Yankees in December 2008. A six-time All-Star, he won the 2007 AL Cy Young Award and was MVP of the Yankees' win over the Angels in the 2009 American League Championship Series. He made a pair of starts for New York in its World Series win over Philadelphia.

"Nineteen years of kind of pitching the way that I have, like emotionally, I'm kind of exhausted," he said. "It will be good next year to just kind of give that a break and my body a break, but I'll definitely miss the guys, the relationships I have in here."

New York appears headed toward a postseason rotation of Masahiro Tanaka, James Paxton, Luis Severino and J.A. Happ. Sabathia is getting switched to a relief role he filled just once, when he allowed a run in the Yankees' 3-2 loss at Detroit in Game 5 of the 2011 AL Division Series.

Sabathia has heard the debate over whether he is worthy of the Hall of Fame. He witnessed the celebration for Mariano Rivera's induction this year and anticipates Derek Jeter getting enshrined next summer.

"I've seen all the parties and stuff," he said. "I love parties, so it would be fun to get in." 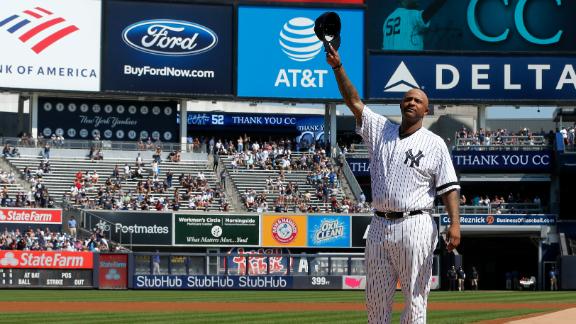