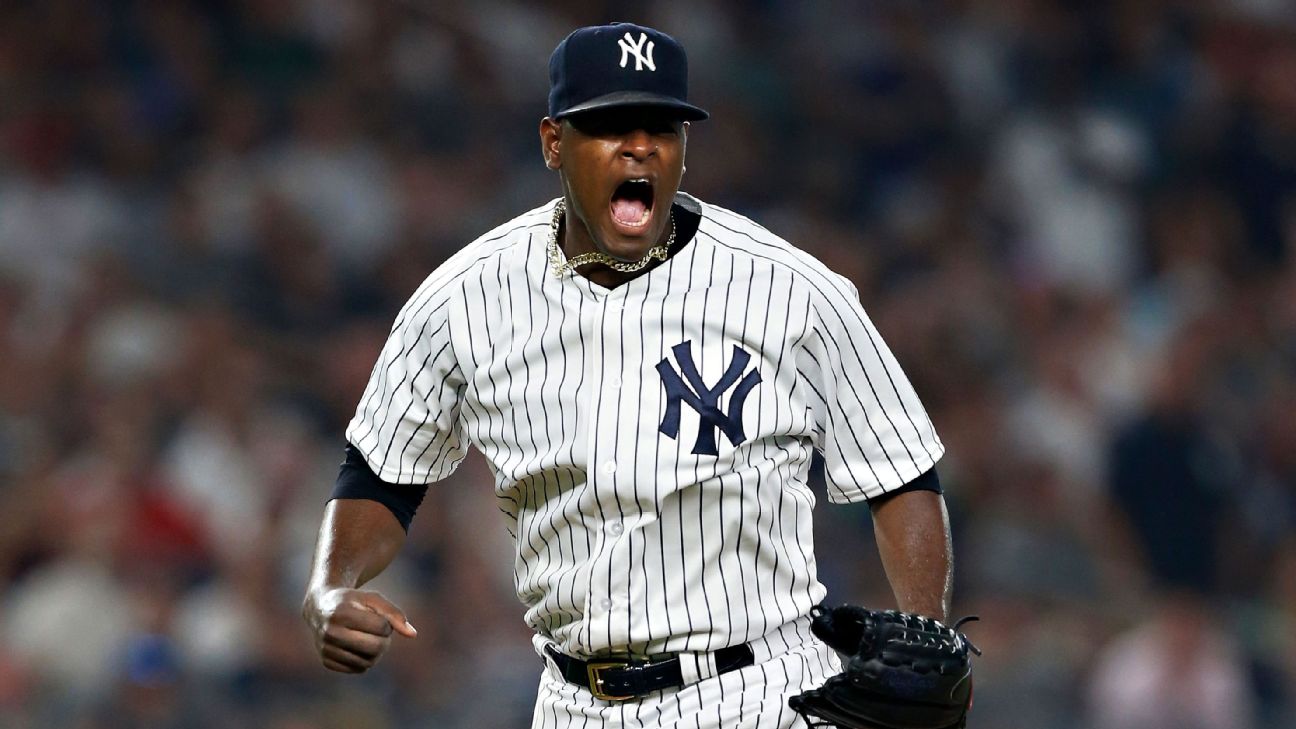 Starter Luis Severino has signed a four-year extension with the New York Yankeesthrough the 2022 season that includes a fifth-year club option that would cover one season of free agency, it was announced Friday.

The four-year deal, which buys out his arbitration years, is worth $40 million and could max out at $52.25 million through the fifth season, league sources told ESPN.

The 24-year-old Severino, who has emerged as the Yankees' ace over the last two seasons, avoided going to an arbitration hearing Friday. It was the fourth long-term deal signed by young players in the past three days.

The deal includes an interesting twist. The money is front-loaded more than usual as protection against a potential work stoppage, according to sources.

If the Yankees exercise the option, Severino will hit the open market after the 2023 season at 29 years old.

After struggling in 2016, Severino, equipped with one of the firmest fastballs from a starter in the major leagues, turned in back-to-back All-Star seasons, throwing at least 190 innings both years. With his high strikeout and low walk and home run rates, he is considered among the ideal modern pitchers in terms of performance.

Sources said that Severino's deal came together as the parties were preparing for what would have been the final arbitration case of the year. While he was hoping to reset the market for first-time-eligible starters, which has been stagnant since Dontrelle Willis, the allure of a deal that guaranteed nearly as much money as Nola's while giving up only one free-agent season was tempting for both sides, sources said.
Report a correction or typo
Related topics:
sportsespnmlbluis severinofree agencynew york yankeesyanksfree agentarbitration
Copyright © 2020 ESPN Internet Ventures. All rights reserved.
More Videos
From CNN Newsource affiliates
TOP STORIES