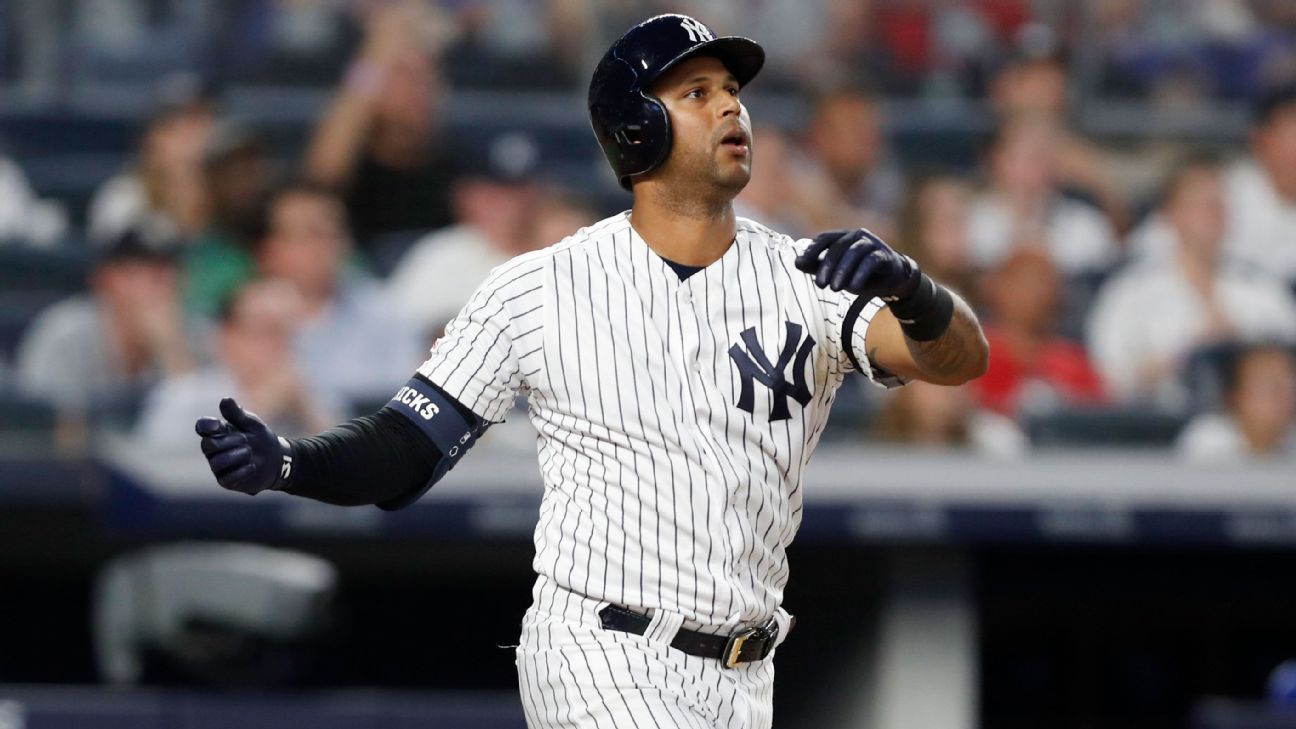 The New York Yankees tied the major league record for the longest streak of consecutive games with a home run when Aaron Hicks went deep in the fifth inning on Monday night against the Toronto Blue Jays.

The Yankees have now homered in 27 straight games, tying the record set by the 2002 Texas Rangers. New York beat Toronto 10-8 on Monday.

With two on and one out in the bottom of the fifth, Hicks hit a 2-1 fastball from Blue Jays starter Aaron Sanchez into the right-field seats to give the Yankees a 3-2 lead.

The last game in which the Yankees failed to hit a home run was May 25 against the Kansas City Royals.

"Nothing surprises me that they do," Boone said about his club, which set a major league record last year with 267 homers. "I wouldn't set out to predict they're going to break that one. That's kind of an obscure one. But now that it's happened, with our group, does it surprise me? No."

The Yankees have been paced during their streak by catcher Gary Sanchez, who has hit eight home runs since the streak began on May 26. Shortstop Gleyber Torres and DJ LeMahieu each have six.

With this current streak, 13 different Yankees have combined to hit 47 home runs.Giancarlo Stanton got his first of the streak in the seventh inning Monday night.Aaron Judgedoes not have any over the 27 games. Both sluggers, who respectively were the National and American League home run champs in 2017, are just getting back from injured list stints that held them out for more than two months.

Last season, the Yankees set a separate major league homer-hitting record. Their 267 are the most hit by a team in a single season.

Looking ahead to Tuesday, Stanton could be a strong candidate to hit a record-breaking home run. He's 4-for-8 with a home run in his career against Clayton Richard, the Blue Jays' scheduled starting pitcher. As for some other notable Yankees sluggers, Sánchez is 1-for-2 with a double in his career against Richard. Neither Edwin Encarnación nor Judge has ever faced Richard. 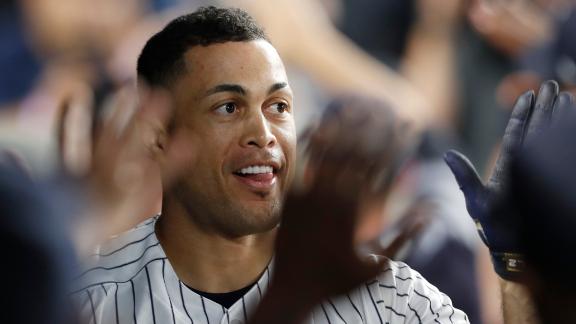