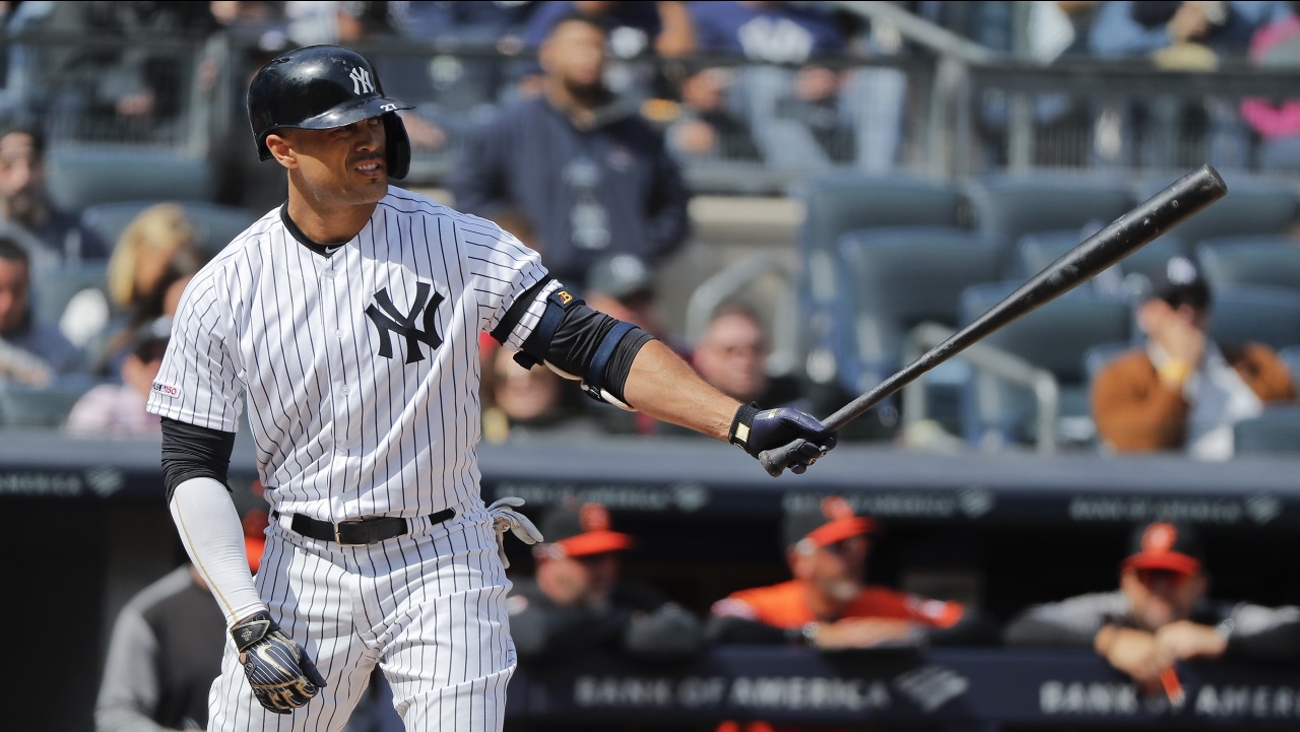 NEW YORK (WABC) -- Less than 24 hours after the New York Yankees acquired slugging first baseman Edwin Encarnacion, the team announced the return of one of their own sluggers in Giancarlo Stanton.

According to Yankee manager Aaron Boone, outfielder Giancarlo Stanton will be activated and in the lineup for Tuesday's home game against the Tampa Bay Rays.

The official news regarding Stanton's return came before Sunday afternoon's game against the Chicago Whitesox and less than 24 hours after the team made a trade with the Seattle Mariners to acquire the American League's current home run leader in Edwin Encarnacion.

Boone said Encarnacion would serve as the Yankees' primary designated hitter, which means Stanton will likely see most of his playing time in left field upon his return.

Stanton played in just three games this season prior to landing on the IL with a biceps strain, going 2-for-8 with seven walks and four strikeouts.

Stanton's original return date was ticketed for early May, but the outfielder suffered multiple setbacks during a rehab that included a shoulder strain and calf tightness.

Although the Yankees have managed a 43-27 record and currently hold a half game lead over the Rays for first place in the AL East, the team has endured a rough stretch the past two weeks and could use a boost after going 4-8 over their last 12 games.

With the team set to host the Rays at Yankee Stadium in a battle for first place starting Monday night, the additions of Stanton and Encarnacion could be an immediate difference maker against a Rays pitching staff that leads the league in ERA.

If all goes according to plan, the Yankees will add Giancarlo Stanton, Edwin Encarnacion and Aaron Judge during their ten game home stand, supplying even more firepower to one of baseball's most dangerous lineups.