ESPN
By Scott Burnside
PITTSBURGH -- After watching the Pittsburgh Penguins stumble out of the playoffs the past two years, it's fair to say they were an incomplete picture. Out of focus.

It is also fair to say in the wake of their dominating five-game, first-round victory over the New York Rangers that included three straight wins, finishing with Saturday's 6-3 clincher, that things are a lot more in focus with this team today. And it's not a stretch to suggest that focus is mindful of the kind of picture that was drawn by the Penguins in 2008 and 2009, when they went to back-to-back Stanley Cup finals, winning a championship in '09.

Those teams had a kind of youthful swagger that was an important component of their identity beyond simply possessing high-end skill.

This Penguins team possesses such a swagger, a jump, that makes them entertaining to watch and dangerous to play against. Indeed, Rangers head coach Alain Vigneault predicted they were going to be a handful for whomever they end up facing this spring.

In this first-round series, the Penguins were led just as emphatically by kids whose names you might not have heard before the playoffs began as by the names you know by heart, such asSidney Crosby, Kris Letang, Phil Kessel and Evgeni Malkin.

Tom Kuhnhackl, 24, scored the short-handed winner in Game 1. Conor Sheary, 23, scored a huge goal in Game 4 during a first-period onslaught that sucked the life out of the Rangers. Sheary scored again Saturday, part of a four-goal second that chased former Vezina Trophy winner Henrik Lundqvist for the second straight game. Fellow rookie Bryan Rust, 23, had two goals and an assist. And of course there's Matt Murray, the 21-year-old goalie who has won three straight games after coming back from an injury sustained in the Penguins' regular-season finale.

All of these players spent time in Wilkes-Barre, Pennsylvania, with the team's American Hockey League affiliate, which is where current head coach Mike Sullivan spent the first part of the season until he replaced the fired Mike Johnston in December.

So there is familiarity. But it's more than that. Has to be.

Veteran Matt Cullen, who had a terrific series against the Rangers playing mostly with Rust and Khunhackl that included scoring two game winners, admitted that you don't know when youngsters are called up during the regular season how they'll fit -- or if they will fit at all.

"To see them right now playing the way they are is pretty impressive," Cullen, who had a goal and an assist on Saturday, said in an interview. "Talk about guys that are playing with poise. Of course, playing with energy but playing smart. They're playing big minutes. They're really good defensively, all of them, and I hate to lump them all together. They're all different players, and they're all so committed defensively."

Why didn't it work before? Or more to the point: Was this the missing ingredient for the Pens as they were dumped by the Rangers during the past two playoff seasons? Regardless, this team could hardly be more different now.

"It's obviously really special for us, because it kind of seems like every game there's a different one of us who's kind of stepping up and having a big game or making a big play," Rust explained. "And it's nice, because it's always just like, hey, we know we can contribute here and we're happy to get it done."

Whatever feeling-out process there was -- and it's inevitable, especially when young players are asked to play with guys like Crosby, as has been the case with Sheary or Malkin, with whom Rust played briefly earlier in the series -- awkwardness is clearly not an issue now.

"Obviously, when you first come up here, it's a little bit of, how do you mesh in the locker room? How do you fit in?" Rust said. "But over time, we've been here long enough, we're part of the team now. We're just one of these guys."

Cullen credited the leadership group on the team -- Crosby andChris Kunitz among them -- with making the young players feel welcome. But Crosby was candid enough to acknowledge that whatever other factors are at play in helping the pieces of this puzzle fit, it's the kids themselves.

"As players in the room, you try to make them feel comfortable, but really, I mean your game kind of dictates a lot of that," Crosby said. "And when they can come in and play in those situations and feel confident right away, it makes everything a lot easier. I think they feel comfortable. But ultimately it falls on them and them taking advantage of the great opportunity they're getting and making the most of it."

The Penguins will face the winner of the Washington Capitals-Philadelphia Flyers first-round series that has gone on longer than most people imagined, with Game 6 set for Sunday at noon in Philadelphia.

The Penguins will enjoy the rest while awaiting their next opponent, but Cullen is unequivocal about why they are where they are, and it has everything to do with those kids. 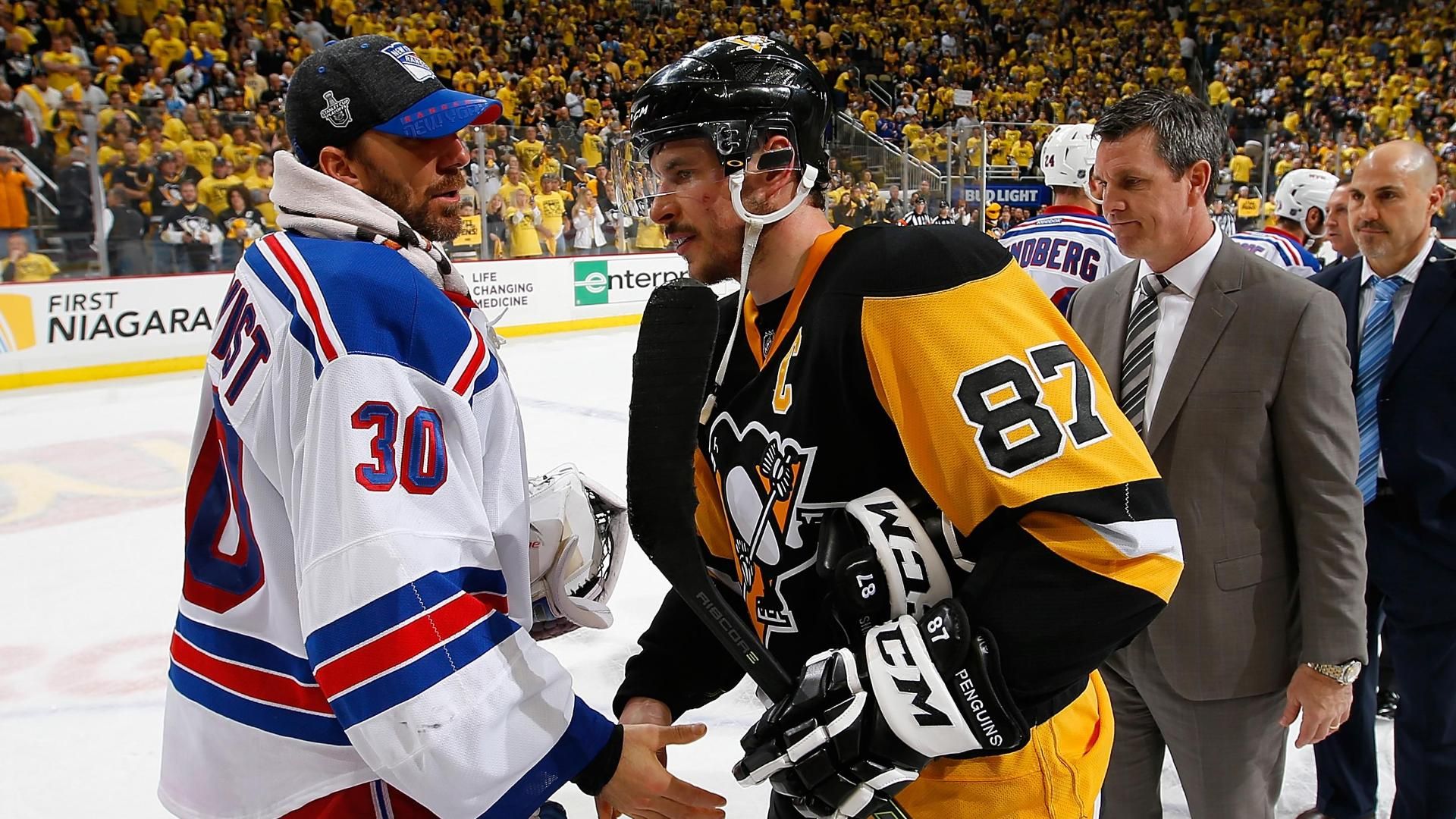 Penguins explode in second to oust Rangers from playoffs
The Penguins score four goals in the second period en route to defeating the Rangers 6-3. With the victory, Pittsburgh eliminates New York and moves on to the next round of the playoffs.