7 On Your Side Investigates: New questions about death of mother during power outage 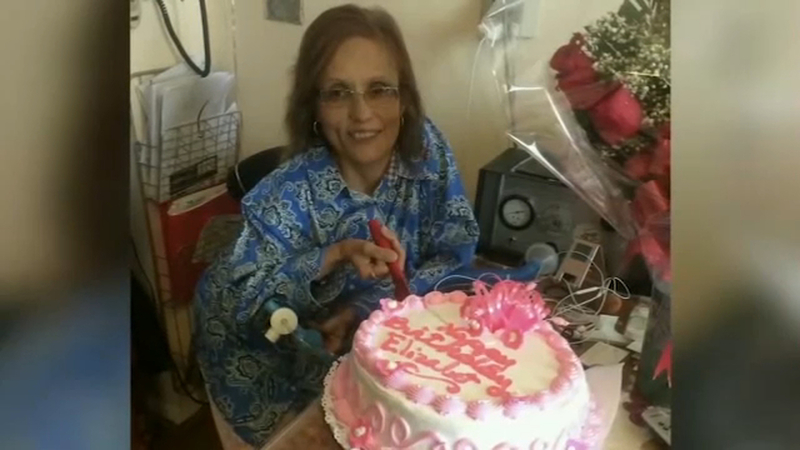 "She did not have to die," said Dustin Jones, a close friend and advocate for individuals with disabilities. "She died in vain, and we're going to seek justice for Elizabeth Ramos."

The complex, more than 45 buildings in all, generates its own energy rather than relying on the public utility. A spokesperson for the complex said Spring Creek Towers, also known as Starrett City, had experienced, "a site-wide power outage," on Sunday.

Elizabeth Ramos' daughter, Ashley Ramos, said she awoke to the sound of her mother's breathing equipment shutting off just before 5 a.m. when the power outage occurred and called 911 begging for help.

"He was telling me you have to calm down,'" Ashley Ramos said, describing her conversation with a dispatcher who walked her through CPR. "And I'm like, 'How can I calm down."

In that press conference, the FDNY did not mention the 911 call that had been placed for Elizabeth Ramos.

The FDNY also did not mention the medical equipment, including an iron lung, the family showed Eyewitness News, which the family said had been plugged into the wall beside Elizabeth Ramos' bed.

"It seems that that person had been deceased awhile but it is currently being investigated by the medical examiner," said FDNY Deputy Chief Edward Bobb.

When asked whether Ramos had been using electrically powered breathing equipment, Bobb replied, "When our technicians found that person, no. Just an oxygen tank, no power source, no mechanical source."

The remarks led to much confusion about what had actually occurred.

Monday, a spokesperson for the New York City Police Department confirmed dispatchers had received a 911 call at 5:15 a.m.

When 7 On Your Side Investigates asked the FDNY about paramedics' response to that call a spokesperson initially replied via email, "Yes, we received the call at 5:15... This is all the information we currently have."

Hours later that spokesperson wrote again indicating FDNY had received the call at 5:18 a.m. and arrived at 5:31 a.m. adding, "Please keep in mind that units had to climb 16 flights of stairs as there was a power outage."

Family friends said the response was much too slow.

"They knew that she was dying, but that wasn't enough to get emergency services here immediately," said Samara Hill, a close family friend. "I don't understand this."

Ashley Ramos said her mother had previously been denied the use of a small backup generator in her apartment, which may have saved Elizabeth Ramos' life in the case of this power outage by allowing her equipment to keep working.

When 7 On Your Side asked a spokesperson for Brooksville Company, which owns the complex, about its policy around the use of generators and the family's complaint they had been denied a generator, that spokesperson replied, "We cannot comment until the city has concluded its review of the circumstances surrounding the incident."

Power outages are an ongoing problem at Spring Creek Towers.

Brooksville Company, which bought the complex in May, said it had planned a massive upgrade to the complex power system for September and had ordered backup generators which had yet to be installed when Sunday's outage occurred.

While the power outage officially lasted five hours, some residents waited nearly 12 hours before power was restored to their individual units.

A spokesperson said it was even longer before all of the complex elevators and air conditioners were brought back online due to other issues following the outage.

As of Monday evening, the medical examiner had yet to release a cause of death or time of death for Elizabeth Ramos.