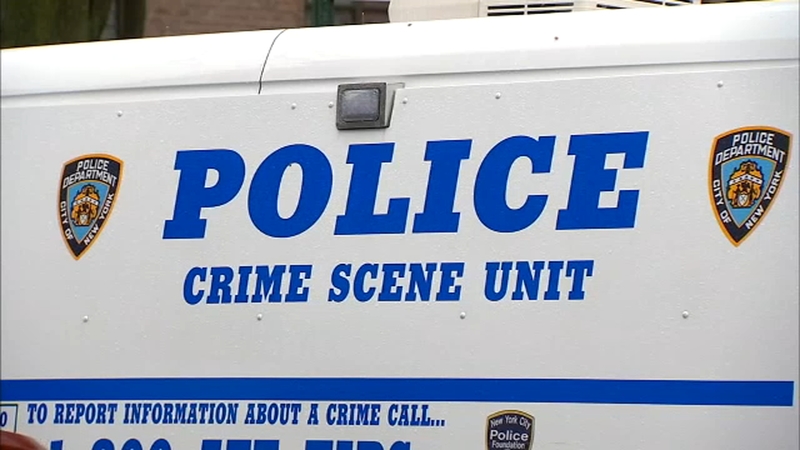 BUSHWICK, Brooklyn (WABC) -- Two NYPD officers were suspended without pay for declining to escort an EMS lieutenant into Saturday's horrific Brooklyn ax murder scene because it was technically outside their jurisdiction.

The officers, assigned to the 83rd Precinct, were suspended "for failure to take appropriate action."

Officials said the EMS lieutenant had asked the officers to escort him to the eighth floor apartment of the Bushwick Houses on Flushing Avenue, where one woman was killed and another injured.

But the officers ignored the request, made at 1:16 a.m. Saturday, apparently because PSA 3 technically patrols Housing Authority buildings. It wasn't until 2:28 a.m. that a housing sergeant finally escorted the EMS technician to the apartment.

The 4-year-old daughter of the other victim, 21-year-old Angela Valle, was found sleeping in another room, uninjured.

"The Brooklyn North investigations unit has reviewed the response and actions of two officers from the 83rd precinct in this incident," the NYPD said in a statement. "The officers are suspended without pay for failure to take appropriate action."