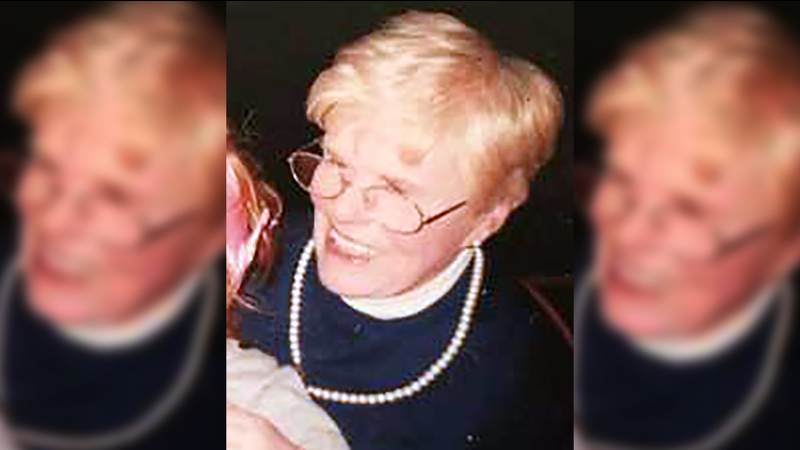 STAMFORD, Connecticut (WABC) -- An elderly woman whose family thought she fell down the stairs was apparently murdered, police in Connecticut said.

Police were called to a home on Cove Road in Stamford Wednesday and found the body of a 93-year-old Isabella Mehner at the bottom of a staircase leading into the basement.

The woman lived alone, and police said her family became concerned when they couldn't reach her by phone, so they visited the home. When they arrived, they discovered her body.

A medical examiner determined that the injuries she sustained were not consistent with a fall down the stairs. This case is being investigated as a homicide.

In addition, police said items were taken from the home. The door was also unlocked, indicating that Mehner may have let her attacker inside.

"She's 93 years old. Why would you do something like that? It's just terrible," he said.

Neighbors were equally shaken, saying Isabella was a "nice human being" who was frequently seen tending to her garden

"This is a shock. It's hard," Christine Klein said through tears.

One neighbor, Shaina Derose, described the area as generally safe, though there has been cause for concern.

"I have been followed home a couple of times. It's been very weird around here lately, especially down the hill ... but nothing out of the ordinary that I've seen," she said.

Police have stepped up patrols in the area as the investigation continues.

If anyone saw or heard anything suspicious in the area of Cove Road at Willowbrook Avenue on Wednesday, September 25 between 12:00 p.m. and 8:00 p.m., please contact the Stamford Police Bureau of Criminal Investigations at (203) 977-4420.