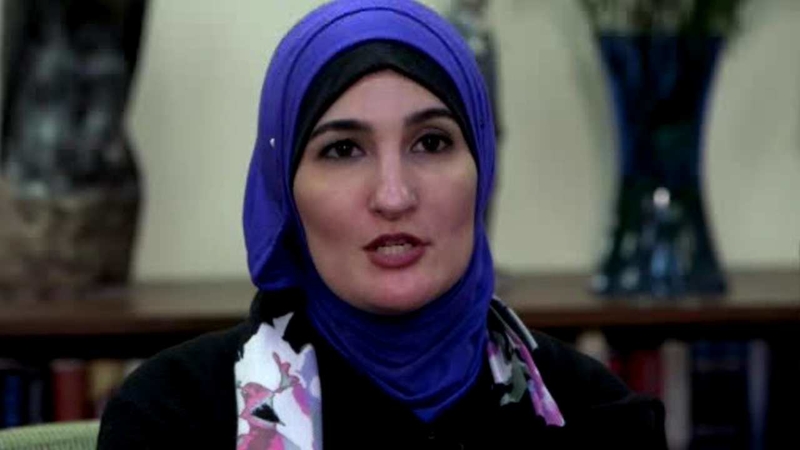 HARLEM, Manhattan (WABC) -- There is a Freedom of Speech debate at the CUNY School of Public Health over its selection of a Palestinian American activist as commencement speaker next month.

A group of rabbis in Brooklyn are defending Linda Sarsour as a strong proponent of Jews and Muslims getting along.

But a local lawmaker wants her uninvited, saying she's anti-Israel.

That commencement address, as it stands now at the CUNY campus, will go on.

School officials, in a statement, say she was invited: "...because of her involvement in public health issues in New York City and her position as a leader on women's issues..."

Also because of her active role as co-chair of the recent women's march which drew tens of thousands to Washington and other cities.

"This is Linda Sarsour in her own words supporting violence, supporting terrorism," Assem. Dov Hikind said.

State Assemblyman Hikind, in the strongest of terms, points to what he calls her inflammatory posts on social media and is calling for CUNY officials to rescind the invitation.

In dueling news conferences, a large number of supporters of Linda Sarsour, from numerous organizations, came to her defense.

"Linda will not be intimidated, nor will we. An attack on Linda is an attack on us all," said Angelo Pinto, Justice League.

Another speaking in support of Sarsour was City Councilmember Brad Lander who is Jewish.

"CUNY has a deep tradition of standing up for, teaching, defending, protecting and extending Freedom of Speech," Lander said.

Reaffirming its decision to invite Linda Sarsour to speak, the dean of the school said: "I hope you all join me in my firm view that a diversity of viewpoints and an open exchange of ideas is at the heart of our country's strength, and our university's strength."

"Bringing her in you now put the stamp of approval that this is kosher. You know what? Right now she's not kosher," Hikind said.