Police searching for group who preyed on young man with disabilities 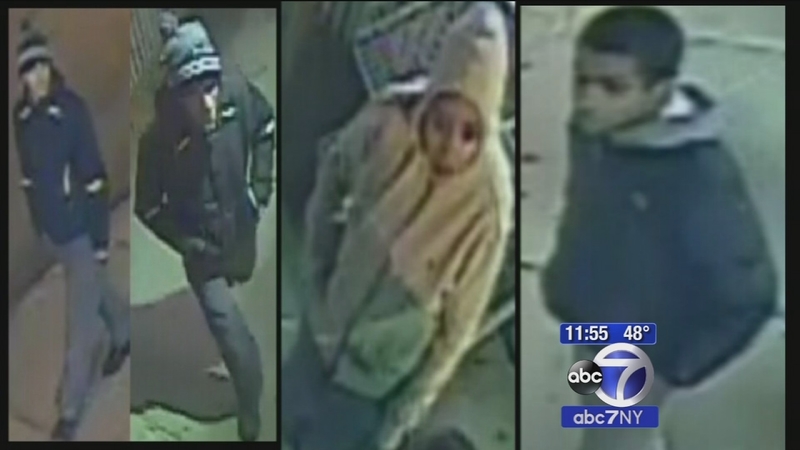 PORT RICHMOND, Staten Island (WABC) -- Carlos Simon, 18, says it was last month outside of a Dunkin' Donuts in the Port Richmond section of Staten Island, when a group of four people robbed him. They thought he was a vulnerable victim because he had no arms. Simon says at first, he thought the group were panhandlers.

Two men and one woman approached Simon and asked for money, but when he said he did not have any, Simon says the three surrounded him, and things turned hostile. They tried to go through his pockets, and then a fourth individual ran up behind him, and snatched his cell phone, which he had laid down on a ledge next to him.

Simon chased the man for a few blocks before giving up - that is when he realized what was going on. Simon says he noticed before the robbery all four suspects together. When he got back to the Dunkin' Donuts, the other three demanded money again, claiming they tried to help him get is phone back. That is when things turned physical.

"As I keep saying 'no', they surround me, and they started pushing me around, and tried to go through my pockets and stuff. They tried to drop me on the floor, but thankfully I have a lot of good leg strength," said Simon.
Simon managed to fight them off, but even after all that, he is taking the high road. He says he is not angry at them.

Police are now looking into whether the same group robbed a 14-year-old boy of a small amount of cash at the same location.

Simon has not been able to buy a replacement phone yet, but there may be a happy ending:

Gotta love @ABC7NY viewers. After our report about robbery victim who hasn't been able to buy new phone, a viewer offering to buy him one.