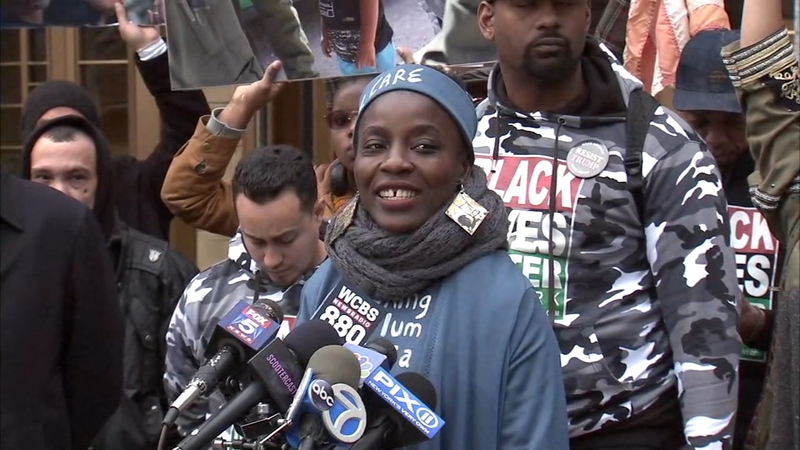 NEW YORK (WABC) -- A woman who climbed the base of the Statue of Liberty in July to protest President Donald Trump's immigration policies was found guilty Monday of three misdemeanor counts of trespassing, interference with government agency functions and disorderly conduct.

Therese "Patricia" Okoumou had pleaded not guilty in her Fourth of July stunt, in which she climbed onto Lady Liberty's right foot and refused to come down.

Okoumou testified on her own behalf and got choked up, saying images of parents being separated from children at the border gave her nightmares.

The prosecutor argued that Okoumou endangered herself, rescuers and thousands of Liberty Island visitors when she climbed to the feet of the statue. A police officer also testified that Okoumou threatened to push over a ladder if the officer got any closer.

Okoumou said she couldn't live with the sight of "children in cages" without bringing the issue to a wider audience.

"Instead of treating them with kindness, what we've shown them is cages," she said after court. "So if I go in the cage with them, I am on the right side of history. I do not regret my actions on the Fourth of July."

She faces up to 18 months in federal prison and will be sentenced on March 5.

"Therese Okoumou was convicted in federal court today for a dangerous stunt last July 4th that endangered herself and the NYPD and U.S. Park Police officers who rescued and apprehended her," U.S. Attorney Geoffrey S. Berman said in a statement. "The act of climbing the base of the Statue of Liberty went well beyond peaceable protest, a right we certainly respect. It was a crime that put people at grave risk. We commend Judge (Gabriel) Gorenstein's decision to hold Therese Okoumou accountable for her dangerous and reckless conduct."

"The result today was not surprising, but sometimes you have to stand on principle," he said. "And history will be incredibly kind to Patricia." 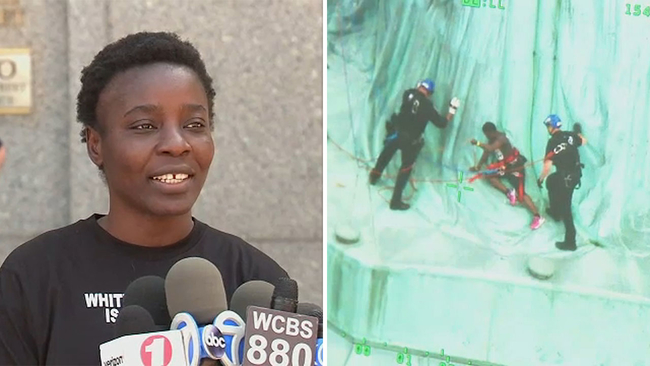 Statue of Liberty climber speaks out: 'I went as high as I could'
More Videos
From CNN Newsource affiliates
TOP STORIES