Stimulus fight: Could your check jump to $2,000? Here's what experts are saying 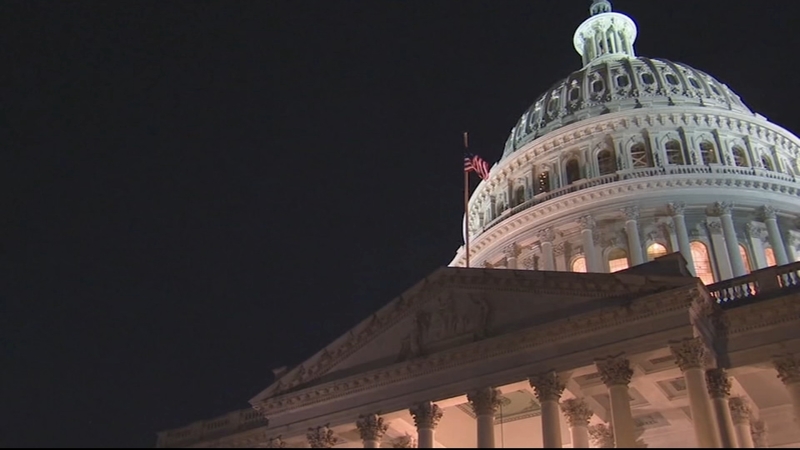 Experts are weighing in on the latest Covid relief bill fight

PHILADELPHIA -- On Christmas Eve, there's one thing on many people's wish lists: peace on Capitol Hill.

"It's just politics. It's not about the people. It's just unfortunate," said Frances McPhail of Willingboro, New Jersey.

The latest round of political sparring is over the newly-approved COVID relief stimulus package. President Trump posted a video on Twitter Tuesday night stating, among other things, that the amount of money issued for stimulus payments is too low and that the Hill includes too many other expenses.

"Congress found plenty of money for foreign government, lobbyist and special interest, all sending the bare minimum to the American people," Trump said.

WATCH: Stimulus Fight: Could your check jump to $2,000? A break down of the political drama that could derail the deal
EMBED More News Videos

Stimulus Fight: Could your check jump to $2,000? Experts break down the political drama that could derail the deal.

Villanova political science professor, Dr. David Barrett, says Trump's announcement could be in an attempt to stay at the forefront of people's minds.

"He wants to do what he wants to do and it's a very clever political move, I think, on his part," said Barrett.

Along with his complaint about not enough money for Americans, the president thinks the bill includes too much money for other causes, countries and programs.

But University of Pennsylvania political science professor, Dr. Rogers Smith, says the fact that so many other spending plans are rolled into the 5,000-page bill should come as no surprise to the president.

"I'm sure he understands completely that the $900 billion COVID relief funds are folded into a much larger bill, which is intended to prevent the government from going into shut down," Smith said.

SEE ALSO: Trump suggests he may not sign COVID-19 relief package unless stimulus is increased to $2,000
EMBED More News Videos

Trump assailed the bipartisan $900 billion package in a video he tweeted out Tuesday night and suggested he may not sign the legislation.

"I'm not sure when he'll give up this line of thought that he will be in the next administration," said Barrett.

Trump didn't go so far as to say he'd veto the bill, but if he does, Congress can respond.

"The immediate question would be whether Congress can override the veto," said Smith. "The Democrats are hoping to put the Republicans on the spot on Christmas Eve by trying to get a unanimous consent resolution to raise the level to $2,000. And it's very unlikely that Republicans will go for that."