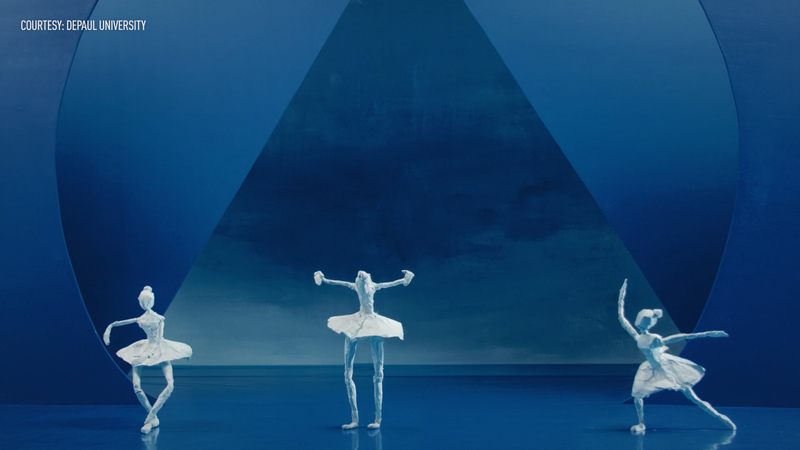 A group of animation students at DePaul University have unveiled a stop-motion short film that will run as a window display for the school's Loop campus on State Street throughout the holiday season.

"It's been Christmas for us for the last year," said Meghann Artes, animation professor at DePaul."It feels like we have all these packages under the tree and they've been there for a year. And we finally get to open them."

More than 30 students worked on the film, from storyboarding to fabrication, animation, camera work and color correction.

"It's so time-consuming and painstaking, but it's actually worth it," said animation professor Devin Bell."When you see animation, on a screen, that you made, to this day I'll just giggle. I'll be like, "Hahaha, it's alive.' And that magic, you can't get it any other way."
Report a correction or typo
Related topics:
holidaychristmaslocalish
TOP STORIES
Grandmother killed, child among 4 injured after hit by car in Brooklyn
Abortion rights supporters fill the streets of cities nationwide
Astros throw combined no-hitter against the Yankees
2022 NYC Pride March: Everything to know
Planned Parenthood to kickoff NYC Pride march
Bald eagle snatches Yorkie off porch: VIDEO
AccuWeather: Another warm day
Show More
Democratic candidates for NY Governor spend weekend campaigning
Biden signs landmark gun measure, says 'lives will be saved'
Settlement would forgive $6B for defrauded college students
16-year-old shot and killed in Brooklyn
3 people found dead inside Queens home
More TOP STORIES News