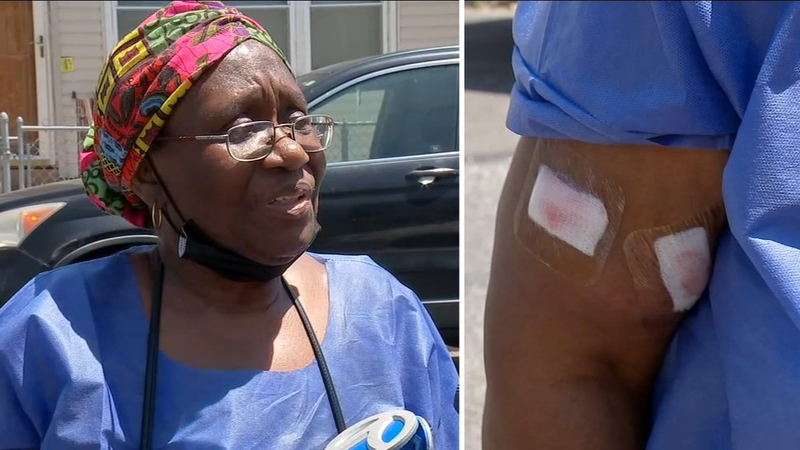 SOUTH OZONE PARK, Queens (WABC) -- A 72-year-old woman was struck by a bullet that was shot through the window of her home in Queens Sunday.

Margaret Henry was sitting in a chair in her home on 128th Street in South Ozone Park just before 11:30 p.m. when she was struck in the upper right arm.

The apparently stray shot went through her living room window.

Initially the mother of five was home with her husband. He was sitting in a chair right next to the front window. He wasn't feeling well and went to the hospital.

When she returned home, Henry sat right back in that same chair beside the window but decided to move to another. Minutes later the hail of bullets were fired.

"I moved from that chair and that's what saved my life," she said. "It wasn't no warning, just pop, pop, pop like a lot of people were shooting."

She tried to dodge the bullet that also pieced a freezer and wall but couldn't.

"I guess when I tried to move my arm, I got hit," Henry said.

A black sedan fled the scene.
She was alone at the time of the shooting.

Margaret Henry's son, Lynroy Henry said the incident didn't look accidental. That's the reason why he is taking his mother to stay someplace else.