Student loans get put on hold in coronavirus stimulus bill. Here's what to know. 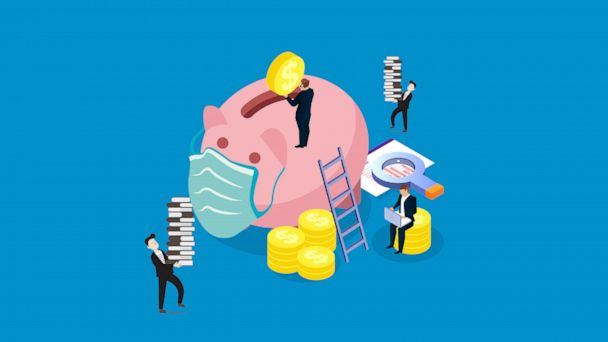 With the coronavirus pandemic spreading throughout the United States and crippling the economy, Congress moved quickly to approve a $2 trillion relief bill, which President Donald Trump soon signed.

Included in the bill is relief for borrowers of certain types of student loans -- they'll see their interest frozen and payments suspended through at least Sept. 30.

"GMA" spoke with Ashley Harrington, director of federal advocacy and senior counsel at the Center for Responsible Lending, to better understand what it means for those carrying certain student debt and what they'll want to consider during this deferment period.

1. Know which loans are eligible for suspension

Harrington said only loans held by the U.S. Department of Education are eligible for the proposed suspension.

She recommended checking with your servicer at StudentAid.gov to find out whether your federal loan is one held by the Education Department or another entity.

But if you have loans serviced by a private provider, you may still have options.

2. Know how your loan and balance will be affected

If your loans are eligible for a pause, keep in mind that your balance isn't going anywhere, and although your interest won't go up, you could be paying for a longer period of time.

Also, if your loans are in default through something like a wage garnishment, you'll see relief.

"If you are in default before the suspension, once the suspension ends, you will remain in default -- unless you were already on a rehabilitation plan," Harrington said. This time period could allow you to play catch-up on payments and possibly get out of default, if you're still working or otherwise able to continue paying.

As far as interest, since the loans in question won't be accruing any during the suspension, it might not make sense to take any steps to change your interest rate, such as by consolidating loans.

"When you consolidate loans, you are basically getting a new loan," Harrington said. "Any credit you did have towards forgiveness for public service or income-based repayment, you no longer have that because it's now, technically, a new loan."

Harrington also warned that while it may be tempting to pursue a private lender's offer to consolidate if they're offering perks such as lower rates, private student loans are "often less favorable for borrowers than the federal student loan program."

3. Know your limitations and how you can get ahead

If you have the ability to continue paying toward your federal loans, should you?

Harrington said that some may consider redirecting their money toward savings, credit card debt or even medical debt, the latter of which is sure to increase for hundreds of thousands.

Harrington advised looking at your situation and making sure that when this six-month period is up you'll "be in a place where hopefully you can start repaying."

But, she cautions, that might not be a given.

4. Be your own advocate

Harrington recommended approaching calls with your student loan provider with as much information as you can arm yourself with, noting that the speed of Congress' bill doesn't ensure financiers will be caught up with all the new rules.

"It's a complex bureaucratic system," she said. "We're waiting for the guidance to go from Congress to the Department [of Education] to make that guidance, to get it to all their servicers, then actually get implemented, and then get that all down to the call center employees that you will actually speak to when you call."

She also recommends clarifying with providers that you'll receive credit if you're in public service loan forgiveness or income-based repayment plans. If you continue to make payments, she suggests that you discuss where you would like that money to go, such as directly to your principal as opposed to interest, which would decrease future interest buildup.

If payments are automatically withdrawn from your accounts, be sure to tell your provider to freeze that service during this grace period.

"If something does go wrong, and you are charged a payment that you did not intend to pay," she said, "make sure that you are following up and getting that money refunded. That should be as an option for you and you might need to be your own advocate."
Report a correction or typo
Related topics:
abc newsnational
Copyright © 2020 ABC News Internet Ventures.
More Videos
From CNN Newsource affiliates
TOP STORIES