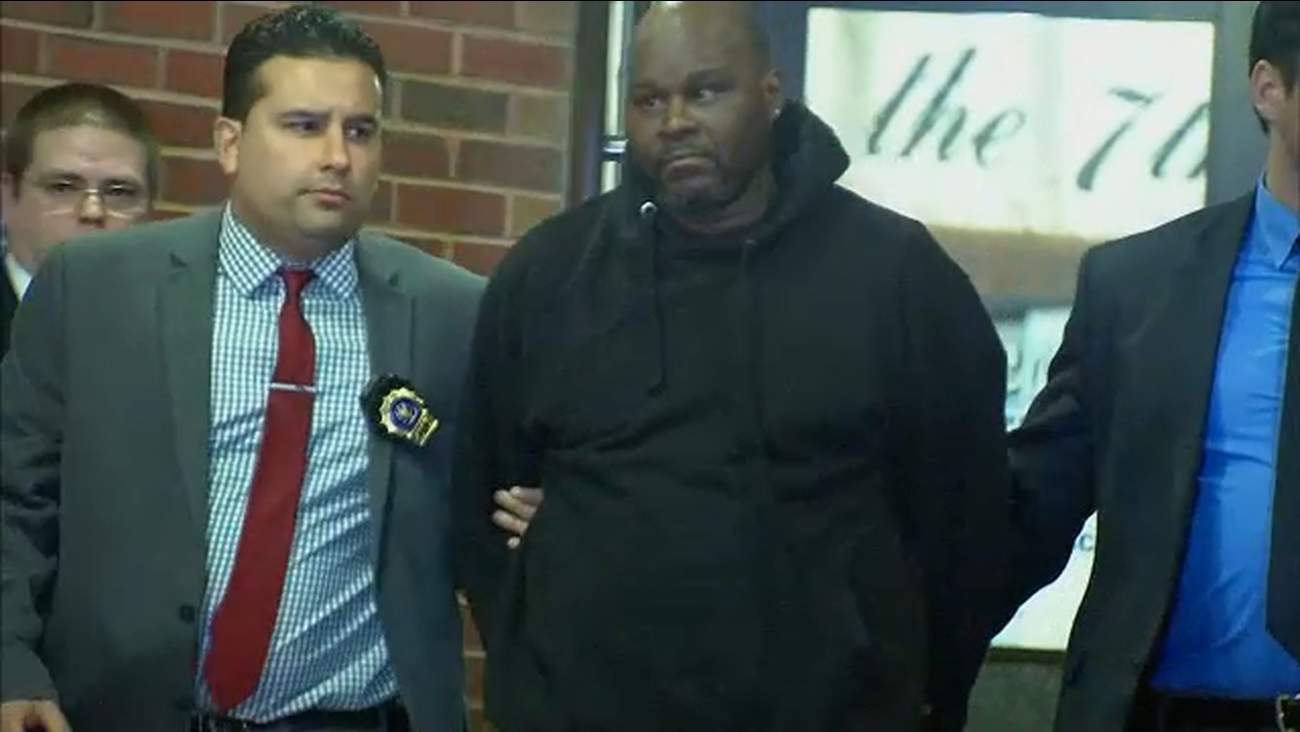 UNION SQUARE, Manhattan (WABC) -- A man seen on surveillance video wearing a "Make America Great Again" hat was taken into custody on Thursday in connection with an assault at a Manhattan subway station.

Police say 47-year-old Willie Ames is the suspect who punched and shoved 24-year-old Luis Lopez onto the 4 train tracks at the Union Square station on Saturday night.

Investigators say the suspect started going in on the 24-year-old Mexican immigrant by making several racial slurs while they were riding an uptown 4 train. He then proceeded with his attack once they got to the Union Square stop.

Lopez was then helped up onto the platform by his friend and another person and was taken to a hospital for a cut to the head that he sustained when he fell onto the tracks.

"I know it was a hate crime," the victim's brother Andres Lopez told Eyewitness News. "I don't know why he did it. He told my brother we came here to steal jobs from Americans."

Ames is charged with assault and aggravated harassment.