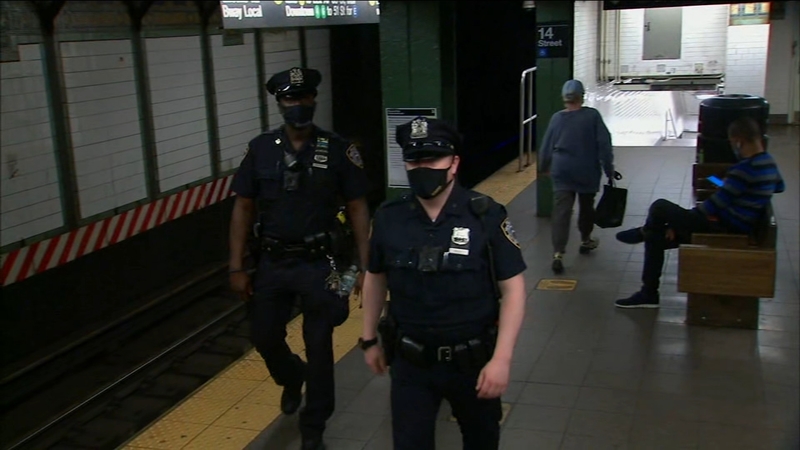 NYPD agrees to share how many, where cops are being deployed on subways

NEW YORK (WABC) -- For the first time, New York City transit officials will learn exactly where the NYPD is deploying hundreds of its officers underground.

New data will answer critical questions about how police commanders are protecting riders and the transit workers that move them, day and night.

"We moved in a really positive direction today. A presence is really important to our customers that they weren't seeing it and that they're going to start seeing it, going forward," Interim NYC Transit Authority President Sarah Feinberg said.

The NYPD has added 750 officers since February, amid a startling rise in violent crime. MTA officials commissioned their own survey over the past two weeks and determined that most stations had no visible police presence.

"I don't think that we've ever been able to get any kind of deployment information or strategy from you all," Feinberg said.