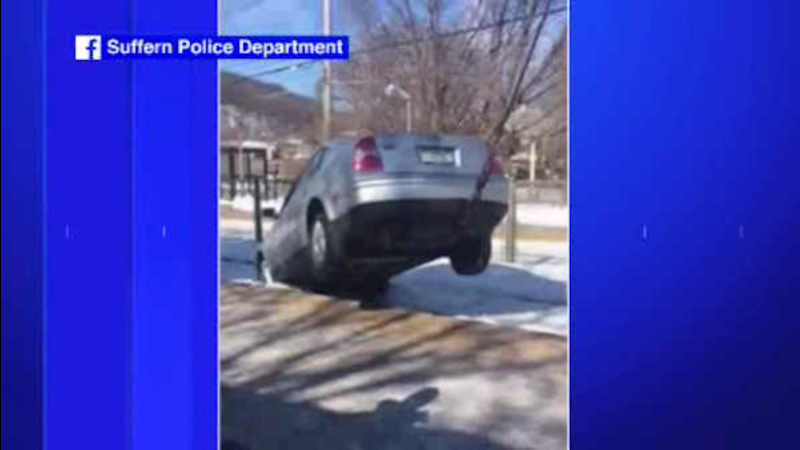 SUFFERN, New York (WABC) -- There were some tense moments in Rockland County after an elderly driver made a wrong turn and ended up on the train tracks.

Police say an 81-year-old man became disoriented when he drove his car off the platform in Suffern and then continued to drive on the tracks.

A Good Samaritan ran up to the car and helped the man get out.

"I have no idea whether there's a train coming, but there's a man in a car on the tracks," said the Good Samaritan, Howard Greenstein.

A snow pack kept the car from damaging the rails, and the man drove several feet before getting stuck.

"So I ran over to his window while calling 911 and telling the Suffern police that there's a car on the tracks and I'm encouraging him to get out of his car," said Greenstein.

There was no train coming, but no one knew that for sure at the time.

"We were concerned the train was going to come down and by the time they got around that bend, if they didn't know what was going on I don't know if they could have stopped," said Suffern Police Chief Clarke Osborn.

The man was not injured. He was taken home and his family was notified about what had happened.

All trains were stopped for a short time while the car was removed.