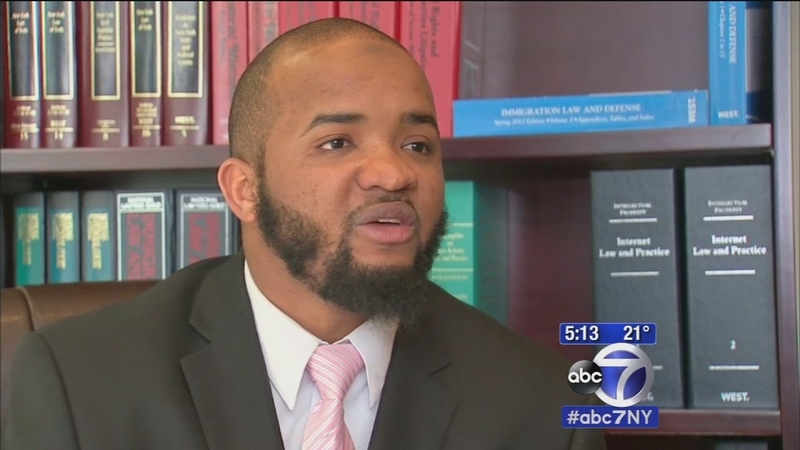 He tells Eyewitness News exclusively that when he refused to work with pork, the major retailer sent him outside to gather carts.

"Just because you have a different belief, that doesn't give anybody the right to treat you different," said Jean Camara, suing Costco.

The devout Muslim says he was working as a cashier's assistant at the Costco in Sunset Park Brooklyn in September of 2012 when pork came across the conveyor belt.

It's against his religious beliefs to touch either pork or alcohol.

Camara says after telling his managers this, they transferred him outside collecting the shopping carts.

Camara says they never told him why he was reassigned.

"I think that as the case progresses in the trial we are in now, I think the facts are going to come out and they're going to speak for themselves," said Chauncey Henry, Camara's attorney.

Camara says he asked his managers if he could work in the electronics department, but his requests were repeatedly denied.

He ended up filing a human rights complaint against the company.

16 days later, he was fired for insubordinate conduct.

"We all share different beliefs so we all should be treated equally no matter what belief we have," Camara said.

"It's not OK to discriminate against someone for their religion. It isn't OK. It isn't OK to treat them differently others because of what they believe in. I think that everyone is entitled to the same treatment. I think that's what this case is about," Henry said.