Suspect in Georgia spa killings charged with 8 counts of murder 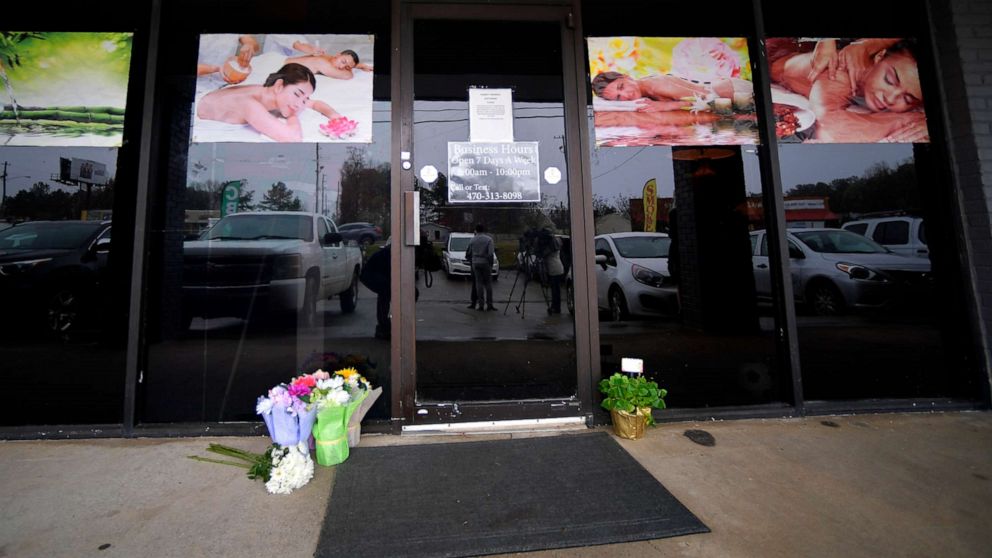 The man suspected of killing eight people in three separate shootings at spas in the Atlanta area on Tuesday has allegedly admitted to the killings and blamed his "addiction to sex" as the motive, authorities said.

"Long told investigators that he blames the massage parlors for providing an outlet for his addiction to sex," the sheriff's office said in a statement on Wednesday.

He may have "frequented these places in the past,"Cherokee CountySheriffFrankReynolds said.

"Long told investigators the crimes were not racially motivated," the sheriff's office added.

The first shooting was reported at about 5 p.m. at Young's Asian Massage in Acworth, Georgia. Deputies found two people shot dead and three others injured, according to a spokesman from the Cherokee County Sheriff's Office. The three injured were taken to a hospital, where two died, said Capt. Jay Baker, director of communications from the Cherokee County Sheriff's Office.

About 47 minutes after that incident, Atlanta police responded to a 911 call of a robbery in progress at Gold Spa on Piedmont Road and found three women dead from gunshot wounds, a spokesman told ABC News in a statement.

While on the scene, the officers were advised of shots fired at a spa across the street, identified as Aromatherapy Spa. When they went to investigate, police found a woman inside dead from a gunshot wound, Sgt. John Chafee of the Atlanta Police Department said in a statement.

All four deaths in the Atlanta shooting were identified as women and "it appears that they may be Asian," police said at a press conference.

Elcias Hernandez-Ortiz, 30, was shot and injured in the Acworth shooting and was the sole survivor, authorities said.

Rita Barron, owner of Gabby's Boutique, which is next door to the location of the first shooting, told ABC News that she first heard one loud pop between the businesses' shared wall and became concerned.

"I have two customers in my store and I heard what sounded like a pop and I thought, 'Oh my god, something is wrong,'" Barron said.

Long's phone was tracked to find his location, authorities said. His car was spotted around 8 p.m. in Crisp County, which is about three hours south of Atlanta, and deputies performed a PIT maneuver to spin out the car, the Crisp County Sheriff's Office said. Long was arrested without incident. A 9mm gun was recovered at the traffic stop, authorities said.

Prior to Long's arrest, the Cherokee County Sheriff's Office had shared photos of the suspect leaving Young's Asian Massage in Acworth.

InCherokee County,Longis charged with four counts of murder and one count of aggravated assault, the sheriff's office said.

Stop AAPI Hate said in a statement Tuesday, "The reported shootings of multiple Asian American women today in Atlanta is an unspeakable tragedy -- for the families of the victims first and foremost, but also for the Asian American community, which has been reeling from high levels of racist attacks over the course of the past year. Few details about these shootings have been released, including whether or not they were motivated by hate."

"Not enough has been done to protect Asian Americans from heightened levels of hate, discrimination and violence," the statement continued. "Concrete action must be taken now. Anything else is unacceptable. As further details of this tragedy unfold, our hearts go out to the loved ones of the victims and to the Asian American community in Atlanta."

In the Atlanta suburb of Lawrenceville, the police department said Wednesday that it's providing "extra patrols in and around Asian businesses, particularly spas," in the wake of Tuesday's shootings.

"Although there are no known threats at this time, these patrols will continue for the foreseeable future for the safety and comfort of the community," police said.

After a briefing with Attorney General Merrick Garland and FBI Director Christopher Wray, President Joe Biden said Wednesday, "[T]he investigation is ongoing and the question of motivation is still to be determined. But whatever the motivation here ... I have been speaking about the brutality against Asian Americans for the last couple of months and it is very, very troublesome."

Vice President Kamala Harris said Wednesday, "Our prayers are extended to the families of those who have been killed."

"We're not yet clear about the motive," Harris said. "But I do want to say to our Asian American community that we stand with you and understand how this has frightened and shocked and outraged all people, but knowing the increasing level of hate crime against our Asian American brothers and sisters, we also want to speak out in solidarity with them and acknowledge that none of us should ever be silent in the face of any form of hate."

Georgia Sen. Raphael Warnock told ABC News Wednesday, "It's a tragic set of events in Atlanta that has taken the precious lives of eight people, mostly women, and largely in the Asian community. My heart goes out to that community."

He went on, "I weep, even as they weep, because while it is the case that it's these eight families that are suffering, all of us are part of the same family. And I think that that kind of sentiment must drive us to create peace in the world -- the kind of active peace that makes these kinds of tragic incidents a thing of the past."

Georgia Sen. Jon Ossoff said in a statement Wednesday, "I'm heartbroken for the victims of last night's horrific shootings in Georgia, and for the victims' families."

"While the motive for last night's terrible violence remains under investigation, I express my love and support for and stand in solidarity with the Asian-American community, which has endured a shocking increase in violence and harassment over the last year," Ossoff said.