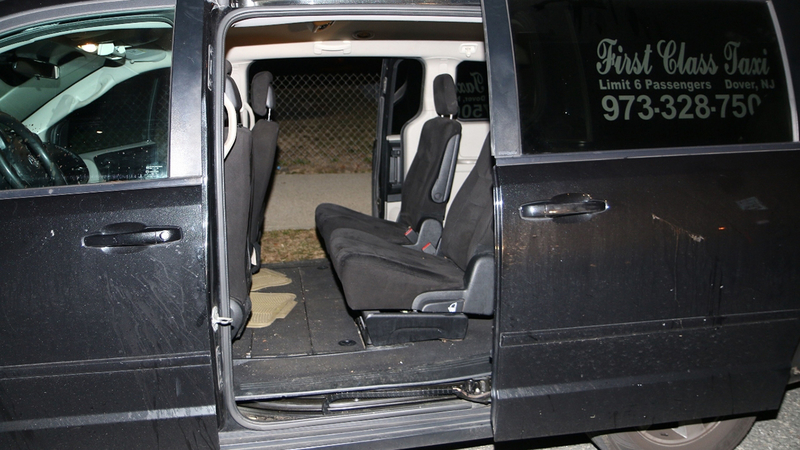 DOVER, New Jersey (WABC) -- A taxi driver was brutally beaten by a passenger in New Jersey, and police are searching for leads and asking for the public's help.

It happened just after 9 p.m. on Monday, December 13, in the area of Madison Street and Pine Street in Dover.

Police say the taxi driver had picked up the unknown male around 8:50 p.m. in the area of 55 East Blackwell Street.

Henry, an 8-year-old Boston terrier, has been credited for alerting owners when their 9-month-old baby began turning blue.

According to a GoFundMe page set up by the victim's daughter, the suspect was picked up at an area restaurant and did not call for a ride, but was picked up off the street.

"When they reached the destination, the passenger beat my father with a metal object and he passed out," the page reads. "The passenger robbed and left him for dead on the side of the street. When my father finally came to after thirty minutes, he called for help."

His boss, Israel Arteaga, told Eyewitness News that Vazquez never told them who he was picking up.

"He didn't report it," he said in Spanish.

Reporting street hails is required, though it's possible he didn't get the chance before the attack.

"We find ourselves very sad about this situation, because it could have been any of us," colleague Carlos Cabarca said in Spanish.

Vazquez's daughter wrote that her father has physical disabilities and couldn't defend himself.

"He is a very kind Christian man and did not deserve this injustice," she wrote.

She said he will likely will need plastic surgeon and rehab for his injuries.

Anyone with information is urged to contact the Morris County Sheriff's Crime Stoppers at 973-COP-CALL or visit CopCall.org.