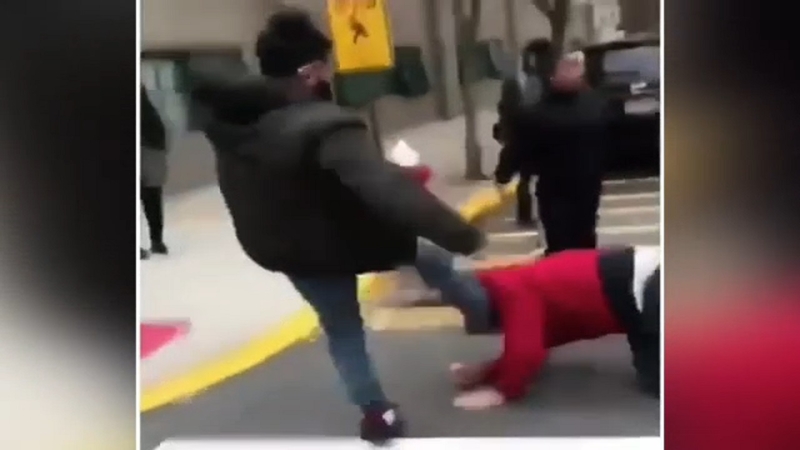 The attack happened in North Bergen, and the observers did nothing, except record it all and post it on social media. The teacher, who only wants to go by 'Lou,' is a long-time Social Studies teacher at North Bergen High School.

Lou says he was on the way to his car earlier in December when he spotted two female students fighting, and went out to break it up. Lou was then attacked from behind.

Police identify the assailant as 19-year-old Luis Flores from Union City, who has no connection to the high school or the district.

"The fight happened on Friday, the gentleman was apprehended Sunday night, and he is still in jail. We are prosecuting to the full extent of the law," says North Bergen Schools Superintendent George Solter.

The law views this type of assault as a big deal -- teachers in New Jersey are considered public servants, like police officers or firefighters.

"There is a criminal statute protecting the teacher if they are assaulted. Just like a police officer, it's upgraded to an aggravated assault rather than a simple assault," says North Berge Police Lieutenant Bronson Jusino.

"I'm an old guy compared to this kid, who is he kidding, and what is he trying to prove?" says Lou.