Teen with autism runs miles along I-95 among traffic; family grateful for Samaritans who helped 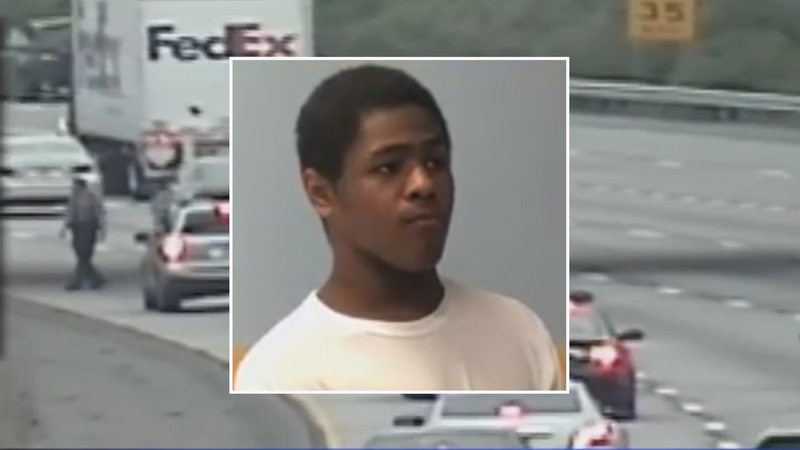 Teen with autism runs along I-95 for miles in traffic

PHILADELPHIA -- Two good Samaritans came to the rescue of a teen with autism who was running along I-95 Tuesday afternoon.

Sandra Parker fought back tears Wednesday as she relived the moment two strangers pulled over on the southbound lanes of I-95 by Philadelphia International Airport to help her son as he was running along traffic.

A 6abc Traffic Cam caught the aftermath of the incident.

"The one driver who got out of his car, the kid ran right in front of his car as he was traveling southbound," said Philadelphia Police Lt. John Walker. "He said it was one of the scariest things he's seen in his life."

Eighteen-year-old José Chavarria, Jr. had told his family he wanted to go back to his school in Media around 3:45 p.m.

After they explained that he couldn't, Jose took off. His siblings tried to follow him, but quickly lost track.

Jose ran three miles from his West Philadelphia home to the Delaware County line along I-95.

"When he runs away, he thinks he's in a game," said Jose's sister Shakera Chavarria. "He likes to play around."

But to Jose's family this was serious business and they are grateful for those who helped.

"The guy was right in front of me. I was so stunned. I couldn't say anything or shake his hand, all I could do was cry," said Jose's mother, Sandra Parker. "I never got a chance to meet him, because I was that done."

Parker said she wants the two men who helped to know she appreciates them.

"If it weren't for them, something would have happened. I don't even want to think about it," she said.

Jose is was taken to Children's Hospital of Philadelphia to be evaluated.