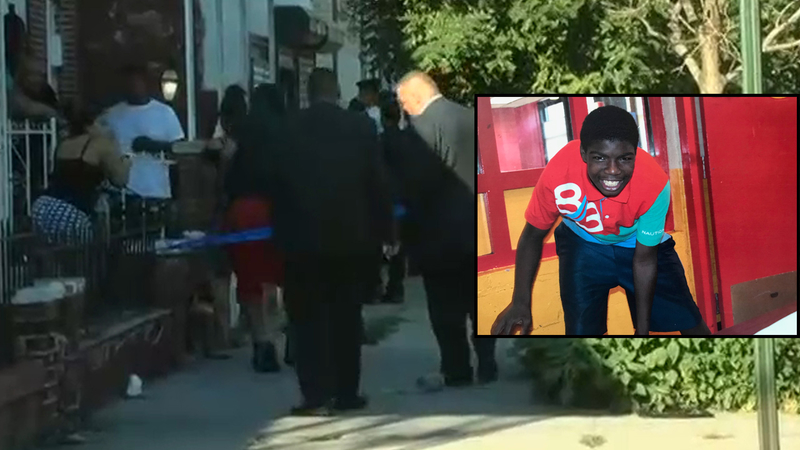 Arrests in gang-related murders in Brooklyn

EAST NEW YORK, Brooklyn (WABC) -- Police have arrested a suspect in the murder of a teenager in Brooklyn who was killed just one day after his 16th birthday.

Justin Richey was found unconscious and unresponsive Sunday shortly after 5 p.m. near the intersection of Blake Avenue and Pine Street.

Now 24-year-old Ralief Bradford is facing multiple charges in connection with the fatal shooting, including murder and gang assault.

A court appearance is scheduled for Bradford on Thursday.

Police say Richey was beaten by a group of people on Sunday, and then one of them, now identified as Bradford, took out a gun and shot him several times near Blake and Fountain Avenue.

Even in grave condition, police say, Richey stumbled a half a block for help. He was taken to Brookdale Hospital, where he was pronounced dead.

Bradford's arrest comes as police acknowledge a spike in gang violence in Brooklyn, with three teenagers killed in just the last week.

A suspect is under arrest in the murder of a Brooklyn teenager.

Dermot Shea, the NYPD's new chief of detectives, had this to say about the recent violence:

"What's the common denominator in almost all of this? Gangs and violence. Gangs and violence and usually guns. So I think outrage is a good thing, and it can be used as a tool, and I would like to see a hell of a lot more of it."

Police say they have been increasing patrols in the area.

And they point out that they have arrested 79 suspected gang members in the last month alone.