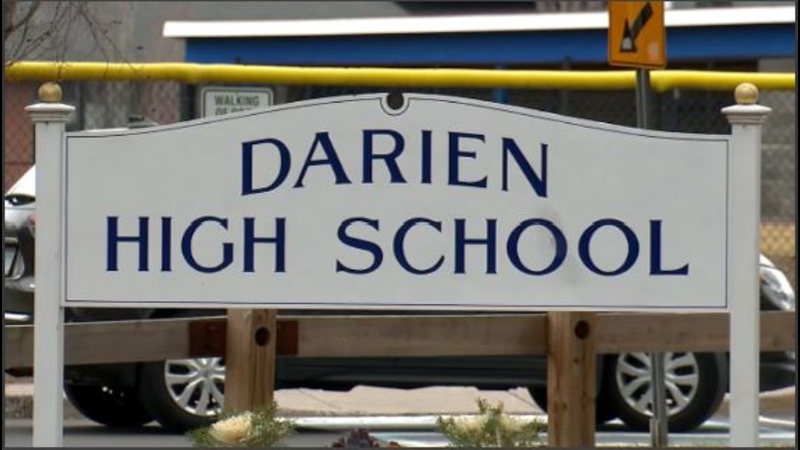 DARIEN, Connecticut (WABC) -- Students at a high school in Connecticut are accused of stealing an exam and now their innocent classmates are feeling the fallout.

Last month, two students broke into a faculty office at Darien High School and took pictures of the 10th-grade English and history midterms.

The photos were shared online with as many as 300 students. And so now the results are being thrown out and students will be tested again.

Angry parents packed a board of education meeting Tuesday night.

"Requiring a subset of the 10th-grade to retake exams nearly a month after the material was tested while also interfering with other classwork, to me is not an acceptable solution," parent Theresa Vogt said.

At that meeting, district officials said they couldn't publicly disclose the disciplinary action taken against the students responsible.

"I respectfully request the board and the public to entrust the administration with making the best decision possible, given the circumstances, in the best interest of the students and Darien Public School District," Darien Schools Superintendent Alan Addley said.

It's believed the students were given a five-day in-school suspension - but everyone else must retake the tests.

"They're not really experiencing any consequences that are substantial enough for their actions," student Julia Fullington said.

The matter has been referred to the Darien Police Department to determine if anything criminal occurred.

The test retakes are next week.