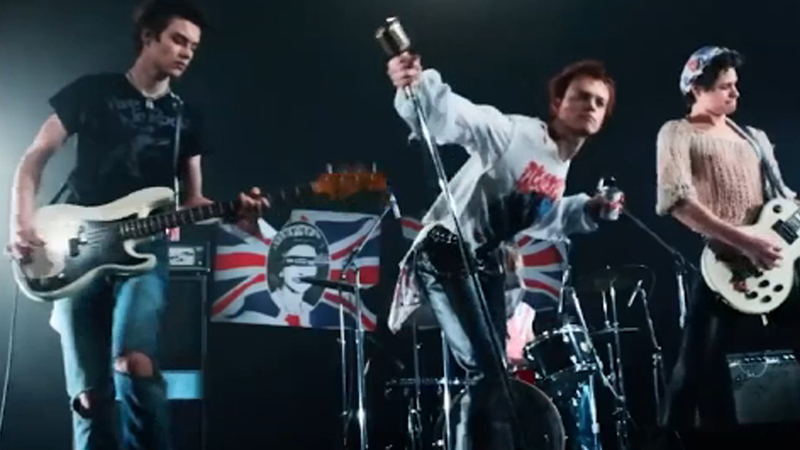 NEW YORK -- The Sex Pistols broke up in the late 1970s, but we're still talking about punk music and the movement the band helped to start. Not bad for a group that released just one studio album! Now, a limited series, "Pistol," streaming now on Hulu will be a great introduction for this too young to remember when these British lads shocked the music industry and literally took it by storm.

The band was together for less than three years and dissolved more than four decades ago. In the six-part series called "Pistol," the Oscar-winning director Danny Boyle seeks to explain what all the fuss is about, and why we still care about this music today. "Why are still fascinated by The Sex Pistols? Why are they still important all the years later?" I asked Boyle via Zoom. "I think they changed everything," he replied.

In the 1970's Britain was a land of limited opportunities for young people, and The Sex Pistols tapped into their rage. "Anger is an energy and there was this driving force, this explosive sound emerged from them," Boyle told me. Their force was felt even before the release of the group's first album but, "'Never Mind The Bollocks' when it came out was so shocking that people were arrested for putting it in their shop window!"

"Pistol is based on a memoir by the group's guitarist Steve Jones, who told me in 2017 that "The Sex Pistols were born to crash and burn." Standing amid vinyl copies of their music at A1 Record Store on Lower East Side, he continued, "we didn't plan on shaking things up, it just happened. It was just one of them short, little periods in space and time that was meant to happen and dissolve."

After the band broke up, bassist Sid Vicious died of a heroin overdose after he was accused of murdering his girlfriend, Nancy Spungen. The actor who plays him, Louis Partridge, observed that "There's something weirdly alluring about living fast and dying young." The young actors immersed themselves in music that was made the decade before they were born by The Sex Pistols. "And," their director concluded, "Their music stands up. It was great rock and roll. The tunes live and work, but it's what they did to our society that makes them eternal."