Arrest made in Shops at Columbus Circle attempted rape 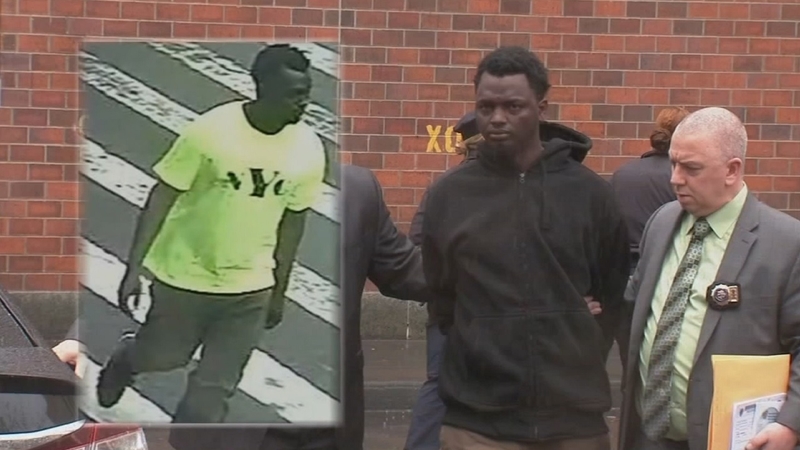 COLUMBUS CIRCLE, Manhattan (WABC) -- Police in Manhattan have arrested a suspect in an attempted rape in Columbus Circle.

Ibrahima Barry, 24, of the Bronx, was arrested and charged Saturday with attempted rape.

VIDEO: Police have caught the man who allegedly jumped into a bathroom stall at the Shops At Columbus Circle, and tried to rape a woman. pic.twitter.com/c7NPBpMcWr

Around 10 a.m. Friday, at the Shops at Columbus Circle in the Time Warner Center, an 18-year-old woman was using the restroom on the second floor when police said the suspect crawled under the door to her bathroom stall.

He said, "Hey," to the woman, according to the New York City Police Department, and pulled down his pants exposing his underwear.

The victim's screamed, and apparently scared the suspect off.

There were no reported injuries during the incident.

Barry was picked up in the Olinville section of the Bronx, said police, who were alerted to him by a civilian on the street who said they recognized Barry from a Crime Stoppers report.