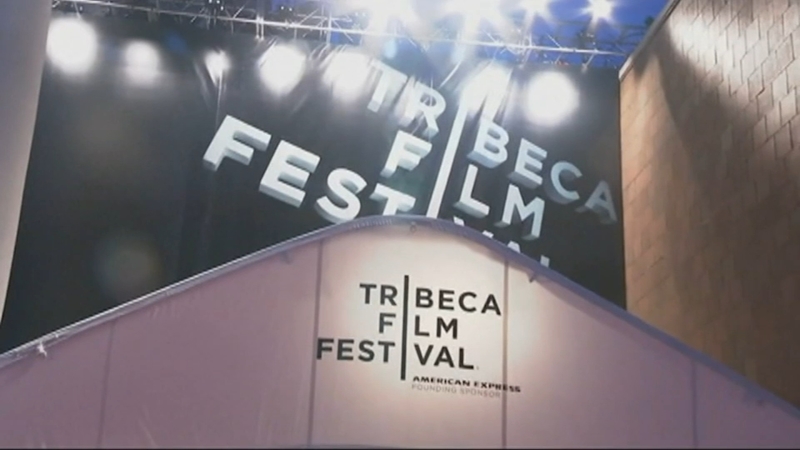 NEW YORK CITY (WABC) -- Last year, the Tribeca Festival started by Robert De Niro and his business partner, Jane Rosenthal, signaled that New York City was getting back to normal. And this year it's back to business as usual for the event, which has grown to represent storytelling in so many forms: film and TV, but also gaming, music, and even podcasts.

For more than two decades now, the festival -- which begins on June 8 and runs through June 19 -- has grown in size, scope, and importance.

This year, a documentary called "Halftime" that shows Jennifer Lopez preparing for her halftime show at the Super Bowl, kicks off the festivities.

Before she was J-Lo, Lopez was Jenny from the Block in the Castle Hill section of the Bronx, so "Halftime" seems the perfect way to open a festival with deep roots in our city.

"It's a different side of her that I had ever read about," Rosenthal said.

At The Buckley School on the Upper East Side, boys in the 6th grade teach 4th graders how to navigate the internet safely.

The documentary fits into a tradition of diversity here.

"We have always been about supporting diverse voices, Black voices, LGBTQ+ voices throughout the festival," Rosenthal said.

The event began as the Tribeca Film Festival after 9/11 as part of a bid to draw visitors back downtown. Since then, it's become part of the fabric of the city, much to De Niro's delight.

"I'm very proud of the festival, that it's lasted all these years," he said.

It's become an institution that will continue long into the future.

The cast of De Niro's 1995 movie "Heat" will reunite at a screening during the course of the festival, but he doesn't make it a habit to watch his old movies.

"Once in a while, I'll hit a channel or something and look at something by accident, but I should," he said. "It's not something I wouldn't want to do. I just haven't done it...I look at it, and I have so much distance from it. I say, 'Well that's not bad, that scene or what I did there.'"

"The Irishman" showed how vibrant an artist De Niro remains. He turns 79 in August, and the passage of time has been on his mind.

"You start managing your time, and you say, 'Well, should I do this? I would've done this 20 years ago, but now should I do it?'' he said. "All those things."

Just in time for Pride Month, comes a different kind of romantic comedy taking place on Fire Island, which also happens to be the title of this new movie streaming now on Hulu.

His legacy is secure, but one of America's greatest actors has a full slate of movies planned with some of our greatest directors. He promises the projects are, "interesting and worthy of doing."

As for the next generation of stars and who he admires, he was reluctant to single out anybody, because so many are so good.

But he did mention that Benedict Cumberbatch and Jared Leto have both impressed him.