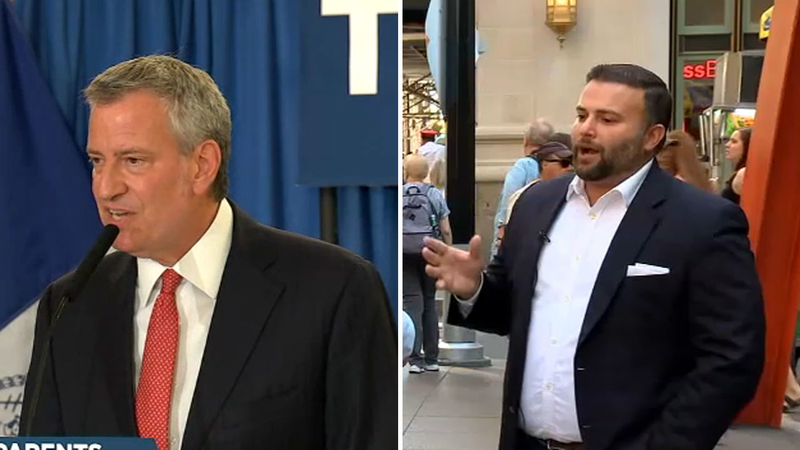 Chirlane McCray is accused of withdrawing city funding by her mental health program, ThriveNYC, for a first responder training program that is partly sponsored by a pro-police group.

Now De Blasio is furious at Councilman Joe Borelli from Staten Island and livid at the New York Post for what he calls politicizing the NYPD suicide crisis.

Nine officers have taken their own lives this year.

ThriveNYC was sponsoring a mental health seminar with Borelli for police and first responders, but Borelli and the Post claim ThriveNYC backed out because of a flier that included a logo for Blue Lives Matter -- a pro-police group.

"They were the ones who decided an organization they disagreed with politically wasn't suitable to be on a public flier with ThriveNYC, that's the pettiness," Borelli said.

On Thursday, Borelli released an email from a Thrive staffer that read:

"I think our office mishandled this. Let me know if you'd like to speak..."

But the two seminars have now been canceled.

"I'm sorry the mayor is upset but his agency dropped the ball," Borelli said.

"Pick up the godforsaken phone and say 'we got some problems, can we fix it?' I would have said, 'yeah, we'll fix it right now,'" de Blasio said.

The loser in all this are the police officers worried about suicide and mental health.

Borelli says he'll simply re-schedule the seminars for next month... but this time he says without ThriveNYC.