TIMES SQUARE, Manhattan (WABC) -- A standoff between a naked, emotionally disturbed man and police created quite the scene in Times Square Thursday morning, and much of it was captured on social media. 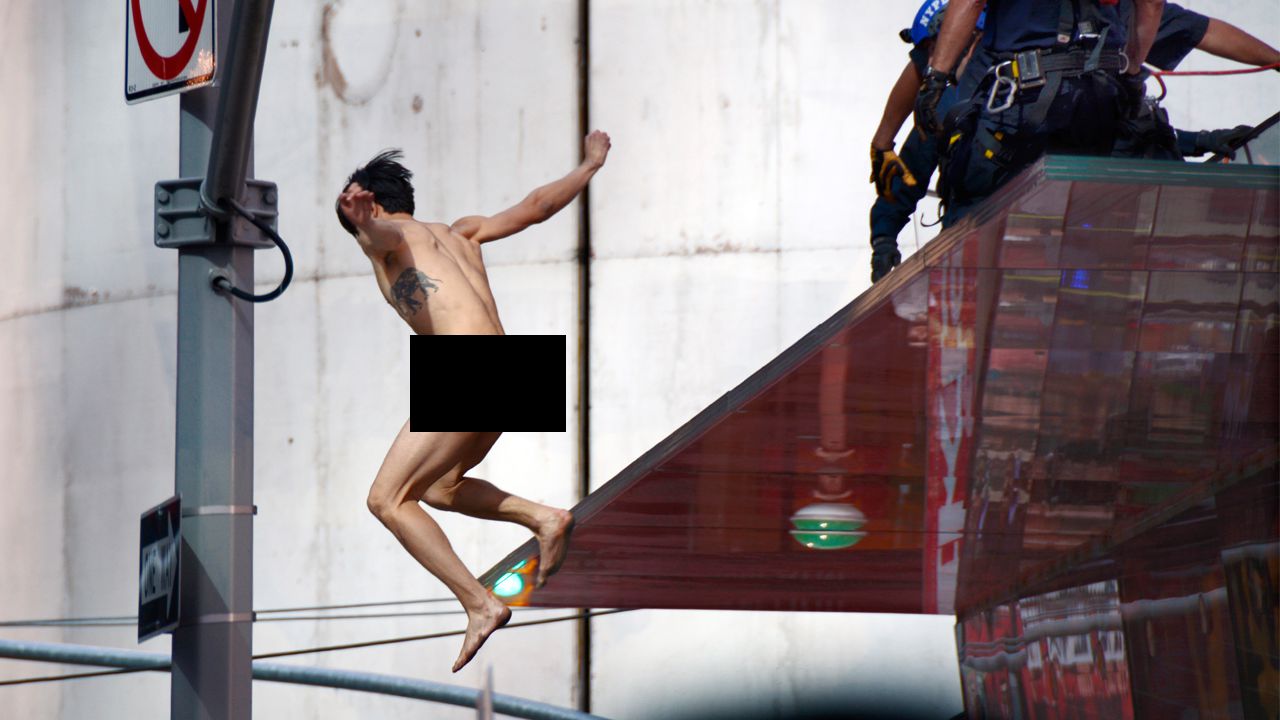 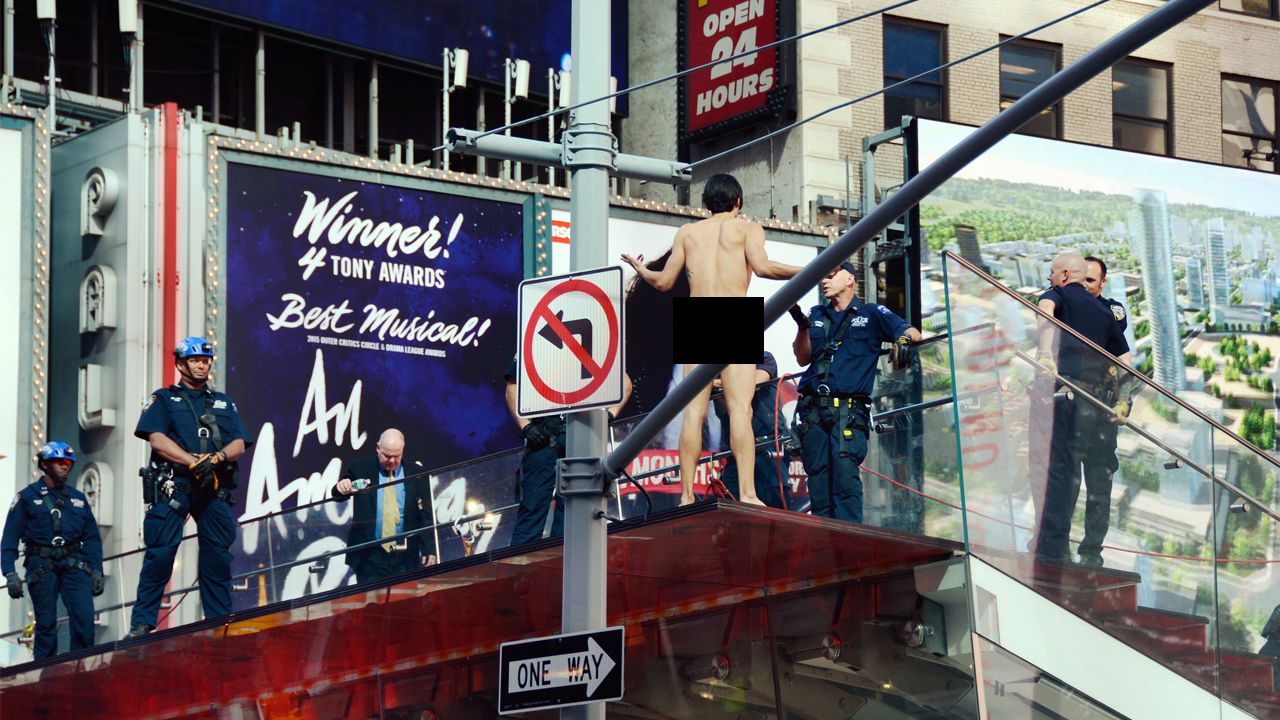 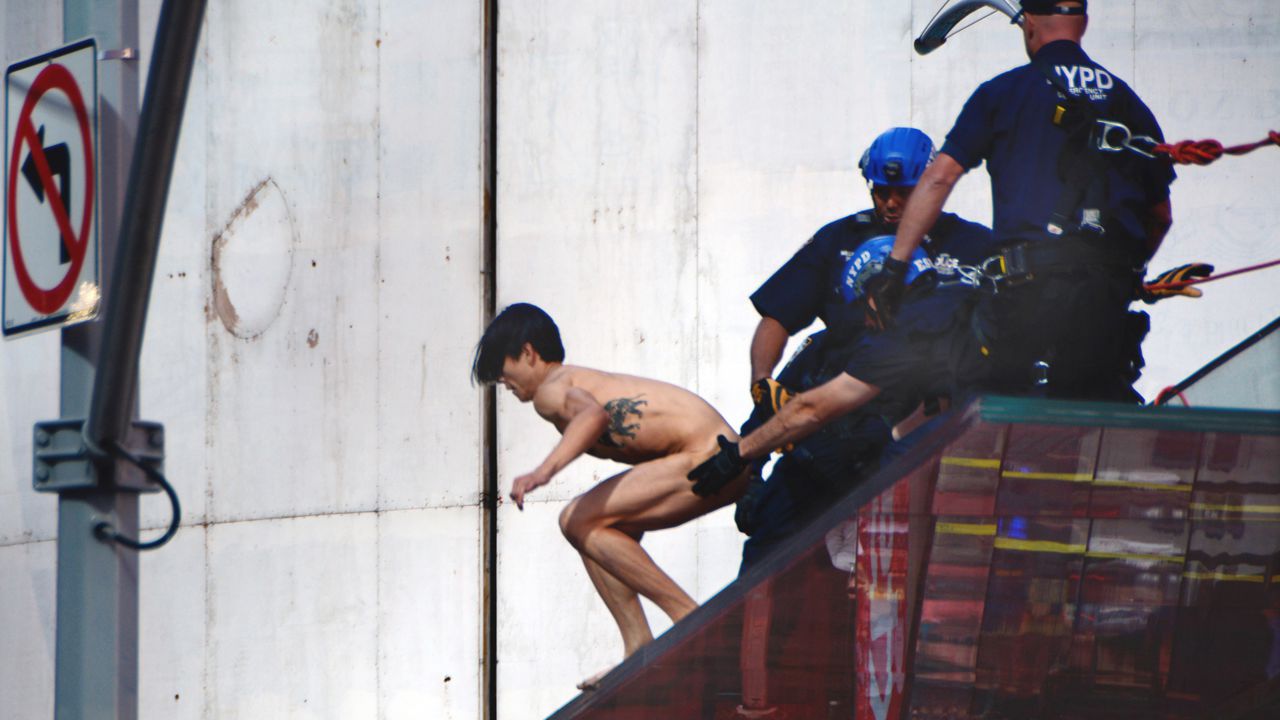 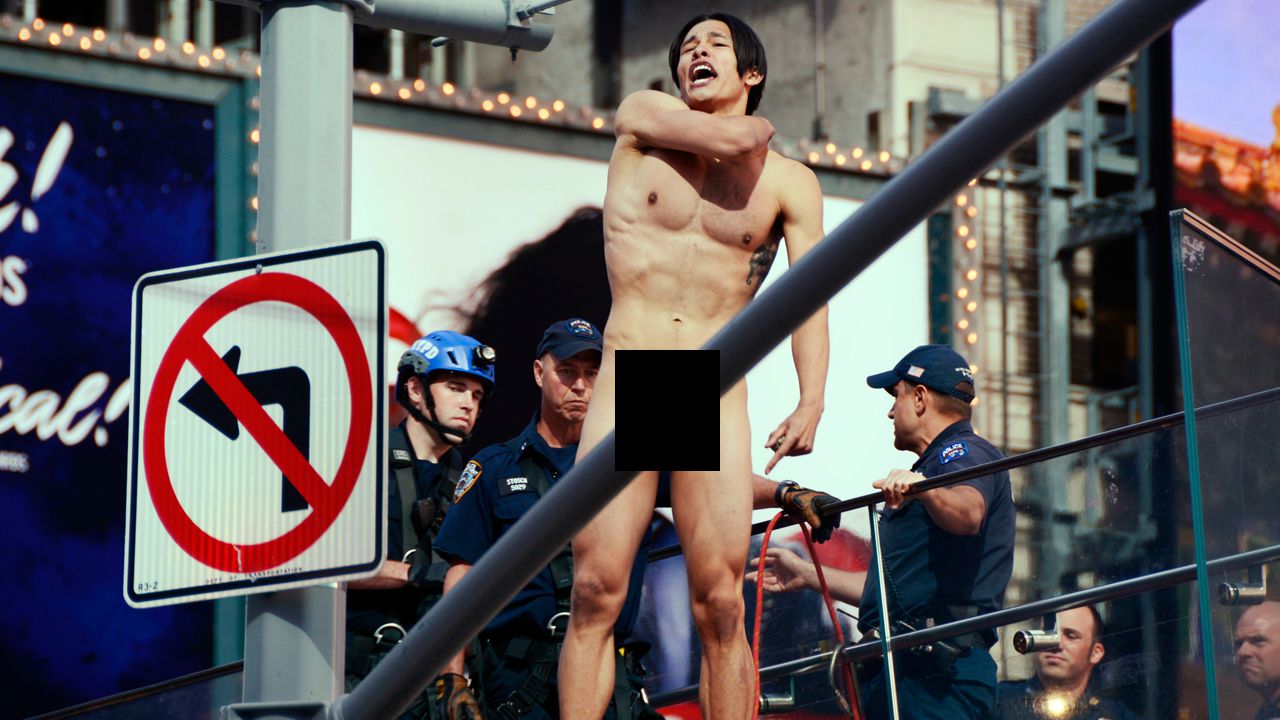 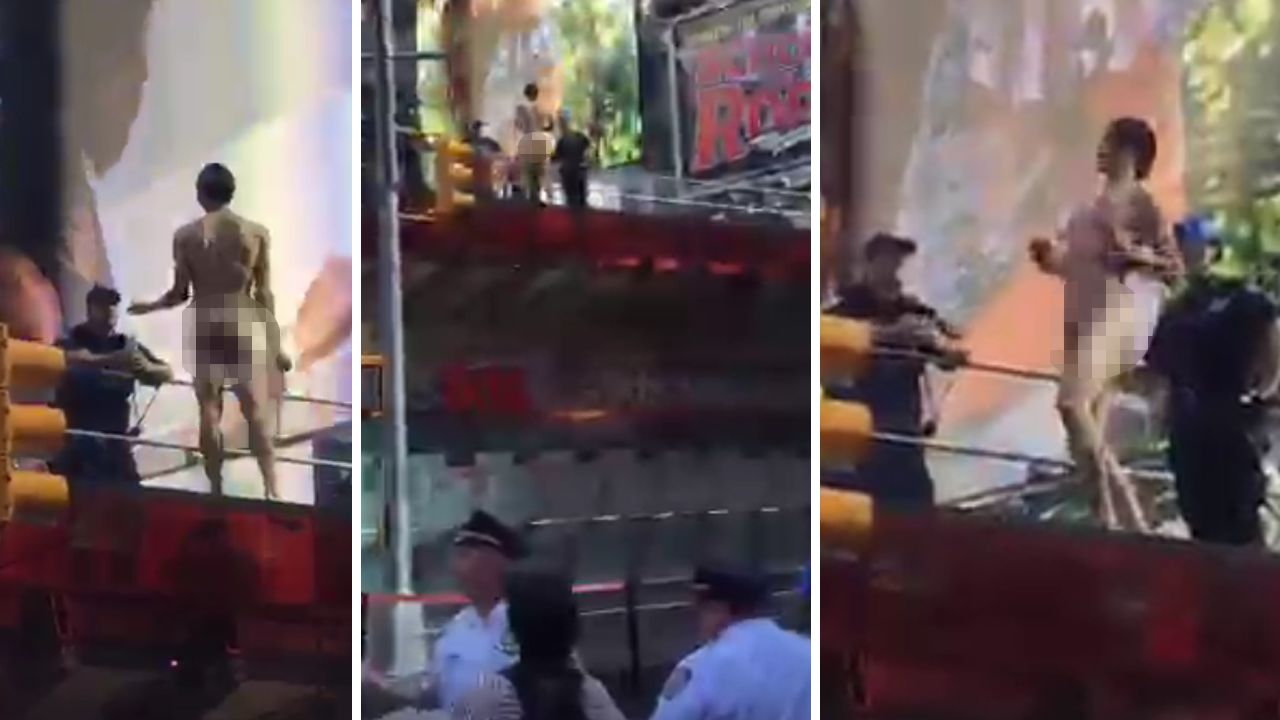 The was taken to Bellevue Hospital for treatment of psych evaluation and injuries sustained in the fall.