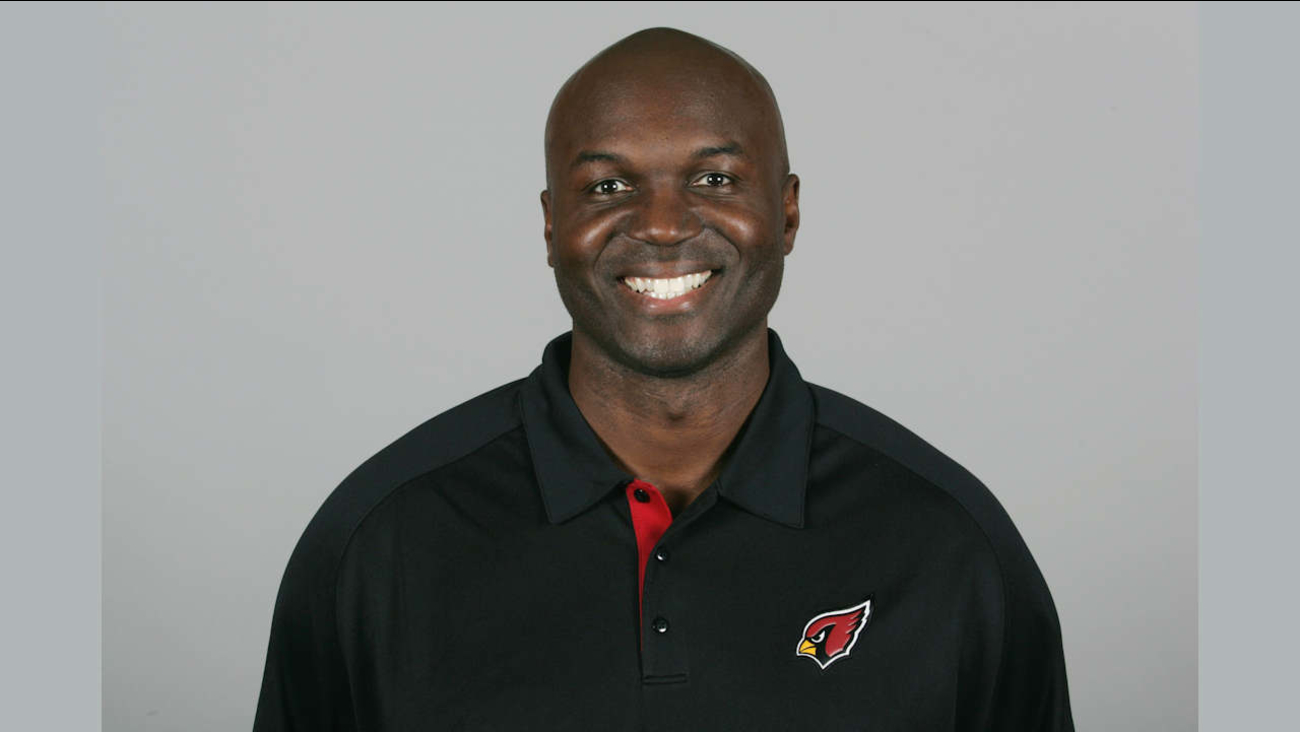 This is a 2013 photo of Todd Bowles of the Arizona Cardinals NFL football team. (AP Photo)

NEW YORK -- The New York Jets are close to an agreement with Arizona Cardinals defensive coordinator Todd Bowles to make him their head coach, according to two people with knowledge of the negotiations.

Bowles told ESPN in a text that he was taking the job, but the people told The Associated Press that no agreement had been completed as of late Tuesday night.

The people spoke to the AP on condition of anonymity because the deal had not been finalized.

"It's heading there," one of the people said, and it could be completed as early as Wednesday morning.

A few hours after hiring Mike Maccagnan as their general manager, the Jets were closing in on signing the 51-year-old Bowles to replace Rex Ryan, who was fired, along with GM John Idzik, on Dec. 29 after six seasons. Bowles, a highly sought candidate after leading Arizona's defense the last two seasons, had a second interview Tuesday with owner Woody Johnson and consultants Charley Casserly and Ron Wolf - along with Maccagnan - and apparently impressed the Jets enough to move forward.

The team canceled a scheduled interview with Carolina defensive coordinator Sean McDermott that was set for Wednesday. Bowles also called off a second meeting with the Atlanta Falcons for their head coaching vacancy that was scheduled for Wednesday.

It was believed that Seattle defensive coordinator Dan Quinn was the front-runner for the job, but teams aren't allowed to meet with him again until the Seahawks are eliminated or during the bye week before the Super Bowl. Instead of waiting for Quinn, the Jets brought Bowles back and worked to sign him to a deal.

It will be a homecoming of sorts for Bowles, who is a native of Elizabeth, New Jersey. He also served as the Jets' defensive backs coach under then-coach Al Groh during the 2000 season.

Bowles played defensive back for eight seasons in the NFL, including starting for Washington in the Super Bowl in 1988.

With the Jets, Bowles will inherit a solid defensive front seven - which was always Ryan's primary focus - with rising stars in defensive linemen Muhammad Wilkerson and Sheldon Richardson. The secondary, however, needs a major overhaul.

After several stops as a coach at the college and pro levels, Bowles was hired as the Miami Dolphins' assistant head coach and secondary coach from 2008-11. He served as the team's interim head coach for the final three games of the 2011 season, going 2-1 after Tony Sparano was fired.